Seasonal occurrence of margarodes In the Orange River irrigation area

Margarodes prieskaensis is widespread within the Orange River irrigation area in the Northern Cape. Table, raisin and wine grapes grafted on a variety of rootstocks are attacked and killed. It is also the only locally occurring Margarodes species that reproduces sexually with males and females emerging from the soil to facilitate mating. This characteristic makes chemical control of this species possible in contrast to other Margarodes species that remain deep below the soil surface for their entire life cycle. However, successful chemical control requires information on when the different life cycle stages appear and how long they remain active. Field and laboratory studies aimed at generating more detailed data of the above ground stages of M. prieskaensis were therefore conducted.

Preliminary observations indicate that the life cycle of M. prieskaensis proceeds as follows (De Klerk and Vermeulen, 2007): The nymphs that feed on roots are enclosed in hard, wax layers that forms a round cyst. During April, male pre-pupae develop from the cysts, move up through the soil and pupate just below the surface. The pupae moult once to winged males that appear above ground during June and July. During the same period adult females develop from cysts and move directly to the soil surface. After mating, females burrow down into the soil and deposit their eggs in the vicinity of roots. After hatching, nymphs insert their stylets into suitable roots to start feeding, while simultaneously secreting layers of wax to form new cysts. One generation is completed each year.

Field observations were conducted on the farm Klein Pella next to the Orange River near Pofadder. A heavily infested Sultanina (Thompson Seedless) vineyard grafted to Ramsey was used. Vines were 12 years old, trained on a gable trellising system with plant spacing 3.0m x 1.8m and micro-irrigated. Five single vines, approximately 50m apart, were identified as data vines during August 2006 based on the occurrance of females on the soil surface. Soil around each data vine was levelled (1.4m x 1.4m = 2m2) and during each observation the levelled area for each data vine was upturned to a depth of 8 to 12cm. All pre-pupae were collected by hand and counted. After each observation all pre-pupae were replaced by distributing them evenly over the whole surface sampled. Counts were made at 14 day intervals from March to June 2008. Females were counted every 14 days from June to September 2007 and May to September 2008. The same procedure as for pre-pupae was followed. Sticky, white, Chempac traps (10cm x 15cm) were used to monitor the seasonal occurrence of winged males. One trap per vine was placed near the soil surface and replaced weekly from June to August 2007. The number of males per trap was determined microscopically in the laboratory.

Pre-pupae collected from the vineyard were placed in Petri dishes. These dishes were kept in the dark in the laboratory at uncontrolled room temperature. Regular microscopic observations were made to determine the time of development from pre-pupae to pupae and adult males. The lifespan of males was also determined under laboratory conditions. Females developed from cysts in the laboratory as well as those collected in the vineyard were individually kept in Petri dishes to determine the lifespan and oviposition of each.

Adult males occurred from middle June and the population peaked within three weeks at the beginning of July (Figure 2). The population then declined and by middle August no males were present.

The following information regarding the biology of M. prieskaensis was generated by laboratory observations over two to three seasons:

In addition, observations over two seasons with a total of 839 females indicated that only 5 (0.6%) oviposited without mating. None of these eggs hatched.

Research results on the seasonal occurrence of male pre-pupae, adult males and females of M. prieskaensis represent essential knowledge on which control strategies can be based. Pre-pupae just below the soil surface should be controlled during the second week of April. As this stage does not feed, chemicals with contact or fumigant action should be used. Currently no chemical for the control of Margarodes is registered.

Adult males are only present from June to August and control measures should be implemented from the first week in June.

Control strategies targeting females (present June to August) should be applied from the beginning of June. Females also do not feed, again requiring chemicals with contact or fumigant action. It appears as if this species can only procreate if mating takes place. Strategies to prevent mating are therefore important for the control of this species.

The most prevalent in vineyards and well characterised molecularly, but still relatively unknown. Vast amounts of virus genome sequence... END_OF_DOCUMENT_TOKEN_TO_BE_REPLACED

The efficiency of filtration prior to bottling

Filtration is a complex process. The choice made by winemakers regarding filtration requires background knowledge to ensure that the... END_OF_DOCUMENT_TOKEN_TO_BE_REPLACED 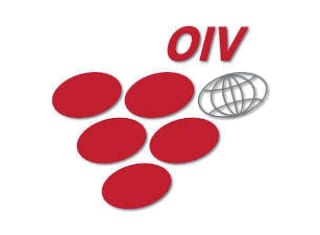 The 17th General Assembly of the International Organisation of Vine and Wine (OIV), which met on 19 July 2019... END_OF_DOCUMENT_TOKEN_TO_BE_REPLACED
Go Back
Shares