Water leakage and non-revenue water have become two of the biggest problems facing municipalities around South Africa in recent years. Under the leadership of André Kowalewski, Senior Engineer: Water Services, and in line with their vision of being a “City of Excellence” the Drakenstein Local Municipality in Paarl, Western Cape, began a 20-year master plan to replace old or aging asbestos pipes with HDPE pipes, thereby allowing them to achieve significant successes in reducing water loss throughout the municipal area. 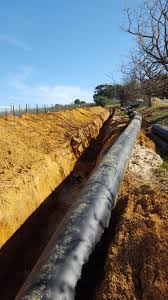 Background to the problem

The municipality began prioritising projects that included pipe replacements, the replacement of bulk and domestic water meters, pressure management, leak detection and repair, public awareness and upgrading information and management tools. Reaction time to attend to burst pipes was also reduced to less than one hour.  These initiatives have brought water losses down to an average of 16% – and 11% at its lowest.Ever-increasing water losses in the Drakenstein Municipality were surpassing demand growth. By 1999, the water losses stood at 34% and were increasing, thereby forcing them to investigate the reasons for the high water losses and find ways to mitigate these on a broader front.

The lower losses enabled the municipality to delay the construction of reservoirs and large pipelines for several years. There was also a decrease in the occurrence of burst pipes. However, the reduction in residual pressures in various pressure zones had the biggest water saving effect. 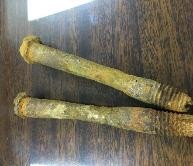 “Prior to embarking on the project, we carefully compared steel pipes with HDPE pipes. We were fully convinced that the latter offered us significant more advantages and impressive cost saving benefits. Taking the life cycle of the HDPE pipe as a material into account, it surpasses most other pipe materials. The pipes can also handle the fluctuation in water pressure and flow characteristics within the pipe design limits better than any other flexible pipe systems. If correctly designed, and with proper installation, an HDPE system – together with the fittings – will provide the lowest maintenance compared to any other pipe material system,” Kowalewski explains.The municipality has placed significant emphasis on replacing 14.2 km of old asbestos pipes with new HDPE pipes, at a value of R120 million.