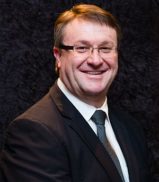 Kaap Agri, with Zeder as its biggest investor, made its debut on the JSE in June last year. The group has over 190 operating points located in eight of the nine South African provinces, as well as in Namibia.

“Although the current year remains challenging, our growth strategies are firmly on track to deliver superior returns in line with our strategic medium term plans and we remain optimistic that the coming agricultural seasons should improve.

“Continuous improvement of our customer’s engagement experience is key and we will continue to invest in our people and into revenue and cash generating capital expenditure.

During the past six months the group has seen low consumer and business confidence and the spending power of customers specifically in the Western Cape agriculture sector has being constrained.

These constraints are a result of the dry conditions and the impact of a strengthening Rand on exporters, particularly in the fruit industry. In addition, lower disposable income has also spilled over into the retail fuel sector.

Although growth in the retail sector in general has been slow, the group’s range expansion and improvement has allowed for strong retail growth in non-agri categories. This allowed for sustained positive growth in revenue.

Walsh highlighted that comparable revenue growth from like-for-like stores increased by 2.9%, reflecting the health of the group’s core businesses. This was driven by a 17.1% increase in the number of transactions, indicating more customers visiting stores. Also of note, is that total product inflation amounted to an estimated 3.7% and -0.5% excluding fuel.

As part of the group’s retail fuel expansion, The Fuel Company (TFC) owned and managed sites have grown fuel volumes by 40.5%. Additional TFC site acquisitions are at various stages of conclusion and the business continues to explore expansion opportunities.

The largest impact on Kaap Agri’s revenue has been experienced in Wesgraan and the affected trade regions where agri sales have been constrained. Grain handling revenue was significantly curtailed due to reduced harvests.

Expenditure was well controlled during the period and the business continues to invest in people and infrastructure to accelerate the growth initiatives underpinning the group’s strategic medium-term plan.

Walsh said that despite the challenging trading environment, investment into expansions, upgrades and acquisitions continued, resulting in a R86.5 million increase in property, plant and equipment since the previous financial year end.

“Kaap Agri remains well positioned to take advantage of its extensive footprint and diverse service offerings to maintain its strong organic growth and to focus on the acquisition of new business opportunities.

The group attributes its consistent growth to a strong culture of performance and accountability, with its people who are at the heart of the business, all fully aligned to key objectives,” Walsh said.