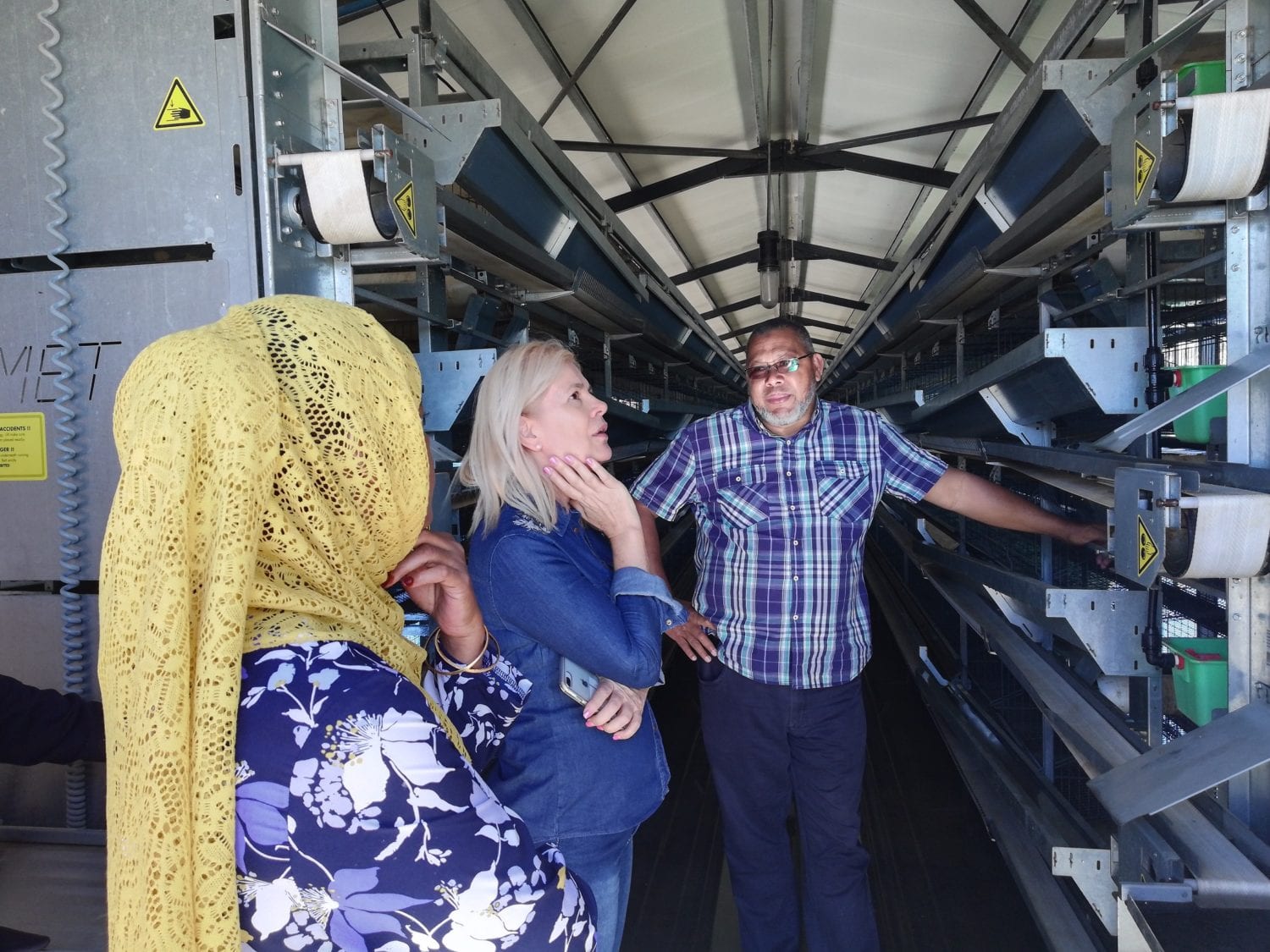 Minister Schäfer inspects the chicken houses at the Chamomile farm with Achmat and Wadea Brinkhuis.

Minister of Economic Opportunities, Beverley Schäfer yesterday released the results of an independent evaluation done to determine the success of agricultural land reform projects in the province which receive support from the Department of Agriculture.

The study, which rated the projects on 39 indicators in environmental, socio-economic and economic categories found that 72% of projects were successful in the period between 2014 and 2019.

This represents a 10 percentage point improvement on results achieved in a study undertaken to determine the success of projects between 2009 and 2013.

Minister Schäfer said: “The department set themselves goal of achieving a 70% success rate for land reform, and we have more than achieved this. These results show that the Western Cape’s commodity approach to land reform is creating successful businesses and farmers.”

While the constitutional mandate for land reform rests with the National Department of Rural Development and Land Reform, the Western Cape provides support to land reform projects through a unique and highly effective commodity approach where the support of 11 commodity groupings representing farming from horticulture to livestock, is leveraged to provide funding, market access and technical support.

Through this programme, and coupled with the additional project implementation support provided by our agency Casidra, the province has been able to provide mentorship, training, market access contracts as well as access to grant funding, equipment and infrastructure.

The Western Cape is the only province to have conducted an independent evaluation of the projects it supports and the results from the latest study indicate that the support package offered to farmers is creating a real impact in terms of business growth and their quality of life.

“What we are seeing from these results is that support is critical to a land reform project’s success,” Minister Schäfer said.

In order to ensure that the two studies are comparable, the Department commissioned Kayamandi Development Services, who conducted the original study, to complete the follow up. Additionally, the farms chosen were compared using the same set of parameters.

This is an improvement on results in the previous study, where 14% of farms had failed, and just 11% had been found to be highly successful.

To further test the improvements, the researchers made a direct comparison between 19 farms which had been chosen in both the surveys.

Overall, they found that these 19 farms had improved from an average rating of 59% during the previous evaluation, to a current 65%. Of the 19, 14 showed improvements, while the remaining five remained in the same category and did not worsen.

The most successful farms scored an average of 86% for the economic viability indicators which included basic business practices such as having registered a company and a bank account and being tax registered.

Minister Schäfer said: “It is clear from this survey that the farms that are run as a business are the most successful. Farmers that are tax compliant, and keep sound financial and production records, are the most likely to succeed. Unfortunately, the environmental indicators, like the use of renewable energy and waste recycling seem to be among the lowest scoring indicators, which gives us an indication of where our support and extension services should be focusing going forward.”

The report also indicates that those farms, where farmers had invested some of their own funds into the business tended to fare better than those where farmers did not.

The report found that this ensures that beneficiaries are more committed to the project because they have something of their own to lose. Slightly more than one third (36%) of beneficiaries contributed none of their own capital to the farm’s financial kitty.

‘What we have seen from the challenged projects is that many are situated in the Central Karoo and Eden districts and many farm with livestock. These areas are still dealing with the impact of the drought and we believe this may have had some impact on their success. However, we have also seen that these farms have a smaller degree of financial and tax compliance, and report lower ratings of relations between beneficiaries,” Schäfer said.

“What we are most pleased to see is that many of the beneficiaries are reporting that they have a better quality of life. The number one objective of land reform is ensuring that people are able to access economic opportunities and improve their lives,” Schäfer said.

–       A significant increase in the overall rating levels of satisfaction with life, with 47% indicating some improvements in overall satisfaction.

–       Beneficiaries rarely experience hunger, if ever and 37% have seen an increase in food security

–       38% have seen an improvement in the standard of physical living environment.

Some comments from farmers receiving support from the department:

Byron Booysen is a hydroponic farmer, farming tomatoes and cocktail tomatoes who received infrastructure support from the department.

“I could approach government and I could discuss with them what my goals and needs were over the next five years and with the support we’ve gotten from them, we have reached some of those goals,” he said.

Justice Mxokezeli, a mixed farmer from Bredasdorp said the department’s help in buying livestock was a key point in the development of his business.

“I’m looking to become a big guy. I want to be competitive locally and internationally through exports,” he said of his future plans.

Achmat and Wadea Brinkhuis started their farm Chamomile in the Philippi horticultural area 12 years ago.

“When the department first came here, me and Wadea bought five chickens and now we’re up to 13 000,” he said.

Some background on the research and the farms:

In total, 105 farms were evaluated from across all six regions:

Of these 105, 12 had only just recently received support and were thus deemed too immature to rate.

17 of the original 105 had to be replaced for various reasons. Of the 17, nine refused to participate in the study.

On average, each farm has 10 beneficiaries each.

The gender distribution between beneficiaries is fairly even, with 48% female and 52% male.

The average number of full-time employees per project is six. 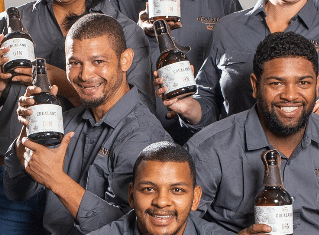 With the ever increasing popularity of gin, KWV Cruxland Gin is proud to announce that it has yet again secured the... END_OF_DOCUMENT_TOKEN_TO_BE_REPLACED

Comexposium (global event organiser) and Vinexpo Holdings (held by the Bordeaux-Gironde Chamber of Commerce and Industry – CCIBG) have... END_OF_DOCUMENT_TOKEN_TO_BE_REPLACED
Go Back
Shares