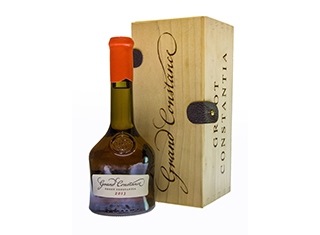 Groot Constantia’s Grand Constance 2013 won a platinum award for the Best South African Sweet Wine at the 2016 Decanter Asia Wine Awards. Wine has been produced on this farm since 1685 and Grand Constance, the French translation for Groot Constantia, is a brand from the Napoleonic era. Napoleon had 30 bottles of this wine shipped over to St Helena every month to ease his exile. Recently Groot Constantia purchased a 195 year old Grand Constance in an online auction on Catawiki and returned the bottle to the Cloete Cellar where it was produced nearly two centuries ago.