A day in the life of an agricultural economist 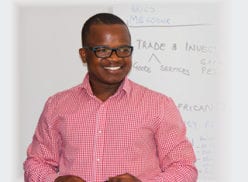 Agricultural economics is the business side of farming and Involves produce, policy and price which all affect the population.

Judy Brower, director of wine.co.za, told Business Insider that as a result of various factors, including the ongoing drought and fluctuating exchange rates, the cost of wine production is increasing. “For the wine industry to be fully financially sustainable, it will need to keep increasing its prices,” she says.

Economies of scale and equilibrium price might have had many first-year economics students pulling out their hair but Judy says academic concepts explained in microeconomics lecture halls around the world have implications that extend beyond the pages of textbooks.

The view of the agriculture faculty at Stellenbosch University is that agriculture is about more than just farming. Agricultural economics tries to firstly address the reciprocal relationship between the agricultural sector and the rest of the economy, and secondly it attempts to understand how farms can be managed more efficiently.

“The economics of farming also include an understanding of policy in order to ensure sustainability,” says Wandile Sihlobo, who has a master’s degree in economics from Stellenbosch University. “Though there are various streams of economics, agricultural economists study the market, which includes commodities, trade, policy and other factors.”

Stellenbosch University was the first tertiary institution to establish a department of agricultural economics in 1925. The faculty has had close on 2 000 Bachelor degree graduates and nearly 400 postgraduate graduates.

“The discipline of economics is wide. Usually the term refers to macroeconomics, but you get labour, energy, mining and other specialist fields in economics. Much of our emphasis is on a sectoral basis.”

Wandile heads Agribusiness Intelligence at Agbiz which was founded as the Agricultural Business Chamber in 1946 to represent the interests of agricultural cooperatives. In 2012 the Agricultural Business Chamber changed its name to Agbiz which now aims to ensure prosperity and sustainability in the agricultural sector. Agbiz Grain was established in 2014 and the following year the South African government and wine and brandy industry collaborated to establish WineBiz Desk.

Agriculture is a broad sector of the economy. Trading Economics reports that 5.59% of South Africa’s workforce was employed by the agricultural industry in 2015. According to the World Bank, various indexes, including cereal, food and livestock production, are used to measure the industry’s contribution to South Africa’s economy at large. About 1 121 000 of South Africa’s population of 51 million (2.2%) were economically active in agriculture in 2012, with the sector contributing about six billion US dollars (nearly R75 billion) in exports in 2015.

This vital industry requires measurability as it plays a constructive role in South Africa’s economic growth, development and transformation through job creation and food production. According to Agbiz, this measurability ensures the sustainability and competitiveness of agricultural businesses of all sizes and in all sectors.

Agricultural economics is fundamentally the business side of farming, Wandile says. This vital industry impacts South Africans in various ways, from providing employment to being a source of their daily diet and nutrition through produce purchased at supermarkets.

“I can write a 300-word blog post in 10 minutes and share that information,” Wandile says. “Seeing people enjoy that information, not in order to make immediate strategic decisions, is encouraging. Covering various aspects, such as how much corn is produced, enables us to understand concepts such as food security.”

Sources such as libraries often share vast amounts of information, but not about concepts explained in agricultural economics, Wandile says. “Sharing information online and in other media makes people aware of the realities that impact producers on a fundamental level.” Many of his Twitter followers have enjoyed information he’s shared such as the country’s dam levels.

This dynamic industry is constantly changing due to factors that influence it. “In the past five years much of the academic literature has not changed although the industry has changed,” Wandile says. “Climate change has influenced the sector aggressively, as have policy and technology.”

For students interested in pursuing this field of study, Wandile has the following advice: “Make sure you have a strong statistics background. You must be able to think quantitatively.”

Wandile says he’s excited about his budding career. “I’ve spent much of the past few years learning about and creating networks outside of the sector, such as with banking analysts, to see what I can apply to my research.”

No two workdays are the same for him. “I spend about 30% of my day looking at commodities,” he says. “I work for an organisation that produces research for our members and my day starts with a 6:00 research note for clients. Much of my workday involves research, looking at policy, meetings, more research, speaking engagements – and more research.”