A day in the life of a wine writer 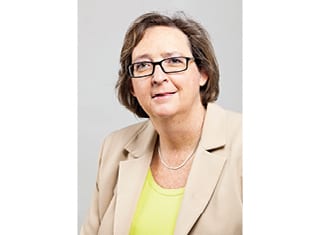 The late, great Los Angeles Times food critic Jonathan Gold once said, “I love going out to eat in the way a theatre critic loves theatre. I love going to farmers’ markets. I love sticking my hands in pots. And it turns out food is a good prism through which to view humanity.”

Pulitzer Prize-winning Gold may have been waxing lyrical about LA Food Trucks, but his sentiments reflect those of exceptional South African writers such as Fiona McDonald. She has been a distinguished member of South Africa’s wine community for over two decades. In 1991 her career as a news reporter, newspaper designer, subeditor and night news editor at The Mercury in Durban took a delicious turn when she helped a friend to organise the newspaper’s wine show. It led to her being assigned The Mercury’s weekly wine column and tasked with producing the supplement for the annual The Mercury Wine Week. She describes her experiences spent travelling from farm to farm to shape the supplement as a master class with some of South Africa’s best winemakers.

Her reputation as a journalist precedes her. She served as editor of Wine magazine for eight years after being headhunted in 2000 and currently works as a freelance writer and editor of Tops! Cheers magazine. She also serves as regional panel chairperson for the South African panel at the Decanter World Wine Awards, International Wine Challenge, International Wine & Spirits Competition and Concours Mondial de Bruxelles, among several other revered wine competitions.

Fiona has had many wine adventures but says one of her most memorable wine experiences was while holidaying in Bordeaux in 1996. “I was incredibly fortunate to have a one-on-one with the late Dr Paul Pontallier at Château Margaux – and it was in the middle of harvest too! The meeting was postponed three times in one week, but fortunately I was on holiday so I was flexible. Eventually he said, ‘Rain is forecast for tomorrow. See you at 9 am.’ It turned out to be a bright, sunny day without a cloud on the horizon so I was expecting another call to cancel – which never came. He was so generous with his time and knowledge and of course with the wine which was a special treat.”

A few years later while attending Vinexpo she found herself at the Bordeaux First Growth again, worlds away from The Mercury.

“I admit to having a moment of pinching myself to check if I was really standing on the lawns of Château Margaux, sipping Krug ’88 and rubbing shoulders with Michael Broadbent, Jancis Robinson and Serena Sutcliffe among others. I was in awe of all these wine personalities and was humbled to have been invited to the Grand CruClasse dinner. It was one of those ‘You’re not in Kansas anymore, Toto!’ moments and a long way from Estcourt, KwaZulu-Natal! Not in my wildest dreams could I have imagined swanning around in those circles!”

While wine writers’ adventures may induce career envy among some, the job is not just about going from one tasting to the next. It requires discipline and respect for their craft and means working with winemakers and marketers. “Sometimes it’s a day in front of my computer writing, while others could involve being in Stellenbosch, Paarl, Elgin or Robertson for a farm visit or a tasting,” Fiona says.

Her busy schedule keeps her homebound from July to August, as that’s when she tastes wine for the Platter’s wine guide. “About 20 cases of wine a week are delivered to my home office for me to work my way through. It requires discipline to line up all the bottles to be tasted, make complete notes and revisit the wine after four and again after 24 hours to assess development, and then capture the rating and tasting notes on the Platter’s database. That’s a pressured six to eight weeks!”

While the job of a wine writer is in essence to inform people about new wines, Fiona says it’s about more than that. “I’ve always believed it’s also to tell stories about the people and the places and what went into the wine as much as it’s about what’s in the bottle. That’s where I’ve done most of my learning about wine – talking to winemakers, producers and viticulturists about the place, their decisions, the accidents, the successes, and the blood, sweat and tears it’s taken to produce their wine. That’s besides the names of their dogs.”

Social media has democratised and changed the landscape for wine writers. It has also given readers a broader lens through which to view their work. This duality has provided diversity for readers, while producing fewer conduits for writers.

A former medical journalist, Fiona is well versed in conveying complex information in easy-to-understand language. When writers are critical of wine, she feels the approach needs to be holistic as they not only inform readers, but often influence their tastes and opinions. “If you’re critical of a wine, it needs to be done for the right reasons – not just because ‘you don’t like it’, which is frequently the case,” she says. “So firstly you need to be in a position to judge the wine objectively which means the level of your wine knowledge or tasting ability come into play.” Fiona has completed the Cape Wine Academy courses to diploma level to help hone her skills and maintain her objectivity.

“There needs to be a recognition that this product you’re either praising or dismissing is something that has taken at least a year if not two or three to make it onto the shelf –it’s someone’s bread and butter. So to my mind it firstly requires a certain level of knowledge and then accountability and responsibility.”

With so many freelancers looking for work and so few outlets for wine writers, Fiona advises that instead of pursuing controversy, they should find a unique angle. “If 15 or 20 people are at a vertical tasting of a historic brand the chances of being able to sell that story to a publication are slim as everyone has the same information. You should always look for something different.”

For those who’ve found their angle, she advises, “Be brutally honest and pragmatic, and don’t expect to have a well-paying career! You’ll get to meet amazing people and enjoy great wines but you certainly won’t get rich. It helps if you have another income stream and the wine writing is merely a sideline.”