The hottest month of a typical year in the Western Cape is the month of February with a mean monthly temperature reaching 21.60C (Agromet, Nietvoorbij, 1998). Similarily in South Australia February is the hottest month with a lower mean monthly temperature of 20.25C (Australian Bureau of Meteorology, 1998). When taking the coldest month into account, July is seen to represent both regions. The mean monthly temperature in South Australia reaching 9.25C (Australian Bureau of Meteorology, 1998) while the Western Cape demonstrates a warmer winter with an average low of 12.35C (Agromet, Nietvoorbij, 1998). The mean monthly temperatures experienced in South Australia are visibly several degrees lower than those experienced in the Western Cape (Fig. 1). The minimum temperature at which a vine is still physiologically active varies from cultivar to cultivar and is also related to the specific area in which a vine is grown. It can therefore been seen why cultivar selection is so important and why the choice of cultivars might differ between South Australia and the Western Cape. A factor influencing the selection of cultivars includes fluctuations in temperatures within these regions. It is however important to note that not only climatic factors will influence the choice of a specific cultivar in a certain region. Cultivars of the same type can be chosen in both areas but will be subject to variations in temperatures, therefore producing wine with varying properties and nuances. Cultivars such as Riesling, Sauvignon blanc, Bukettraube, Cabernet Sauvignon and Pinot noir are grown in both these regions, but will exhibit varied characteristics which will partly be due to the influence of the climate in which they are grown. Delayed budburst occurs to a lesser extend in South Australia than in the Western Cape.

Evapotranspiration
The relationship between rainfall and evapotranspiration contributes to the aridity of a region (Jackson & Spurling, 1992) and is a significant factor in viticulture in both the Western Cape and South Australia where the warmer growing season is also the time of lowest rainfall (Fig. 2). In areas where the effective evaporation exceeds rainfall for much of the year there will be a marked contrast in stress levels when compared to areas where the effective rainfall exceeds evaporation (Jackson & Spurling, 1992). Unfortunately, no evapotranspiration figures could be obtained from Coonawarra. Taking the data concerning temperature, rainfall, radiation and sunshine hours in consideration, it can be surmised that evapotranspiration in the Western Cape exceeds that in South Australia. This may have important effects on the stress level occuring in vines during ripening in these two regions.

Soil is the most important factor that must be taken into account when considering vineyard cultivation. This applies to any viticultural region in the world and will ultimately result in determining the growth and productivity of a vine. Grapes are adapted to a wide range of soil types and it is evident that there is a preference for a certain soil type in nearly every grape growing district (Saayman, 1981). Soils are difficult to deal with in a broad sense due to the fact that the type of soil can range from gravelly, sandy to heavy clays, from shallow to very deep and from low to high fertility (Saayman, 1981). This applies to both South Australia and the Western Cape where soil classification is a very involved and complicated task.

Texture
Texture is a fixed soil characteristic which cannot be influenced by soil manipulation, but does, however, have a marked influence on manipulation techniques (Van Huyssteen, 1981). The classification of soils in South Australia was mainly developed by Dr Keith Northcote in 1979. According to Dr Northcote the most common soil types to be found in South Australia include the uniform texture profiles (the U soils) and the duplex texture soils (the D soils). These U soils include sands, loams, non-cracking clays and cracking clays. The D soils consist of red duplex soils, brown duplex soils, yellow and yellow-brown duplex soils and black duplex soils. The most prominent soils found in areas under intense vineyard cultivation consist of a variety of soil textures. These include solonetz and solodized solonetz, solodized brown soils, desert loams, calcareous desert soils and desert. The most common soil types to be found in the Western Cape include duplex soils with sandy or loamy topsoils on clay, structureless red- and yellow-brown apedal soils, structured soils, wet and darkly coloured soils and shallow soils on rock (Saayman & Van Huyssteen, 1981). It is difficult to evaluate soil texture as a comparative feature between these two regions due to the fact that the soils vary so widely within each region. It is however recognised that vines will thrive best on well aerated soils – medium sands to loams are ideal, but vines will tolerate well drained clays (Gordon Cook, 1965). It is further evident that the soils in the Western Cape occur in a more complicated pattern than in South Australia and that within the same area the local soils are much more varied in physical properties. It can therefore be stated that, based on texture, the soils in the Western Cape are of a lower potential for vine growth than those in South Australia.

PH / Acidity
The pH or acidity relates to the presence of hydrogen ions in the soil. The amount or level of acidity in the soil is measured by the pH. The ideal pH for viticultural purposes is a pH (KCl) which ranges between 5.0 to 7.5 (Saayman, 1981). Acidity varies widely from region to region and is influenced by both climatic and soil factors. The soils of the Western Cape are mostly characterised by high le-vels of acidity and therefore low pH values, a feature mainly found in areas of high rainfall (Fig. 2). South Australia which has lower levels of annual rainfall than the Western Cape is considered to be a more arid area (Jackson & Spurling, 1992) and it is in such areas that soil alkalinity occurs (Encarta Encyclopedia, 1997). Differences in levels of pH or acidity will necessitate differing methods in soil preparation or management, for example the addition of pH stabilising m aterials in order to obtain optimum vine growth conditions. The higher levels of lime addition to soils in the Western Cape necessitate more intensive soil preparation procedures than are generally found in South Australia.

Structure
Both the Western Cape and South Australian soils demonstrate the full spectrum of soil structures. The principle forms of soil structure have been classified as being blocky, spheriodal or polyhedral, prismlike and platey (Macvicar, et al., 1991). In the Western Cape the soils are known to be hampered by depth limitations and weak physical structures (Saayman & Van Huyssteen, 1981). These structures will consist of natural aggregation within the soil which can be to such a great degree that vine root penetration is prevented. Compound units or peds form within the soil and are separated from one another by planes or surfaces of weakness (Macvicar, et al., 1991). Most of the soils in South Australia exhibit characteristics which suggest that root penetration will be medium to deep. Solodized brown soils and calcareous desert soils (Northcote, 1981) are very prominent as vineyard soil. The solodized brown soils exhibit higher levels of restriction to root penetration due to the presence of hardened subsoil layers (Northcote, 1981) and are more accurately compared to the soil structures of the Western Cape. Structure is therefore a difficult comparative factor due to the considerably wide range of structures which occur within these two regions and from vineyard to vineyard. In general, however, it is evident that soils in the Western Cape are shallower than those found in South Australia.

Soil Management
In the Western Cape soil management is intensively applied (Saayman & Van Huyssteen, 1981). This intensive soil management is necessary because of the weak physical structure and limited depth characteristics of Western Cape soils (Saayman & Van Huyssteen, 1981). It is important to increase the potential zone for root penetration and to improve on the soils moisture holding capacity. The soils of South Australia require different forms of soil management (Barnes, 1957). With the sandy soil types that predominate it is the constant aim to protect the soil surface from wind erosion and to improve their ability to store the rainfall water and plant nutrients. Where vines are planted in loamy soils farming methods used must be those that will protect the soils from water erosion and increase water storage (Wells, 1959). The emphasis on storing rainfall water in both the soils of the Western Cape and South Australia is essential because a shortage of water (Fig. 2) in the summer can be an important contributory cause of low yields.

Conclusion
The comparison between the Western Cape and South Australia has shown how two successful Southern hemisphere viticultural regions demon-strate both similarities and differences with regards to climate and soils. The successful growing of the vine is not solely dependent on one factor, but is as a result of the combined influences of both the climate and the soils. The fluctuations in climate and variations in soil types within these two regions will contribute to the development of unique grape and wine characteristics. In general it is evident that South Australia has a cooler climate during ripening than the Western Cape. Therefore the ripening process is slower and the harvesting date later than in the Western Cape. This enables the production of different wine styles. Soil is a distinguishing characteristic in any region and varies widely according to its origin. It is the more intricate of the two factors to compare as such a wide spectrum of differences can occur from vineyard to vineyard. Both South Australia and the Western Cape provide soils which support this statement. Good soil management is essential to establish the most favourable soil conditions in a specific region. Soils can vary greatly within a given region, and even within a vineyard. The basic factors of soils are demonstrated clearly within classification systems and enable a comparison to be carried out. A general comparison between soil and climatic factors within the Western Cape and South Australia has demonstrated that vineyard cultivation takes place under a wide variety of conditions. When analyzing these two regions it can be seen that both soil and climatic differences do occur which provide conditions under which different wine styles can be produced.

Barnes CP, 1957. Soil management in regions. In: The yearbook of agriculture, US Dept. Agric., Washington DC

Wells CB, 1959. Soils and land use in the Barosa district, South Australia. Series no. 30, CSIRO, Australia 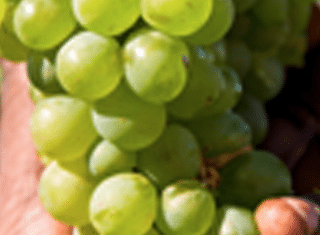 Spain has focused on producing organic and biodynamic wines for its export markets since 2014 and the strategy seems... END_OF_DOCUMENT_TOKEN_TO_BE_REPLACED 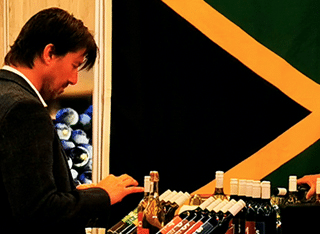 To stay on top of your game in a shrinking world, you need to know what’s happening in the... END_OF_DOCUMENT_TOKEN_TO_BE_REPLACED 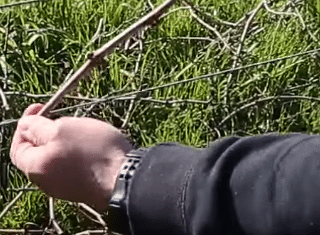 The Guoyt is an arched cane pruning system that’s used internationally with great results. But what does this entail,... END_OF_DOCUMENT_TOKEN_TO_BE_REPLACED
Go Back
Shares