A need for change 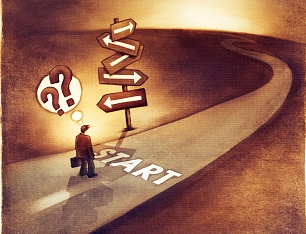 There was a definite, new sense of urgency at the 2017 Nedbank VinPro Information Day. From the call for unity by VinPro’s new chairman, Anton Smuts, to appeals from the floor for higher grape prices, there was one consensus: a need for change and structural reform.

With clear targets from the Wine Industry Strategic Exercise (Wise) presented as measurable goals in VinPro managing director Rico Basson’s State of the Industry, realities of lack of profitability were laid bare. A quote that he cited from last year’s Information Day by former Santam CEO Johan van Zyl was particularly relevant in terms of the current status quo: “Without change, minimal new opportunities arise and the game becomes too easy. We need change but you need a plan that you understand!”

The only difference is, the wine game is no longer easy!

The South African wine industry has traditionally been predominantly production driven, with the focus being on producing grapes and then coping with either the surplus or shortage at hand. The term “price taker” was frequently used throughout the day and this is a direct result of the current system.

VinPro’s head of consultancy, Francois Viljoen, showed that there was a clear shift to higher production since 2010, even though vineyard plantings started dipping in 2006. Higher yields are no longer a sustainable lever to remain profitable. Increasing value and improved marketing has become a necessity and this current shortcoming was robustly highlighted.

In the panel discussion about unlocking value, Origin Wines MD Neville Carew emphasised that there is a gaping shortcoming in terms of marketing and finance skills in the industry. He stressed that marketing talent needs to be incentivised and paid well. Fellow panellist, Carew’s counterpart at Distell, Richard Rushton, also called on the industry to improve its marketing efforts and added that the industry needs an institute or centre to improve the pool of wine marketing expertise.

Again cautioning against a price-taking mentality, Meridian MD Gavin Dittmar, responded by saying that “marketing” should not be confused with discounting, accentuating the clear shift from volume to value.

In 2015 South Africa had the burden of an 80 000 tonnes surplus of wine grapes, while we are facing possible shortages less than two years later. Equilibrium is the Wine Industry Strategic Exercise (Wise) target for 2025 and a serious shift to a market-orientation is required to achieve this. 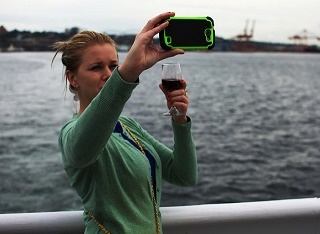 Get those eggs out of one basket

Based on a study of the significant cycles of the South African wine industry over the past 300 years, Stellenbosch University’s Prof Nick Vink illustrated that South Africa has historically been heavily reliant on export markets. The domestic market – with a particularly low per capita wine consumption – holds significant potential, but has been neglected.

Well-respected industry commentator and chair of the panel discussion, Michael Fridjhon, succinctly stated that the Kwazulu-Natal bottled wine market exceeds that of the US and that Bloemfontein drinks more South African wine than Sweden, despite often disproportionate effort and investment in the international market.

Consumer insights expert and MD of Foshizi, Lebo Motshegoa, entertainingly presented what makes the younger, black urban market tick. Wine has not achieved a fraction of the share of throat compared to the likes of whiskey and beer, with Motsehgoa sharing pertinent insights to unlock potential.

Rushton – who swapped beer for wine in his move to Distell – said that beer was the only “show in town” and that the focus should shift from competition among wine producers to winning market share from other alcoholic beverages. He highlighted that new entrants to the wine market is crucial and that premiumisation and subsequent price increases will follow.  According to Rushton, the industry would greatly benefit from at least five significant brands with scale – whether they are from Distell or not.

In terms of the international market, Carew pointed out that more than 70% of South African exports are limited to a handful of markets, which further amplifies the price-taker dilemma.

The Wise target states that by 2025 the USA, China and Africa should represent 25% of South Africa’s total wine exports – a figure that currently stands at a meagre 11%.This explains Carew’s view that wine marketers should spend at least 90 days per year abroad and that winemakers should also start booking their flights. 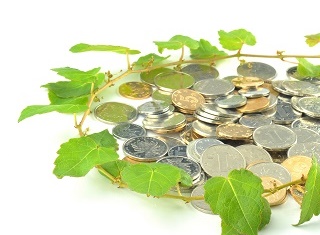 ROI in the rooi

The wine industry has been under prolonged financial pressure and uprootings, lack of new plantings and a boom in alternative crops in the winelands are to be expected. Something simply had to give! Although the wine trade now has the highest overall turnover ever, primary producers are not seeing the benefits. Basson estimates that total vineyard hectares will dip to at least 90 000 (after peaking at 102 000 ha in 2006), with about 1 000 hectares being lost annually.

The call for a price increase of R2.50 to make wine producers sustainable is not new, but was unsurprisingly brought up during the discussion. So, how do we get out of the red zone?

Ironically, for me the answer lies in Francois Viljoen’s annual chicken analogy, which was the bravest chicken in the world – a cocky number that stood in front of KFC. Some brave decisions need to be made to correct the lack of profitability. This pertains less to production and more to bigger picture business considerations – what Rushton referred to as “structural reform”.

Noteworthy consolidations have recently taken place and more of these are surely to follow. Strategic alliances and joint ventures are also likely to become more pertinent and prevalent. According to Vink the average size of area under vines per producer already increased by more than 30% from 1994 to 2014.

Carew advised that a proper assessment of the value chain can allow wineries to not only get their pricing right, but play smarter. This assessment should, however, span beyond the direct value chain. Also a panellist in the discussion about unlocking value, Kanonkop proprietor Johan Krige said that wine businesses should scan the environment and change their “game plan” as required. 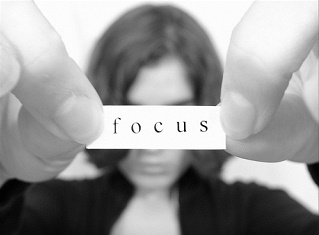 In 1981 Kanonkop’s management decided to focus on Cabernet Sauvignon and Pinotage. Half of the vines on the property were uprooted and replanted. Now that’s real focus and they have reaped the rewards in the long run.

Krige explained that you dance with only three women on your wedding night (your wife, mother-in-law and mother) and that this focus is also required in the wine industry. This focus does not simply refer to cutting extensive ranges (although that’s not a bad idea either), but to define a business in order to achieve real focus. He describes Kanonkop as a “lifestyle business” and the brand image and relating business decisions are guided by that principle.

From a broader industry perspective, the question could be asked: What should be uprooted in the current South African wine industry to make it more focussed and smarter defined? Diversity might be in our nature, but dancing with too many women lands one in hot water. 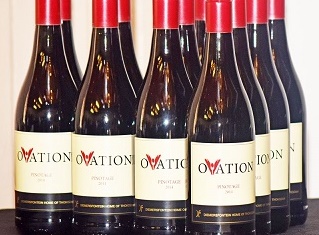 In trying times, success stories are imperative to keep the collective industry chin up. Thokozani director Denise Stubbs gave an honest reflection of her journey of turning farm workers into shareholders of a sustainable empowerment enterprise.

She highlighted that a charming tale is not enough, emphasising that quality wine and solid business fundamentals apply, like in any other enterprise. Sentiment does not pay the bills and in Thokozani’s case, following Woolworths’ suggestion of a name change certainly paid off. While the Thokozani brand was successful, it did not quite take off in the local market. Changing it to Ovation was a momentous turning point and boosted a commendable partnership with Woolworths.

Thokozani has successfully seized the opportunity of wine tourism and boasts self-catering cottages and a conference centre. The business’ entrepreneurial spirit and energy was evident and Stubbs has clearly honoured Diemersfontein owner David Sonnenberg for investing in transformation through Thokozani, but convincingly stated that you have to “come to the party for the right reasons”. South Africa as a country desperately needs more success stories. Stories of passion, profit and empowerment. Are you ready to come to the party?