A page from the citrus industry’s book 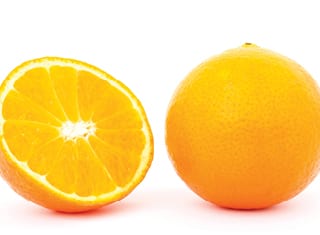 Driven by an increasing focus on the East and America, citrus exports have soared in volume and value over the past five years.

Citrus is the Western Cape’s top agricultural export, just ahead of wine, and forms part of the edible fruit and nuts grouping which is ranked seventh overall in total South African exports. With 76% of the total citrus crop destined for ever-expanding overseas markets, the wine industry would do well to take note of what drives this industry’s growth in exports.

There has been strong growth in both the volume and value of citrus exports over the past five years. Close on 1.8 million tonnes citrus were exported in 2017, compared with nearly 1.5 million tonnes in 2012, and in the same period gross revenue grew by 18% to R17.7 billion. “This growth can be ascribed to the simple market factors of supply and demand, which vary among the citrus commodities,” Citrus Growers’ Association (CGA) information manager John Edmonds says. “The demand for grapefruit has been relatively stagnant for several years. One of our biggest consumers, Japan, has a large population of older people who enjoy grapefruit. Naturally this market will shrink if the younger generation doesn’t adopt the same eating habits.”

On the other hand, soft citrus such as mandarins, clementines and satsumas has shown good growth due to strong marketing efforts, especially in America, and the fact that easy-peeling citrus is preferred to oranges for out of hand eating. However these commodities are more fragile and expensive to deliver from the orchard to the home. “Improving technology and logistics worldwide will reduce these shipping challenges going forward,” John says. A growing middle class can also afford more than just a subsistence diet and focuses on healthy eating. Countries such as Russia and China have experienced a hike in citrus imports, notably related to their population dynamics and trends.

FROM EUROPE TO THE EAST

South Africa’s main citrus export market, Europe, has matured and become more challenging, so exporters are increasingly looking to the East. Europe has also become more challenging and costly to supply. “Barriers to entry imposed by the European Union to mitigate against the risk, or perceived risk, of phytosanitary issues such as citrus black spot and false coddling moth are a massive challenge, but efforts to comply with the increasing demands have made the South African citrus industry more efficient,” John says. Unlike the wine industry that’s supported by Wines of South Africa’s global marketing and promotions efforts, the citrus industry has little to no collective effort to promote its product. “I think as the export volumes continue to grow and the supply and demand dynamics evolve people or groups involved in the citrus industry will have to consider promoting the country’s brand to maintain growth – and will perhaps look to the wine industry for guidance,” John says.

So who are South Africa’s biggest citrus competitors? Although China is the largest citrus producer in the world, the Chinese consume most of their production domestically. Brazil is also a huge producer of oranges, but most of its fruit is processed into juice. South Africa dominates when it comes to the export of oranges and grapefruit in the southern hemisphere, while Australia does well with oranges in China. Argentina is South Africa’s biggest southern hemisphere competitor in northern markets, specifically for lemons. Chile, Uruguay and Peru are relevant in terms of soft citrus, but focus strongly on North American markets. Northern hemisphere competitors include Spain, Turkey, Egypt and Morocco on the shoulders of each season. This year in particular, late Egyptian oranges have hampered the export of South Africa’s early oranges in May and June.
“We do see opportunity in markets where our competitors experience crop losses,” John says. “America, specifically Florida, has been battling Asian Greening Disease which has had a devastating effect on its production of grapefruit in particular. Our main competitor for lemon exports is Argentina, where producers are often affected by weather events such as freezing.”

At the same time, the recent drought in South Africa had a marked impact on the 2016 export season, especially for oranges and grapefruit. But the northern producer regions have recovered well, while the effects of the drought in the Western Cape have been less marked in terms of national export volumes.

“We welcome sound trade agreements, such as the Tripartite Free Trade Area agreement, which will unite SADC, COMESA and the East African community and create much-needed market access opportunities,” CGA CEO Justin Chadwick says. With South Africa taking over the chair of Brics, which will give priority to the promotion of value-added trade and intra-Brics investment into productive sectors, the stage is set for the citrus industry to address market access constraints in Russia, India and China, he says.

“The CGA represents approximately 1 400 producers of export citrus throughout Southern Africa, including Zimbabwe and Swaziland. And with R17.7 billion in revenue from exports, the industry looks forward to continuing to put bread on the tables of the close to 120 000 South Africans in its employ.”

The term citrus refers to four fruit groups: oranges (Valencia and navel), soft citrus (clementines, mandarins and satsumas), grapefruit, and lemons and limes. 76% of SA’s total citrus crop is exported, 6% is sold locally and 18% is processed. A third of South Africa’s citrus exports are destined for Europe, 18% for the Middle East and 16% for Southeast Asia. Citrus spans over 77 708 ha in SA, of which 41% is cultivated in the Limpopo province, 26% in the Eastern Cape and 17% in the Western Cape. SA is the 13th largest producer of fresh citrus in the world, but the second largest exporter after Spain. Valencia oranges constitute 43% of total exports, navel oranges 17% and lemons 16%.