Adapt or Die: The world of wine is changing – but in which direction?

The world of wine is changing – but in which direction? Anton Pretorius finds out. 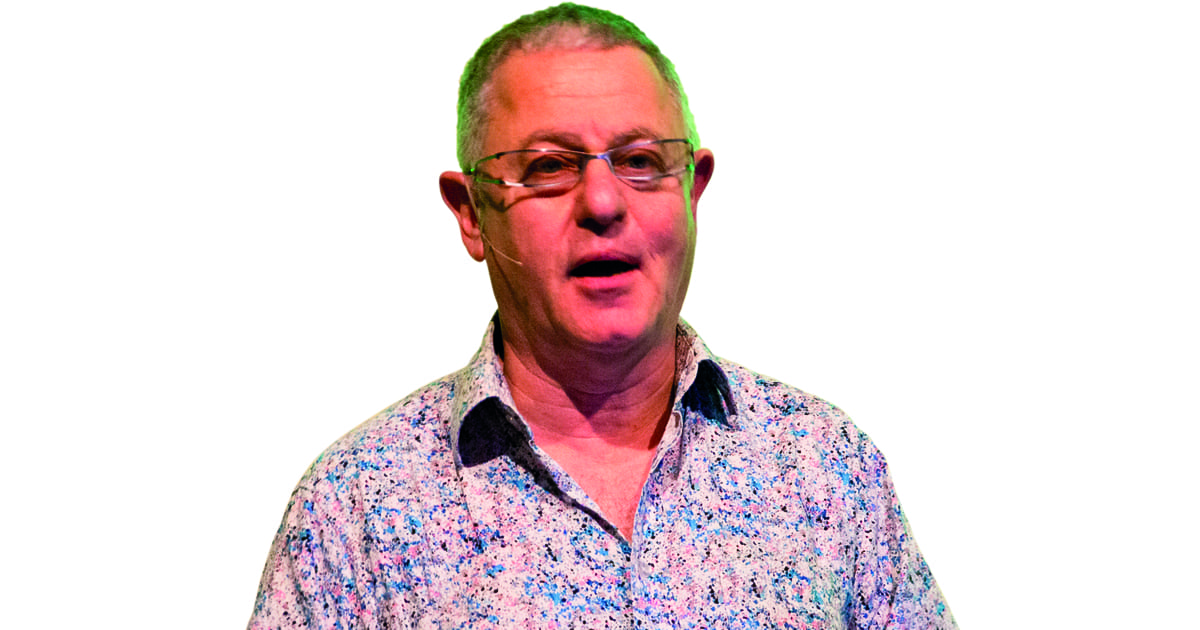 But in a landscape bursting with opportunities for innovation, it’s becoming increasingly clear that risks need to be taken. At the conference, he challenged the attitudes to unorthodox approaches of doing business and asked why winemakers and merchants won’t move with the times. “With technology, climate change and consumer habits fast evolving, wine can’t be made, packaged, marketed and sold the way it is now,” he says.

There’s a big disconnect between the technical aspects of wine a small group of wine experts feel qualified to home in on, and the reality that the vast majority of drinkers don’t care about things such as appellation and fermentation, and just want to drink wines they like, says Robert. “The problem starts with wine bottles that look pretty much the same, whether they cost US$10 or US$100 (R140 – R1400) and the failure to educate consumers about the differences is the fault of wine producers.”

The market doesn’t necessarily care where the wine comes from, he says. “Consumers only care about buying the product they’ve had before. We want the thing we had the last time. That’s the way people buy beer and spirits. It’s the way people are now buying wine. If the idea holds true, how can organisations provide the sameness that consumers want while reinventing the product’s appeal?”

Today, having a great product simply isn’t enough to sell a bottle of wine, Robert says. Organisations have to fight for their spot on the shelf by whichever means possible, including investing as little as seven percent of their budget in a marketing plan. “Marketing budgets are important. If you’re not representing yourself in a noisy market, then you’ll disappear. Many don’t recognise the importance of investing in a marketing budget as they are still blinded by the belief that ‘If we make nice wine, people will buy it.’ Marketing doesn’t have to be grandiose, it just needs to share a story that hasn’t been told yet.”

Take the success of JD.com. It’s China’s biggest online retailer and biggest internet company by revenue. It sold 50 million bottles of wine online in 2018 – and did this by spending 20% of ex-cellar prices on marketing. “A JD.com executive told me the same amount is spent on other products the company markets such as cosmetics and tech, so why not on wine? This is what’s wrong with the wine industry. We fix our prices based on what our neighbours do. We don’t spend enough money on marketing our brands.”

New technology such as augmented reality (AR) can help promote wines. “Consumers who scan a wine label can listen to a description of the wine or put on a pair of virtual reality goggles to go for a walk through a vineyard,” Robert says. 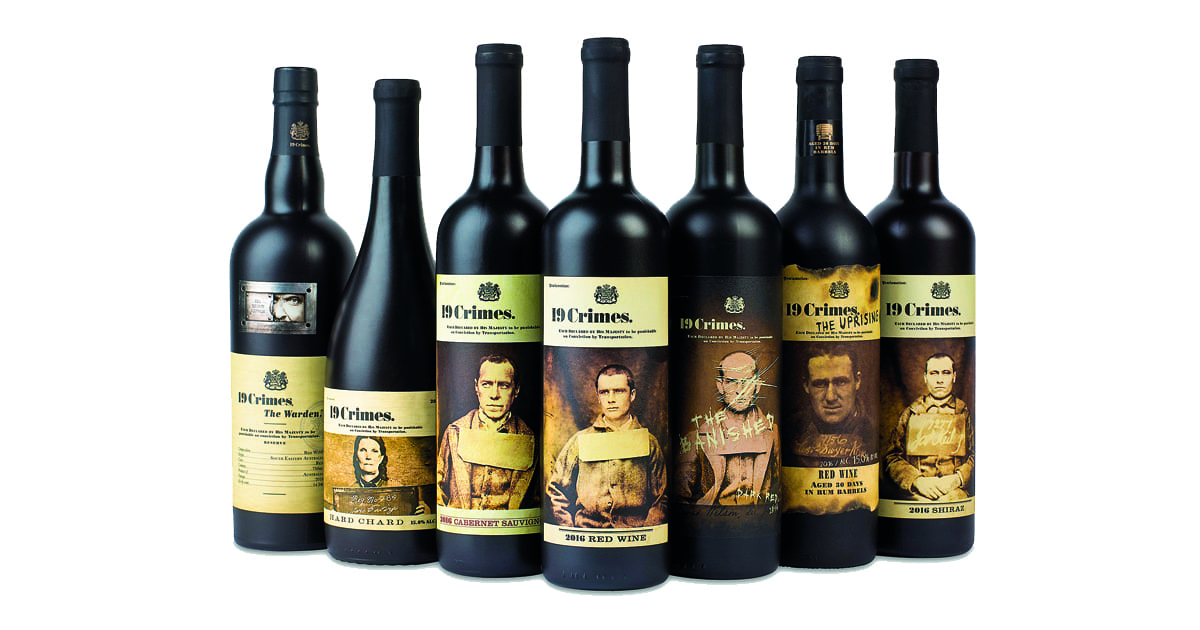 The 19 Crimes wine brand allows consumers to come face to face with history’s most infamous convicts to hear their side of the story through the AR app, which has been described as “living wine labels”.

Treasury Wine Estate in America is currently rolling out an AR app for at least four of its wines globally after the 19 Crimes pilot brand became one of its most successful marketing activations. The shopping experience for wine is increasingly becoming like traditional consumer packaged goods at the point of purchase, CEO Michael Clarke says.

“The decision to invest in AR, initially for the group’s more millennial-orientated and fast-growing 19 Crimes brand, was about adding an experiential element to the wine buying and consumption experience,” he says. The 19 Crimes wine brand allows consumers to come face to face with history’s most infamous convicts to hear their side of the story through the AR app, which has been described as “living wine labels”. The app has gained significant popularity and has had more than 800 000 downloads in America alone since its launch in in 2017.

Locally, Overhex Wines International has made headlines by launching a trio of wines with novel labels. Supported by AR app technology, the Mensa labels reveal a series of books and illustrations that come to life on your smartphone. “This technology is a quirky, fun marketing tool to promote your wine, but its full potential is yet to come,” Robert says. “Imagine taking a tour of the winery by just pointing your phone at a wine bottle or being able to download a book because you were able to scan the label. The possibilities are endless.” 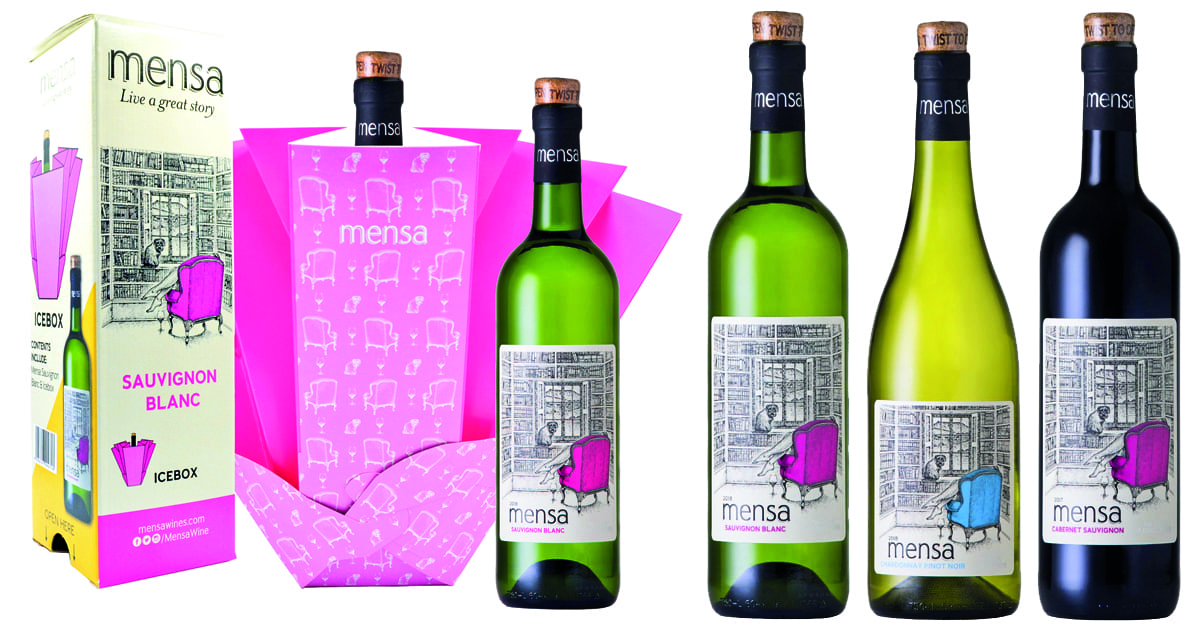 Supported by AR app technology, the Mensa labels reveal a series of books and illustrations that come to life on your smartphone.

He also uses the example of a Taobao app that was used as promotional tool at a recent wine show in Shanghai. “Within 35 seconds of a picture of the label being uploaded to the app, it had identified the wine, given its details and offered an option to buy it on the spot,” he says. “There’s no need to wait to find a wine shop or know how to pronounce the name of a wine or read wine critics’ reviews. If the consumer likes it, they can buy it right away.”

Robert believes Artificial Intelligence (AI) has the potential to have both positive and negative ramifications on the wine industry. “It could soon play the part of a virtual sommelier and drastically alter the way wine buyers and enthusiasts choose the right wine,” he says. Cloud-based voice services such as Amazon’s Alexa, Google Home and Apple’s Siri could also change the way we choose our wine through machine-learning algorithms and personal preference detection.

Drinkcentral.com.au reports Pernod Ricard has teamed up with Australian bars and pubs to use data to increase traffic through the doors and engage with its brands by offering free wi-fi services. Vice president of consumer insights and planning Tim Murphy says the true opportunity is targeting and being able to focus on a specific consumer, a specific occasion and a specific behaviour.

Think outside (or inside) the box

An online UK wine merchant has started delivering bottles that fit through letterboxes so consumers will never miss a delivery again. Naked Wines, whose parent company is Majestic, will start dispatching the unusual Garcon Wines products that still hold the standard 750 ml but are half the width of the standard wine bottle.

Naked Wines founder Joe Revell came up with the ingenious idea two years ago after listening to a friend complain about missing an order. “The new thinner shape will put a stop to having to stay home to receive the delivery or risking a neighbour being around to answer the door,” he says. “Instead the bottle can be slipped through the letterbox.” Although the 32-cm-tall bottles are made of plastic they will be sent out in cardboard boxes to soften the fall and reduce the chance of breakages and wines spills. 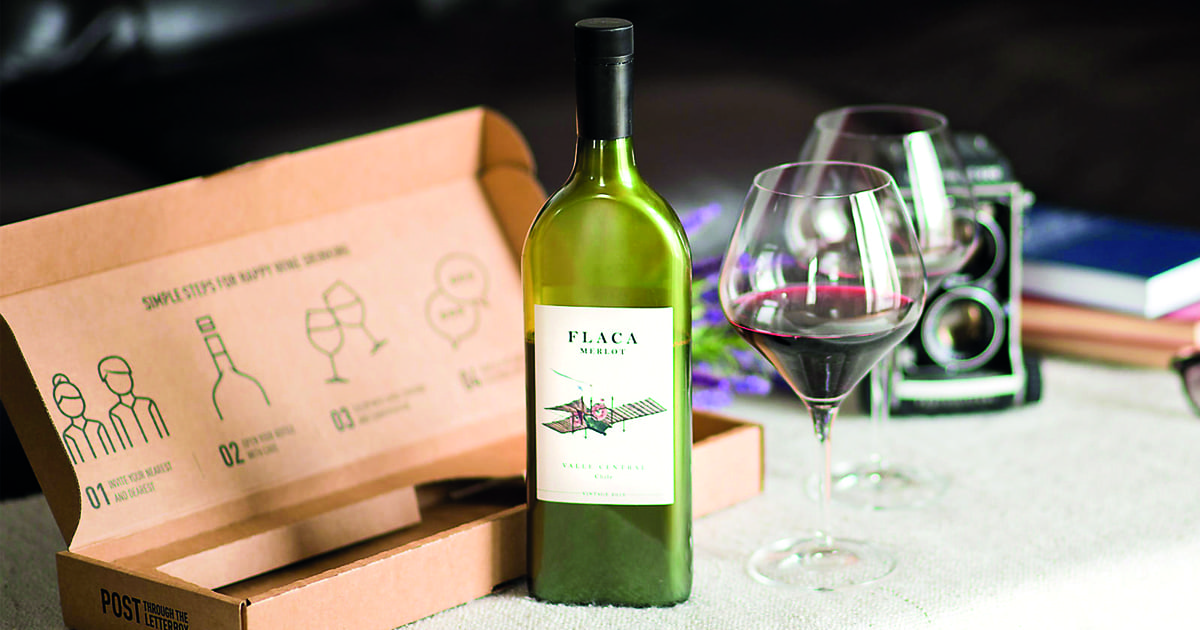 An online UK wine merchant has started delivering bottles that fit through letterboxes so consumers will never miss a delivery again.

This is one example of outside-the-box innovation inspired by consumer trends. Robert cites Cupcake Wines, who in 2008, shamelessly hitched its wagon to the cupcake craze that swept across America. The company’s wines are now selling like hotcakes.

Using a screwcap bottle of Domaine de la Romanée Conti, one of the most prized reds from Burgundy, as an example, Robert says the wine bottle closure debate centres on corks versus screwcaps. “Why not use other alternatives?” he asks. Vinolok, for instance, is a glass closure that works very well. “Why are wine bottles in 75 centilitres?” Chinese consumers can’t drink that much in one sitting so the quality of wine has decreased when they reopen the bottle the next day. “Why not make 50-centilitre bottles to ensure the wine is good? Single-serve wines packaged in cans might just become the norm over the next decade. For most consumers, walking into a wine shop is a terrible experience. Why not make them more experiential like bookshops with cafes?”

Robert understands that to survive, you have to get creative. “The benefit of thinking outside the box and doing something a little different outweighs being complacent with the ordinary.” After witnessing some wine producers succeed with their creative efforts, he encourages others to make bold moves.

“Wine tourism and entertainment are foreign to the wine connoisseur. But it’s what sells the product. It’s not what we think of as the wine business. It’s what we think of as entertainment. When consumers look at a shelf, you have to give them a reason to pick your bottle. What can you do to stand out among others that look like you and essentially sell the same thing?”