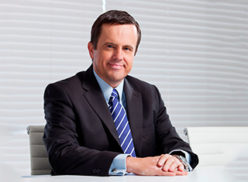 The United Nation’s 2018 Economic and Social Council (ECOSOC) partnership forum has issued a global call to action for private businesses and investors to invest in sustainable business models aligned with the United Nations’ Sustainable Development Goals (SDGs). Speaking at the United Nations Headquarters in New York, UN Deputy Secretary-General Amina Mohammed emphasised the need for joint innovative solutions to end world poverty and creatively address the growing demand for food and need for sustainable consumption, on a global scale.

Today, over 200 million people are unemployed globally and nearly one billion people live in extreme poverty. Speaking in light of World Innovation Day, observed on the 21st of April, Chris Potgieter, Head of Old Mutual Wealth Private Client Securities says that apart from the sound investment case for investing in the global agriculture and food value chain, investments in agriculture address a number of critical United Nations Sustainable Development Goals (SDG) by tackling issues such as extreme poverty, food security and lack of job opportunities.

While agriculture on its own may be a small percentage – less than 5% of GDP, the pervasiveness of agriculture in supporting other industries is quite significant. Despite the positive knock on effect agriculture may have on other industries, Africa’s potential for agricultural production is not being realised. Agricultural yields in Southern Africa are currently only 4.2 tons per hectare, compared to the global average of 6.1. However, to substantially increase these yields will require greater investments in quality inputs and better farming practices. “Farming in Africa has long been seen as coming from an individual sustainable basis, but to be successful in achieving the SDGs, we have to industrialise the greater agriculture industry which rests on the key pillars of infrastructure, education and mechanisation,” adds Potgieter.

Investments into infrastructure and education, while not direct investment into agriculture, are two key enablers to improving the industry. The average age of farmers in Africa is 60 and with 60% of Africa’s population falling under the 24-year mark, the need for early education and inclusion of young skilled people into the value chain is highlighted. Potgieter points out that, “Infrastructure investment is crucial for effective irrigation, mechanized production processes and reliable transport routes but education goes hand-in-hand with job creation within these evolving industries.”

As with any industry that’s main purpose is to contribute to society, a forward looking view needs to be adopted and technology is the catalyst for evolution in the agricultural industry. “Innovations in science cannot just focus on one aspect of farming, the entire value chain needs to be mechanised. The drought in the Western Cape has highlighted the importance of having climate resilient crops, but we also need to employ smart irrigation techniques and ensure we have proper storage facilities for times like these”. “Geo-mapping, a technology that helps farmers gather essential data using satellite technology combined with soil condition sensors, will help farmers make better decisions and increase farming efficiency”, he adds.

While a lack of infrastructure remains one of Africa’s largest obstacles, improvements are taking shape in this regard. This is evident in the number of listed companies – both local and international – who are at the forefront of exciting innovations that address water scarcity, climate change and its unintentional consequences.

“John Deere and Company comes to mind in this respect, as they are so much more than just a tractor company. They invest heavily in smart farming for future growth along with the GPS technologies that increase efficiency and targeted biological research which contributes to global sustainable farming practices.”

And this kind of innovation is not limited to big corporates, Potgieter adds, pointing out that other smaller companies are following in the footsteps of Deere when it comes to breaking agricultural boundaries. “An interesting agriculture holding is Alphabet, Google’s investment arm which encompasses the Farmers Business Network – a service that connects farmers with each other, giving them the opportunity to share data on their farms’ inputs and practices, thus empowering farmers to make better decisions. Farmers can source and sell collectively and smartly, by capitalising on big data in a smart and practical way.”

South Africa has also seen a rise in technology companies that are exploring large scale data collecting systems that could potentially change the farming landscape in South Africa. “The Internet of Things (IoT) has changed how we live. And through large scale data collection specific to farmers, Smart Farming in South Africa will be the norm. Through the use of data sensors, farmers will be better equipped to deal with unpredictable climate patterns, exposure to new pests, diseases and alien vegetation”, adds Potgieter.

Potgieter concludes that while there is still a fair amount of ground to be covered in effectively addressing SDGs, the way forward is clear. “By investing in new and improved farming practices and technology, combined with financing along the value chain, investors will find that they can make a positive contribution to the achievement of the SDGs, as well as benefit from the investment opportunities that arise from them.”