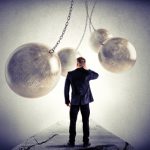 The agricultural sector has proved it can adapt to change and will continue to do so to ensure sustainable growth.
Speakers at the Cape Agricultural Employers’ Organisation (CAEO) annual general meeting in Paarl looked at some of the hard realities facing the industry, but were confident producers have the inherent ability to overcome these challenges.

While the South African economy has been stagnant for the past five years, the agricultural sector has bucked the trend and is doing fairly well.

Renowned economist JP Landman states that per capita income has not kept up with the annual population growth of 1.65%. Following increases in income of 1.5% and 1.3% in 2014 and 2015 respectively, Landman expects this figure to decline even further over the next two years.

Although the number of agricultural producers has halved since the ’90s, production has increased by 40% during the same period. “It’s complete nonsense that fewer farmers means less production or that agriculture is collapsing,” Landman says.

He adds that land reform is a constitutional imperative, which leaves the agricultural sector and government with two dualities which they should be able to manage successfully. “We have a highly developed commercial sector on the one hand and a large subsistence smallholder sector on the other. There’s also a clash between efficiency and equity,” he says.

Not business as usual

Agrifusion director Stephen Hobson laid out the implications of the amended codes, which were gazetted in June and were due to be implemented in October. Major changes in the Agri BEE codes include a change in the annual turnover threshold for exempted micro enterprises from R5 million to R10 million, and from R35 million to R50 million for qualifying small enterprises, which must comply with all elements.

The scorecard elements have been reduced from seven to five with the introduction of priority elements. Management control and employment equity have been grouped together under management control, and preferential procurement and enterprise development now fall under enterprise and supplier development as the other combined element. These two new elements, plus ownership, are the three priority elements and carry the greatest weight.

“Plan ahead, get advice and implement appropriate strategies,” Hobson says.

A pilot project in the deciduous fruit sector is looking at a new method of resolving disputes in the workplace. National senior commissioner of the Commission for Conciliation Mediation and Arbitration (CCMA), Afzul Soobedaar, outlined the Western Cape Fruit Sector Pilot Workplace Mediation Project. “Compared to conciliation – the current CCMA process – mediation is non-statutory and voluntary for all parties and can be used to resolve conflict before it becomes a dispute,” he says. “The agreements flowing from mediation are not enforceable, however participants are more likely to comply due to the voluntary nature of the process.”

The turnaround time for the conclusion of the mediation process, which is managed by CCMA representatives, is 10 days from the date of a request being filed. The pilot project was launched in March and ran to the end of August.