by Johannes Richter | Aug 2, 2017 | Development and Transformation, Business and Marketing

How can the agricultural sector truly make their mark on South Africa? By taking ownership, establishing partnerships and adapting to change.

“Agriculture is such an integral part of our lives; we consume agricultural products on a daily basis,” said Dr Mathews Phosa, former Mpumalanga premier at the annual Agri Western Cape Conference in Rawsonville last week.

However, apart from its role in putting food on the country’s table, earning foreign income and creating jobs, the sector has a crucial role to play in contributing to socio-economic development, enabling sustainable implementation of land reform and adapting to climate change.

“We all agree that success is dependent on a healthy, productive and skilled workforce. If you pay your workers an increased wage, you would want them to be healthy and productive. Be proactive in partnering with government on socio-economic investment and not only the sector, but you as individual commercial farmer will reap the rewards,” said Phosa.

Phosa urged the farming sector to make use of regional structures and municipalities to improve service delivery. “You pay property tax, but often the people on your farm don’t receive the basic services that you’ve paid for. It is also Government’s responsibility to ensure that schools in farming communities are established, maintained and equipped. Hold them accountable for this.”

By involving farm workers on community forums on issues such as safety and policing, they will realise that they too share the responsibility. Upskilling workers will lead to greater productivity – from basic adult education to specialised training on the use of new technology. 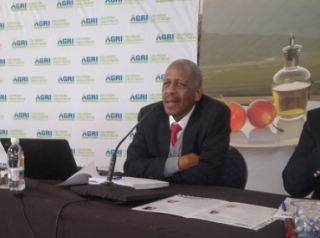 Take politics out of land reform

“Remove the emotions from land reform and act in accordance with the South African Constitution,” said Phosa. He added that populist statements about this sensitive issue will only serve a political purpose and will bring about no positive change.

Chris du Toit, former Agri SA president and now chairman of Boland Kelder, agreed. “The only way in which we will achieve sustainable land reform that brings about economic growth and prosperity, is by serving the country’s interests above political interests.”

According to him land reform will fail unless the basic legal and economic principles are understood and applied. “Stick to the basics of supply and demand.”

Close to 40% of the country’s agricultural potential lies in the former homelands of Ciskei and Transkei. “These are some of the most fertile areas with the most rainfall. The farmers want to stay there and farm. Why not target them as new entrants in terms of agricultural land reform?” said Du Toit.

He added that farm workers who have first-hand farming experience and want to stay in rural areas should rather be given the opportunity to own land rather than having an influx of beneficiaries who don’t know the area or specific farming enterprise.

Phosa encouraged the commercial farming sector to engage with emerging farmers through partnerships, mentoring and market access. “This, along with a solid business plan will hold the key to sustainable land reform,” he said. 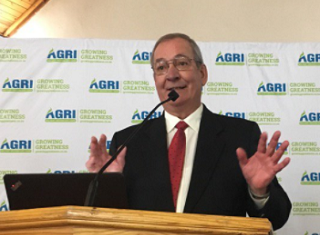 Just like land reform, climate change should also not be met with emotions or fear, said Prof Stephanie Midgley, researcher at Stellenbosch University’s Agri Sciences Faculty. “By understanding the impact, but also the opportunities, climate change can be a catalyst to revitalise the agricultural sector. Innovation, investment and education are needed to achieve this.”

According to her the reality of climate change has only recently sunk due to the current drought and wildfires. “We will be seeing more of these extreme weather conditions, along with flooding and thunderstorms,” she said.

The past three years were the hottest on record globally. In the Western Cape the days are expected to become warmer and winter rainfall will decrease.

“We’re seeing a seasonal shift, with traditional winter rainfall areas experiencing more rainy days towards spring and even November,” said Midgley. This might hold the potential to successfully cultivate alternative crops that might be in demand in global markets where climate change has had a negative effect on production.

She encouraged the sector to take advantage of the Smart Agri Project, an initiative of the Western Cape Department of Agriculture and other stakeholders. This includes measuring and reducing your business’ carbon footprint through the Confronting Climate Change initiative, utilising renewable energy, removing alien invasives from dams and rivers and using adaptive technology such as shade netting. The Department’s Fruitlook initiative also assists farmers through satellite imaging to monitor and manage their water use in vineyards and orchards more closely. 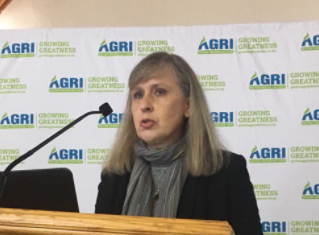