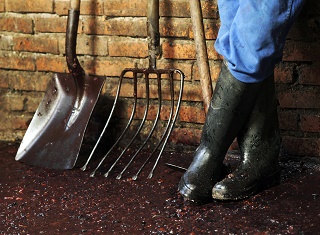 Jobs in the Western Cape’s agriculture sector have increased by 17%, according to the latest figures from Statistics South Africa bringing the unemployment rate down to 23.6%, the lowest in the country.

Alan Winde, Minister of Economic Opportunities, said Stats SA’s Quarterly Labour Force Survey, which was released in February 2017, showed that 250 000 people were employed in the province’s agriculture sector. The numbers were for the fourth quarter, namely October to December 2016.

Minister Winde said the Project Khulisa focus areas played a key role in the 70 000 jobs added overall to the Western Cape’s economy in the last quarter of 2016. According to the report, the Western Cape’s unemployment rate is 20.5%, compared to national at 26.5%. The province’s Labour Force Participation Rate, an indicator of how many people are working or actively looking for work, is at 68%.

“In total, jobs grew by 70 000 in the fourth quarter and by 6 000 year-on-year, bringing our broad unemployment rate down to 23.6%, the lowest in the country. We know this is still not good enough. It is important to note that employment numbers between quarters can vary greatly and are influenced by a range of factors, and annual comparisons do offer a more balanced view on jobs growth. Over the past year, jobs in primary agriculture have grown from 214 000 to 250 000.

“In the Western Cape we’ve had a good harvest and the unemployment rate in the non-metro areas dropped to 14%, despite the ongoing drought. We prioritise conservation agriculture, which has limited the impact of the drought in some of our agricultural regions. We also reported on the gains in tourism as visitor arrivals increased across the province, and the progress we’re making is evident in the numbers.”