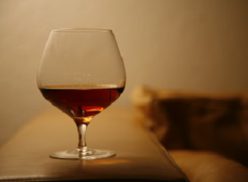 A fresh haul of medals for South African brandy has once again shone the light on a craft that has been shaped over centuries. Local producers were singled out from a field of global entries at this year’s International Wine and Spirits Competition (IWSC) in London, with no less than 27 medals and the trophy for Worldwide Best Brandy for KWV 15 Year Old.

The KWV 15 Year Old potstill brandy was selected as overall winner after it was selected as one of the top three South African brandies to receive Gold Outstanding along with Oude Meester 18 Year Old and Van Ryn’s 20 Year Old.

South African brandies dominate the IWSC year after year. In 2016, for the first time ever, South Africa won both brandy and cognac trophies at the world’s two major spirits competitions.

“Once again South African brandy has shown that you don’t have to look far to find a product that is the best by international standards,” says South African Brandy Foundation director Christelle Reade-Jahn.