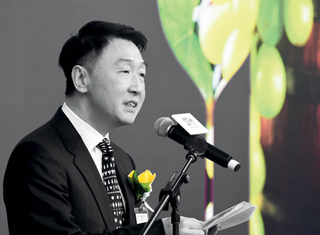 The Hong Kong wine story is being written as we speak. It’s fascinating and ever-changing. Is Brand SA missing the boat?

“The success of the fair is due to a variety of factors. These include zero duties on Hong Kong wine imports since 2008, a large international exhibitor presence, international buyers, especially wine importers from Asia, high value-added business opportunities and networking activities such as grand tasting sessions, master classes, wine tastings, cocktail demonstrations and seminars.”

Since the Hong Kong government scrapped import duties on wine in 2008, the wine industry has recorded tremendous growth and has attracted industry players to start or expand their business in Hong Kong. The value of Hong Kong’s wine imports rose from HK$1.6 billion in 2007 to HK$10.8 billion in 2015, amounting to a more than six-fold increase. And in the first nine months of 2016, Hong Kong’s wine imports reached HK$4.1 billion, up 25% over the same period in 2015.

It is important to note that over 45% of wine imported into Hong Kong, is re-exported to countries in the region. Mainland China and Macau, taking up 95% of the total in the first seven months of 2016, are the major export destinations. The city has become a well-known wine trading and distribution hub which wine-exporting countries use to tap into the Asian market.

Besides the three newcomers to the fair, wine-producing regions, wine associations and trade commissions from around the world had 30 pavilions to promote their products.

This year Croatia, Finland and the Philippines took part in the fair for the first time. This broadening of the exhibitor profile gives the fair an even more colourful atmosphere, the organisers say. It also creates an opportunity to introduce buyers to beverages they may not have encountered before. Slovenia was in the spotlight this year as it showcased the country’s less-familiar fine wines to buyers in Hong Kong and Asia.

The three-day fair attracted close to 20 000 buyers from 68 countries and regions. Attendance from individual countries recorded encouraging growth including the Chinese mainland, Japan and Taiwan.

But the fair wasn’t about wine only. The Whisky and Spirits Zone, which enjoyed huge success in previous years, returned this year with more than 100 top-notch exhibitors, tastings and educational workshops.

Another 70 special events provided a comprehensive trading platform, while well-known wine personalities such as Debra Meiburg MW, Robert Joseph and Michel Bettane formed part of the impressive line-up of speakers at the fair’s seminars.

Michel Bettane, chairman of Bettane+Desseauve, was one of the speakers at the Wine Industry Conference entitled “Uncover the Opportunities of the New Cool Climate Wine Trend”. He said that various French wines continue to be a hit with the Chinese mainland buyers.

“This year we have once again organised a number of French exhibitors to showcase a wide range of French wines, and met with buyers and importers, particularly those from Asia. The fair helped us meet clients from the Chinese mainland and explore the huge mainland market.” 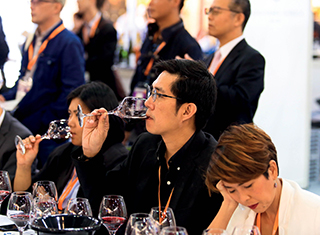 Michaela Stander, Wosa market manager for Asia, cites small budgets and the weak rand as one of the major challenges facing promotion of the SA category in the region.

“Operating on small budgets is a tough challenge,” she says. “Asia is a highly competitive market and the rand doesn’t go far for Wosa or our producers’ marketing spend. We need to work smart to keep a focus on our wines. Where possible we cooperate with stakeholders such as the departments of trade and industry and agriculture, Wesgro, and SA Tourism to promote Brand SA.

“With the 2017 vintage just around the corner, we’re looking forward to continue working with South African wine exporters and importers in our focus markets to capitalise on opportunities to expand South Africa’s wine footprint in Asia.”

She emphasised that China remains an important and lucrative market for South African wines.

“The South African category in China grew exponentially from 2013 to 2015 and many in the trade cited the country as the surprise of the year in 2015 as we took seventh position in the imported wine market. Looking at the most recent wine export figures for the 12 months ending October 2016, China is currently South Africa’s fifth largest export market for packaged wines by volume, and the largest in the Asian region, accounting for about 9,5 million litres for the 12 months ending October 2016.

Total SA wine exports to mainland China for the 12 months ending October 2016 amounted to roughly 11,84 million litres (12,3 million litres if including Hong Kong). With more events such as ProWine Asia and Vinexpo Tokyo being added to the already packed Asian wine show circuit, where will the South African focus fall?

“Over the past five years, we’ve narrowed down the number of shows we take part in and have re-allocated some resources towards in-market activities,” Michaela says. “Wosa sends out an annual survey to its members to gauge interest in shows around the world. At the end of November, we usually send out a newsletter to inform wineries of our activity plan for various markets, including planned show participation. And yes, we’ve included HKIWSF in our 2017 planning for Asia.”

The Hong Kong wine story is an exciting and rapidly changing one, even more so because wine import figures show South African wines are the flavour of the month. Looking at the export figures, it begs only one question: Do you want to be part of this wine story?

Wines of South Africa (Wosa) has been participating at HKIWSF since the inaugural fair in 2008, the South African pavilion gradually increasing in size each year as more and more South African wine companies explore opportunities in Asia. Unfortunately, dates of this year’s HKIWSF were adjoining those of another important wine show in China, Prowine China in Shanghai. This meant that Wosa was unable to organise a pavilion at both events and consequently South Africa’s representation in Hong Kong was disappointing to say the least, especially compared with the Spanish, Australian and Argentinian displays. South Africa was represented by only three wineries (Doolhof, Orc de Rac and Vondeling) and two companies (The Keg and Cape Wine Company).

Despite SA’s small representation, winemaker Gielie Beukes from Doolhof near Wellington was upbeat. “We chose this fair because we don’t have representation in Hong Kong,” he says. “We want to test our wines in a higher-value market chain and the feedback we received is overwhelmingly positive. The event was, like everything in Hong Kong, extremely professional and well organised. I was particularly impressed by the positive connections between buyers and exhibitors via the online platform. The quality of buyers will ensure we keep our fingers on this pulse.”

Erlank Erasmus of Cape Wine Company in Paarl was equally impressed. “The Asian market has vast potential and we want to make sure we’re part of it. We wanted to see how the market reacts to our wines. Although the representation of SA wines and wine buyers could have been better, we made excellent connections thanks to the fair’s good organisation.”