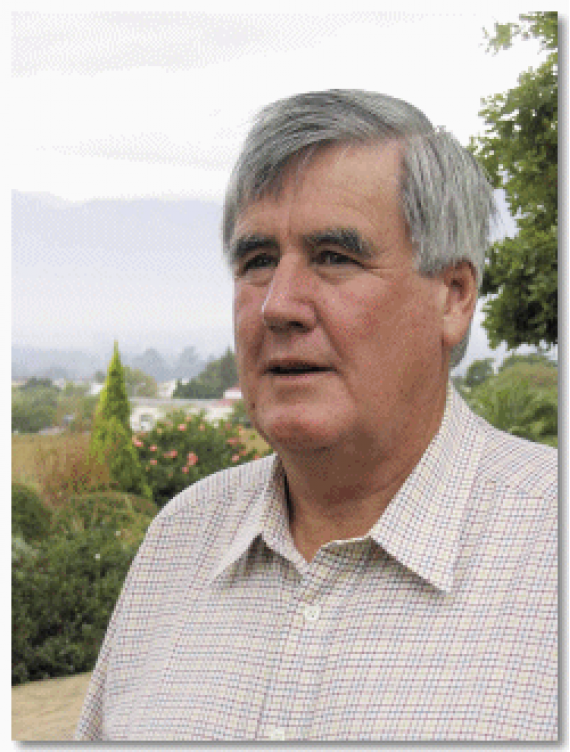 To make the best wine possible in a small winery is a challenge. To make the best wine possible in a corporate environment is an entirely different challenge. Many winemakers would find the idea of making more than a million litres of Roodeberg, for example, at a high quality and consistency, vintage after vintage, too intimidating to even consider as a career. This is one of the implications of corporate winemaking that Dr Willem Barnard, chief executive officer at KWV Ltd, is acutely aware of. KWV has therefore now created a new and progressive corporate approach to winemaking that attempts to establish a unique interface between winemakers and corporate structures.

The company established a special committee at board level that will direct the winemaking team responsible for KWV’s more than 2 million cases of wine. The committee, comprising three internationally respected winemakers, will offer a mentoring role to the younger team at the company’s various wineries. The winemaking committee will be led by one of South Africa’s leading winemakers, Neil Ellis, who has accepted a position as director on the Board of KWV South Africa. He will be joined on the committee by Charles Back, a well-respected South African wine entrepreneur, and Ian McKenzie, former chief winemaker at the Australian wine giant, Southcorp.

Now a semi-retired consulting oenologist, Ian has had a corporate career in winemaking for nearly 20 years. Together with renowned Grange winemaker, Jon Duval, Ian had been managing a team of 50 winemakers at any given time, employed at Southcorp’s eight production facilities.

“At Southcorp, there is a senior winemaker behind every one of the 17 major brands,” he explains. “Southcorp takes in five new graduates every year, who then work for the company for a period of two years. During that time they get exposure to every single aspect of winemaking. After the two years, they are offered a permanent position at the company, should they choose to stay.” This programme has been a valuable source of well-trained winemakers for the Australian industry.

Although he has been in a mentoring position for most of his career at Southcorp, Ian admits that this was not at the same level and with the same scope than the initiative lauched at KWV. He sees this as an opportunity for the company to strengthen its competitive position and improve its technological edge. Corporate winemaking has very different requirements and makes unique demands on a winemaker’s skills. During his career, Ian regarded corporate bureaucracy as his biggest challenge. In a corporate environment, he had direct control of operations, planning and winemaking, and was involved in marketing as well.

Together with Neil Ellis and Charles Back, Ian will be involved in the winemaking process at KWV for the next few years. The committee will not have operational or managerial responsibilities, but will share their expertise and knowledge with the winemaking team. The line management function and administration at KWV’s wineries will remain the responsibility of wine cellar manager, Sterik de Wet.

This is Ian’s first engagement with the South African wine industry. He has a client in Chile apart from several in Australia. He retired from Southcorp in 2001 and still makes time to restore cars and play golf.

“For KWV, the willingness of three leading winemakers to take the mentoring initiative forward has been a very exciting development,” Willem Barnard emphasises. He believes that the concept will create future synergy and opportunities for KWV, but also for the wider industry.

The Cap Classique Producers Association has re-positioned its marketing objectives to highlight the importance of time in the making... END_OF_DOCUMENT_TOKEN_TO_BE_REPLACED

The South African wine industry acknowledges the greater understanding from government with the announcement of the latest excise duties... END_OF_DOCUMENT_TOKEN_TO_BE_REPLACED

The wine industry body Vinpro recently appointed Dr Langelihle (Langa) Simela to its board to provide strategic insights into... END_OF_DOCUMENT_TOKEN_TO_BE_REPLACED
Go Back
Shares