Aware.org launches new campaign to “build a culture of responsibility”

Aware.org, the Association for Alcohol Responsibility and Education, launched a new consumer campaign focused on building a culture of responsibility and moderation within the alcohol ecosystem of brand-owners, consumers and other stakeholders. 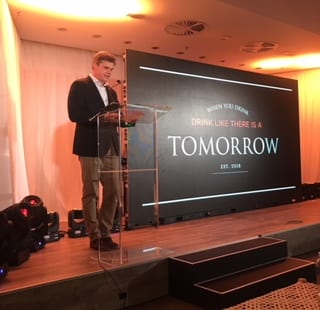 The campaign, ‘when you drink, drink like there is a tomorrow’, seeks to enable consumers to rethink their choices when it comes to the consumption of alcohol. What is different about this campaign is that it defines what drinking responsibly is and highlights the positive impact thereof.

Aware.org’s focus is on preventing the negative consequences of alcohol abuse and, as such, has an important role to play in educating consumers in this regard. Research shows that South African’s have become desensitised to seeing cars crashing at high speeds, bodies flung into the distance on poorly-lit roads, and grieving families affected by reckless behaviour. This insight served as a catalyst to more effectively communicate their new campaign and position the positive future outcome of responsible drinking as a reason to do so.

“From the start, we wanted our message to be clear. We know that finger-wagging and the shock approach does not work; 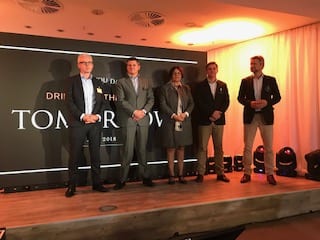 we’re in an age of social awareness and we know that we’ll make more of an impact if we can start having the right conversations around responsible drinking,” says Ingrid Louw, CEO of aware.org.

“We believe that this new approach is a move in the right direction. We will actively drive the campaign messaging and educate consumers across various platforms, with the hope that this transcends into consumers making the right choices, and in turn, that this will begin to drive behavioural change. When you drink, make the right choices so that your tomorrow is a better tomorrow,” adds Louw.

Social media platforms will deliver detailed content to fuel the right conversations and provide the right information, whilst radio and taxi TV will stretch and extend the campaign to all consumers. “We aim to supersede our past reach of 95 million consumers through television, radio, out of home, transit and digital platforms with the new campaign.” concludes Louw.

While there are none of the visceral images associated with the more traditional (and somewhat over-used) socially responsible advertising around alcohol consumption, the campaign delivers a hard-hitting and socially pertinent message: “Drink Like There is a Tomorrow”.

The Deputy Minister of the Department of Social Development, Mrs Hendrietta Bogopane-Zulu was in attendance and delivered the Keynote Address at the Campaign Launch Event. This reinforced the collective responsibility of key role-players in alcohol harm reduction programmes in South Africa.