Back to the Future – A Tribute to the Nederburg Pioneers 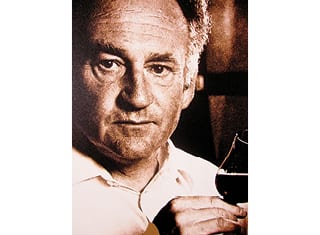 Nederburg wines are renowned worldwide. Current cellarmaster Andrea Freeborough pays tribute to the pioneers who laid the foundation for the tradition of excellence at Nederburg.

Way back in the early ’70s, in the days of sideburns, wide ties and uncontested opinions, there was this winemaker, not a local although he’d been living in the Cape winelands long enough to be considered part of the community, who liked to say, “Cabernet is still to me the ultimate miracle. It has this unique nutty development . . . a sort of walnut taste, style and aroma all its own. Furthermore, it has a backbone second to none. Which means you can lay it down and let it mature beneficially over a great many years. I’ve had some bottles of Cabernet that were over 25 years old and they still had a lot of life in them.”

There’s not much to contradict here and even today you may be lucky enough to find a rare South African Cabernet Sauvignon that’s 50 or 60 years old and still worth drinking, backing up the words of Nederburg’s legendary winemaker Günter Brözel. He also had some strong ideas about wooding and particularly its effect on the longevity of his beloved Cabernet, believing that to mature it too long in oak would not end well. “Wines are like people – when they get old they become fragile, their bones get brittle as it were. Imagine what a violent fall would do to the bones of an old person. That’s why I prefer to bottle my reds when they are relatively young and virile. They can take the shock then and grow old gracefully in the bottle.”

Günter was about 40 when he made these observations. He left his native Germany in his 20s to start a new life in South Africa. Now 84, he has witnessed many of his venerable Cabernets fetching high prices at auction. Those who’ve been lucky enough to taste his wines from the ’60s, ’70s and ’80s are astonished by their clarity of colour, and vitality of aroma and flavour.

It’s been nearly 30 years since Günter retired from Nederburg but his imprint still remains and whenever he visits the farm there’s a palpable excitement in the cellar as newer winemakers, some young enough to be his great-grandchildren, clamour to shake his hand. “It’s daunting but also hugely inspiring to follow in the footsteps of someone as iconic as Günter,” current cellarmaster Andrea Freeborough says. “He has always been regarded as an outstanding personality in local winemaking – as much for his technical prowess and vision as for his absolutely uncompromising stance on what constitutes quality.

“Being awarded the title Robert Mondavi International Wine & Spirit Competition International Winemaker of the Year in 1985, at a time when South Africa wasn’t in any way a significant player in the world of wine, was a remarkable feat. He gave hope to many of his colleagues about the country’s potential, and he hasn’t been wrong.

“So much has changed since he left Nederburg in 1989. For a start, our industry has become more open and better attuned to changes in market dynamics, wine styles and addressing environmental degradation and climate change. Yet the thinking behind what Günter advocated remains as relevant and robust as ever. “There was a time when the quality of the fruit was secondary to what you could do with it in the cellar, when substance was determined by weight and wooding. That was never Günter’s way. South Africa is going back full circle to wines of finesse, refreshment and harmony. We owe so much to people like him.”

But people who preceded and succeeded him have also shaped South Africa’s wine industry. “Johann Graue, who brought him to South Africa, gave enormous importance to clonal selection, recognising long before it was fashionable to do so, the impact of site on fruit quality,” Andrea says. “Günter came with many of his own innovations, including on viticultural protocols and as a trained cooper he understood the role of wood. My immediate predecessor and mentor, the talented Razvan Macici, was involved in postgraduate research on the impact of wood, so I’ve been fortunate to have been exposed to their thinking. “I’m always moved by the way Günter talks about the treatment of vines and grapes. Despite the prevailing machismo of his day, he would always speak of the vineyards with such gentleness and respect, using words such as nurture, nourish and respect. Now everyone talks that way but he was a maverick for his time.”

Günter played a key role in building the profile of Paarl, especially its association with excellent Cabernets
characterised by a combination of elegance and power. The area’s decomposed granite soils with moisture-retaining clay subsoils are well suited to the grape, with low-lying vineyards lending dark plum and other black fruit flavours, and higher-located vineyards imparting more of the red berry fruit characters.

Those who’ve succeeded Günter have worked hard to keep up the standard he set at Nederburg and they’ve been amply rewarded with major prizes and distinctions. This year alone, at The Drinks Business Global Cabernet Sauvignon Masters 2018 in the UK, the only gold medals awarded to South Africa were for Nederburg wines. They were the 2015 vintage of the Nederburg Auction exclusive Private Bin R163, 2013 Two Centuries, and 2015 Heritage Heroes The Brew Master, a Cabernet-based blend. Last year the 2013 Two Centuries earned the International Wine & Spirit Competition trophy for best Cabernet, while the 2014 vintage was rated red wine of the year for 2018 in Platter’s South African Wine Guide. There were similar accolades in the preceding years when Johann and Günter set the bar, followed by Newald Marais and Razvan.

“What they taught us will live a long, long time,” Andrea says. “In the bottle, absolutely but also in our approach to winemaking here at Nederburg.”At the 2018 Nederburg Charity Auction, a carefully-cellared collection of six decades of Nederburg Auction/Private Bin Cabernet Sauvignon, from the 1966, 1974, 1985, 1991, 2003 and 2013 vintages, went under the hammer and fetched a price of R20 000.