The 17th annual Muskadel SA Awards function was held as usual at the cosy second-floor dining room of Noop Restaurant in Paarl, where the low ceiling ensures every candidate must stoop to conquer. 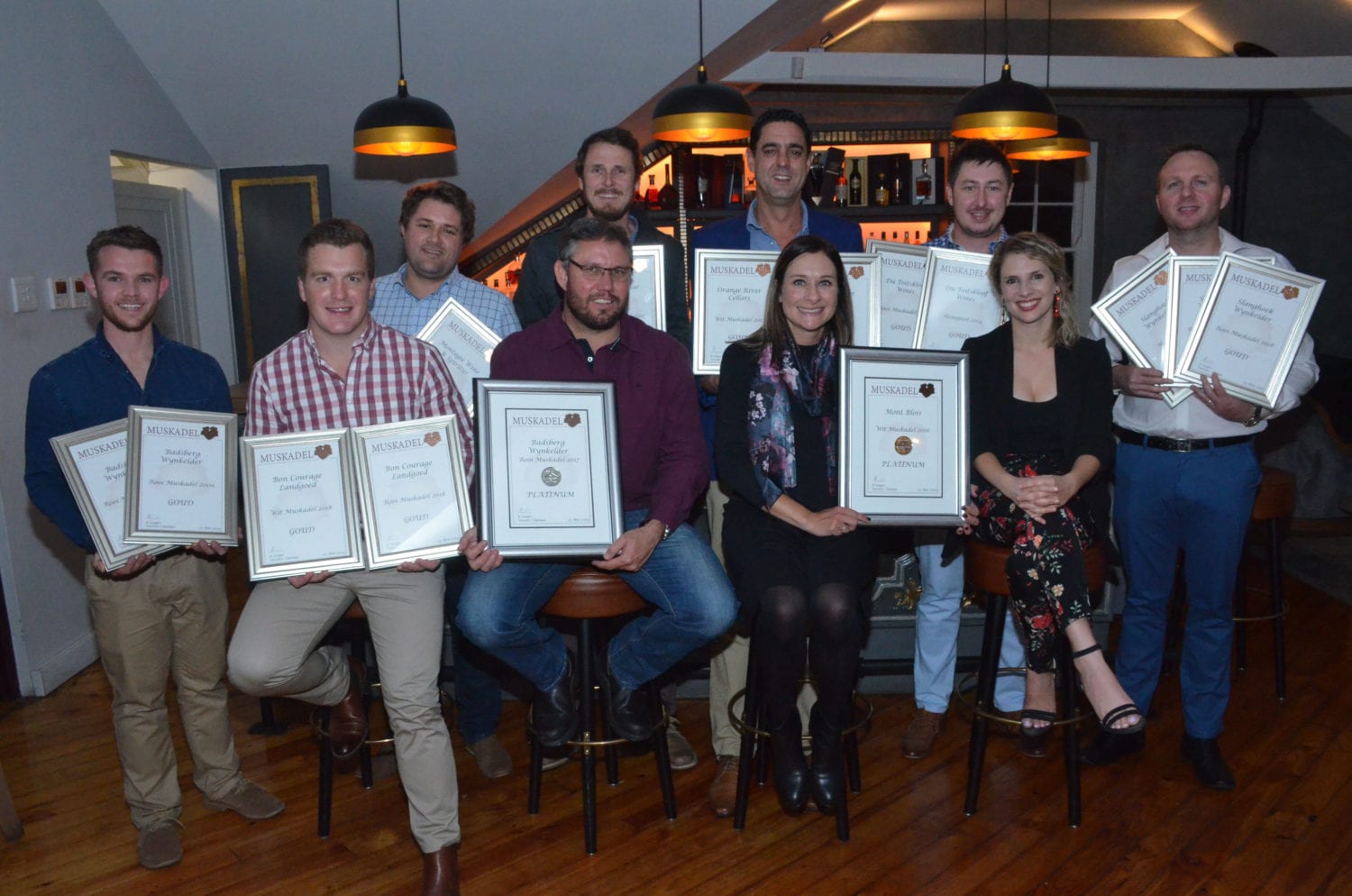 After guests had had opportunity to catch up (and warm up) with customary vodka muscatinis, Antoinette van Zyl expressed welcome and appreciation from official sponsors Enartis SA. The awards were then announced in short order; this was no long, drawn-out affair, leaving enough time to revel in the successes.

Badsberg Wine Cellar from Rawsonville in the Breedekloof Valley took full honours with a platinum and two gold awards. The platinum was awarded for the Badsberg Red Muscadel 2017 and gold for the Red Muscadel 2008 and Red Muscadel 2009. “Our flagship Badsberg Red Muscadel won platinum once before, at the 2014 Muscadel Awards – to win one again is a great honour. The fact that our newer and older vintages perform so well is encouraging and provides a good base to work from for the future,” said cellar master Willie Burger. He thanked the winemakers, Henri Swiegers, Jaco Booysen and Stian Victor as well as their grape producer Wysersdrif.

The only other platinum award went to Mont Blois Estate of Robertson, where sixth generation Bruwers produced the Pomphuis Muscadel 2016 from 26 year old vineyards. Only 330 cases were released and the wines are beautifully packaged in stylish wooden boxes brandishing the family crest.

Excellent food and great company ensured these achievements were properly celebrated, leaving everyone looking forward to next year’s event.