Nederburg Wines and Qhubeka Charity recently held a bicycle-building event at Eyethu Lifestyle Centre in Soweto, to spread a message of hope and highlight their ongoing commitment to help change lives in South Africa. 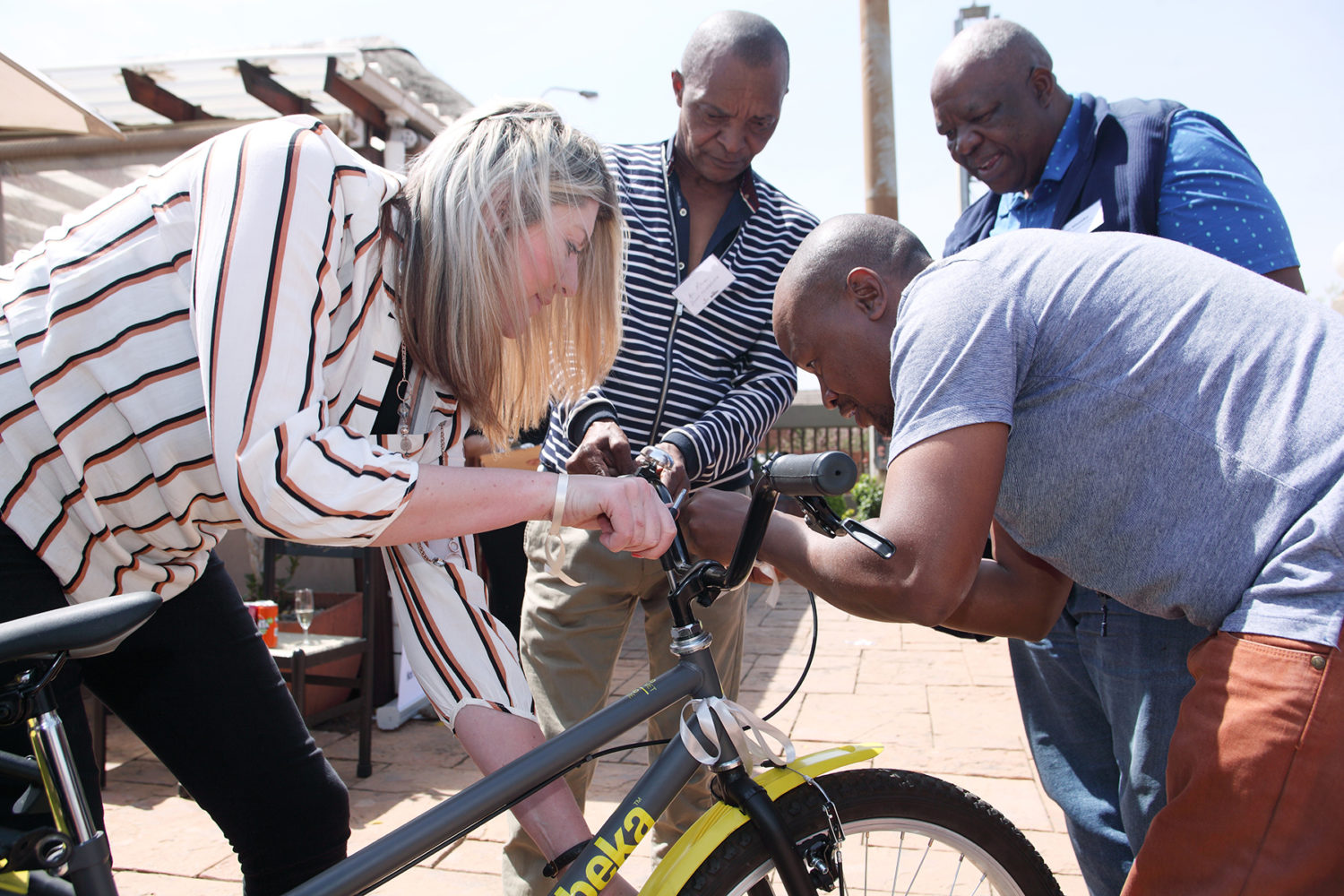 The bike-building event saw five teams of five members building a total of five bicycles. The process references the upright hand in the Qhubeka logo and branding, which symbolises a hand-up rather than a hand-out, according to Matt Fendick, Qhubeka’s chief client relations manager.

“This is the principle upon which Qhubeka’s work is based. It’s not about hand-outs. Instead we reward hard work in various forms, by means of a hand-up, a tool – the Qhubeka bicycle – to achieve socio-economic progress in South African communities,” Fendick explained.

The event was concluded with a wine and food pairing, presented by Nederburg’s managing director, Niël Groenewald and talented Soweto chef, Mahlomola Thamae.

Nederburg and Qhubeka have been in partnership since 2016, the same year that Qhubeka’s bicycle assembly facility in the Western Cape was established at Nederburg in Paarl. Here, a number of previously unemployed women from the local community have been trained in building bikes for Qhubeka, thereby allowing them the chance to earn an income and develop critical skills. These women work under the mentorship of Beverley Roode and Janine Johnson, both of whom are qualified bicycle mechanics.

Since 2016, a variety of Qhubeka projects have benefited from Nederburg’s support. Nederburg has funded bicycles for various initiatives that help people to earn bicycles, which help them travel faster, further and carry more. These have included programmes to boost community safety, environmental sustainability, tourism and entrepreneurship. 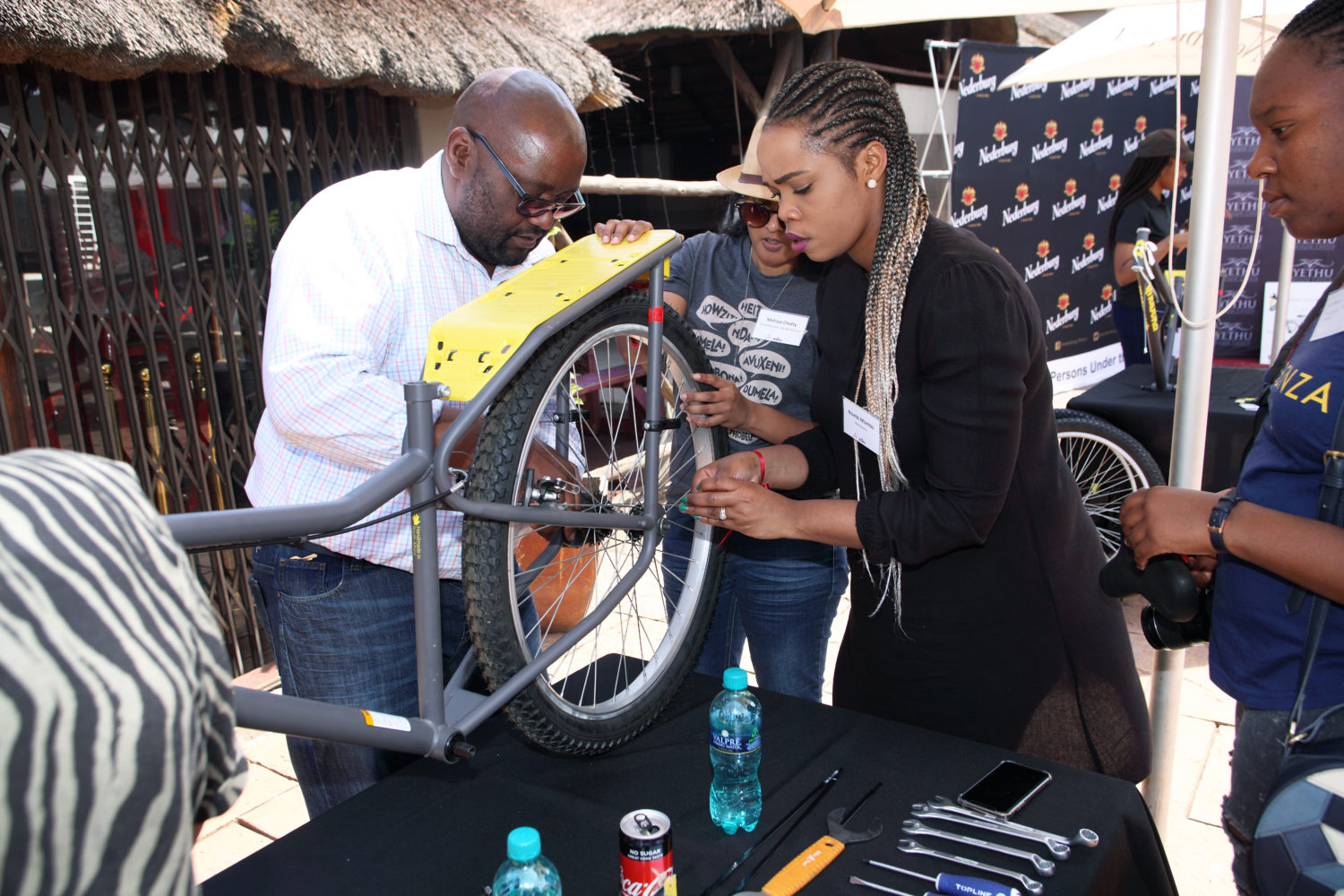 “The next project we’re turning our attention to, is the Orange Farm Community Policing Forum (CPF) in Gauteng,” said Groenewald. “On 17 October, we’ll be distributing 100 bicycles to members of this dedicated network of individuals who give tirelessly to promote and establish safer communities where inhabitants can live and work without the fear and stress associated with crime.

“Bicycles help CPF members carry out their community safety patrols more efficiently, with more effect. We are excited to be involved.”

Groenewald added that Qhubeka is nearing its distribution of 100 000 bicycles. “As the charity celebrates this important milestone later in October, we’d like to celebrate the incredible work they’ve done over the years. We are proud to have been involved in helping Qhubeka to change more lives with bicycles.”

Nederburg has also supported Qhubeka’s vision of re-shoring bicycle manufacturing to South Africa, with the establishment of the Real Bicycle Co. (RBC), a Qhubeka subsidiary, based in Berlin, East London. “The focus here is on producing top quality bicycles. These are supplied into Qhubeka’s bicycle programmes, as well as the spare parts supply chain across the country,” Fendick said. “The plant is now geared for an output of parts for around 400 bicycles per week. Bicycles are then assembled at our two assembly facilities, one of which is based at Nederburg. Controlling the whole manufacturing and assembly process accelerates our momentum in changing lives, whilst boosting local rural employment.” 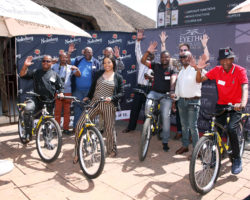 Some of the Qhubeka bicycle building workshop participants celebrating the completion of their bicycles. 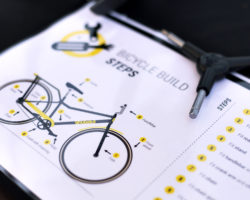 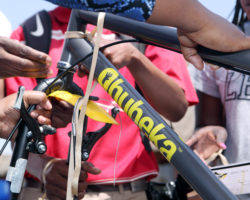