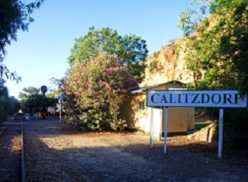 They don’t call themselves the port capital of South Africa for nothing. Calitzdorp once again put the preference on port at the annual Cape Port Producers’ Association (CAPPA) awards when five wines from this quaint town excelled in their class. Aimed to raise the profile and quality of authentic Cape port-style fortified wines crafted from Portuguese varietals according to traditional methods, Boplaas, De Krans and Axe Hill were all honoured for their quality and individuality.

The Cape Port Producers’ Association (CAPPA), formerly known as SAPPA, was formed in 1993 at the Calitzdorp Port Festival by the late Theo Rudman and 12 port producers.