Can young vines be protected against leafroll infection by applying systemic insecticides in the nursery? 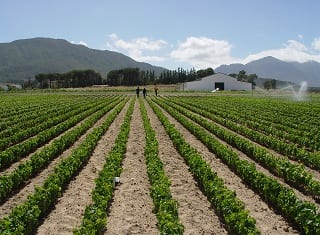 There is a great need in the South African vineyard industry for a control strategy to minimise the spread of leafroll, especially in newly planted vineyards. Previous research by Prof Gerhard Pietersen has shown that the life span of a vineyard can be greatly lengthened by minimising initial leafroll infection.

Nurseries receive their propagation material from mother blocks. Some of the vines in the mother blocks might be infected with leafroll virus. Such vines with symptoms are clearly marked and are not collected for grafting material. However, there may be leafroll infected vines that do not show any symptoms yet. When shoots from these vines are used by the nursery for grafting material and the vines are planted between healthy/uninfected vines on a farm, they can serve as a source of infection and spread of leafroll can occur if the mealybug vector is present in the vineyard.

A Winetech-funded investigation was launched by ARC Infruitec-Nietvoorbij, firstly to develop a method for administering systemic insecticides in nurseries, and secondly to determine whether young vines treated with systemic insecticides in the nursery can be protected against mealybug and virus infection when these vines are planted in a vineyard. Cabernet Sauvignon CS 46C/R 99 was used for the trial.

Different concentrations of two systemic insecticides, with respectively imidacloprid and thiamethoxam as active ingredients, were applied to vines in a nursery.

The vines of both application treatments were evaluated three weeks later and no signs of phytotoxicity was observed. Normal nursery practices were followed until vines were ready to be planted out in the vineyard. The vines were planted at Nietvoorbij farm in September and drip irrigation was established. A follow-up treatment with both insecticides was applied to half of the vines in the block in mid-December during active root growth.

During January, 10 mealybugs were isolated in a specially designed leaf cage on one leaf per vine (one vine per treatment were used), including untreated controls. The leaf cages with leaves and mealybugs inside were removed after seven days, and taken to the laboratory. The number of dead mealybugs per treatment was recorded. No significant difference was found in the number of dead mealybug where insecticide treatments were applied in the furrow in the nursery or on the berm in the nursery. Vines receiving a follow-up treatment in the vineyard had significantly less mealybugs surviving after seven days than vines that did not receive a follow-up treatment in the vineyard.

The wine industry’s strategy to combat spreading of leafroll involves, among other things, the removal of virus-infected vines wherever possible and careful monitoring and control of vectors, such as mealybugs, in all vineyards. This study showed that administration of systemic insecticides in the nursery does not contribute to better mealybug control in young established blocks, but it is important to apply systemic insecticides in young vineyards to minimise secondary spread of leafroll. 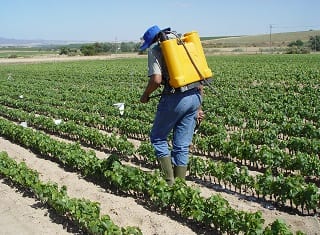 PHOTO 2. Application of systemic insecticides on the berm six weeks after planting. 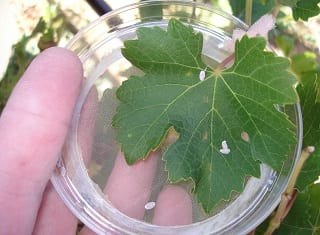 PHOTO 3. Leaf cage in which mealybugs were isolated on leaf to test treatments.