Cape Blends are happening… rules or no rules 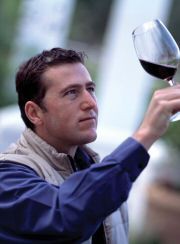 Is there a case for a Pinotage-based Cape Blend or are its proponents simply treading water KIM MAXWELL takes another look. What do you think about Cape Blends as a concept Take away subjective personal taste for a moment, and forget about arguments for a Pinotage-based blend having 5%, 25% or say 68% Pinotage. Consider instead whether a Pinotage-based Cape Blend could become a credible competition category. More importantly, a commercially viable winemaking and marketing entity. Some believe Shiraz will be South Africa’s leading light, yet there is merit in the view that multi-cultural, democratic, entrepreneurial South Africa should embrace varietal diversity, rather than hang its hat on only one variety or blend.

WineLand is raising the issue after Warwick’s Mike Ratcliffe sent a written request to the South African National Wine Show (SANW) in February this year, requesting them to “move towards finality with regard to the creation of a Cape Blend category within its competition structures”. This includes the Veritas Awards. SANW chairman Duimpie Bayly subsequently informed Ratcliffe that SANW have decided against introducing Cape Blend as a show category until there is consensus within the industry. A reasonable answer, but it doesn’t end there. Bayly was under the impression that Andr&eacute; Matthee of SA Wine Industry Information and Systems (Sawis) had been asked by the SA Wine & Brandy Company (SAWB) to look at establishing Cape Blends as an industry category. Yet Matthee recalls only that Wines of South Africa (Wosa) was doing internet surveys about the viability of Pinotage-based Cape Blends. “The industry had a bone of contention about whether Pinotage should even be in a Cape Blend,” says Matthee.

Wosa’s Andre Morgenthal says results of www.wine.co.za’s internet survey in 2003 are inconclusive because they don’t reflect an official industry view. Wosa isn’t currently involved in research. Inconclusive perhaps, but of 999 online survey participants, 792 believe there should be an official Cape Blend, and 724 say it should contain Pinotage. With respondents including producers, media, retailers, wholesalers and overseas agents, this isn’t an isolated industry issue anymore – 401 consumers were interested enough to vote. And while 240 producers are hardly representative, it surely justifies further research.

“Industry opinion leaders from both sides of the fence should get the issue on the table and define the specifics of a Cape Blend,” continues Morgenthal. “We’re sending out mixed messages to trade and consumers.”

Pierre Loubser of the Pinotage Association doesn’t believe it’s their role to tackle the issue. After participating in debates on proposed Pinotage percentages for a Pinotage-based Cape Blend in Veritas competitions, I agree that it’s time for fresh input. “It isn’t currently in the interest of Pinotage to develop this category further. Pinotage-based blends are recognised in Veritas,” explains Loubser. “Duimpie is right, it’s not for Veritas to press the Cape Blend issue until the industry stands together on it.”

Bayly’s personal view is that the Cape Blend producers – 34 at last count – should follow Mike Ratcliffe’s lead and drive the establishment of Cape Blend as a category. If enough individuals and organisations back them, the industry will be forced to pay attention, and put steps in place to encourage the Wine & Spirit Board to establish Cape Blend as an official category.

Junel Vermeulen wrote her Cape Wine Masters thesis on Pinotage-based blends. She divides her time between Cape Wine Academy education initiatives and marketing wines for Uiterwyk, all in Gauteng. Vermeulen found that most consumers, producers and media are in agreement that some regulation of Pinotage components in Cape Blends would be helpful, but that too much time is being wasted on particular percentages.

She suggests skills could be better utilised by developing Cape Blend as a viable marketing entity. Highlighting the classic Coke versus Pepsi marketing analogy which pinpoints that a clear market leader has a dominant market share that’s unlikely to be usurped by its nearest competitor. Vermeulen says marketing know-how dictates that the most effective solution is often developing a new category. With France’s dominance in Bordeaux blends, and Australia’s Shiraz reputation, Cape Blend is an obvious “new category” for South Africa.

Vermeulen is gradually persuading wine retailers and restaurateurs in the Gauteng area to introduce a Cape Blend category on store shelves and menus. “I take a selection of Cape Blends to restaurateurs and let them taste the wines. Often their initial perceptions about Pinotage are negative, but they usually change after my tastings,” she reports.

The Fairbairn Capital Trophy Wine Show 2004 claims to be South Africa’s toughest wine competition. It has no official Cape Blend category, but show convenor Michael Fridjhon says Pinotage-based blends could be entered in two classes – Pinotage-based Red Blends (with at least 30% Pinotage) or Other Red Blends (Any red varieties but no single variety can exceed 30%).

Of the 71 entries in the regular Pinotage category, 26 medals included one Gold medal (the trophy) and two Silvers. But of 25 Pinotage-based Red blends, a single Silver stood out amongst 14 medal winners.

“There were no Golds in the prospective Cape Blend classes, but the threshold for Gold is really high. In international terms, a Bronze in our competition is actually a good result,” comments Fridjhon. “If there are a lot of Bronzes in that category [Pinotage-based Red Blends], it’s attracting a lot of good entries. More than 55% got medals, which is better than the show average.”

Wosa promotes Pinotage and Pinotage-based blends in overseas tastings and shows, but Morgenthal feels that forcing a Cape Blend category in traditional markets could be premature because “many overseas markets haven’t started to understand Pinotage as a viable marketing category yet”.

He believes there is room for expansion in less established wine markets though. “In Asian countries such as Korea, there is a lot of interest in Pinotage. They haven’t got pre-conceived ideas and they ask for Pinotage at Wosa tastings because it’s unique. It’s also been found to be complementary with spicier foods,” he says. “Wine knowledge may be limited, but a place like Seoul has had more than 100 wine bars and restaurants opening during the last five years.”

Mike Ratcliffe isn’t overly concerned about Veritas’ current refusal of a Cape Blend category, and admits he just didn’t get around to approaching Fairbairn Capital Trophy Wine Show organisers about a formal category. He’d like separate competition categories because he doesn’t see the point of entering a Cape blend alongside Bordeaux blends.

“The reality is that Cape Blends are happening as a winemaking and marketing proposition, so whether we get approval as a competition category is significant, but the category doesn’t hinge on it,” continues Ratcliffe. Reasoning that Cape Blends are making headway regardless, he agrees with Bayly that the issue should be driven by individual producers, and adds that the wines must be good.

“There are a few issues about Cape Blends. Firstly, it’s controversial so everybody talks about it. Second, there are no rules. Some people say a Cape Blend should be the best blend made in the Cape. But put Cabernet and Shiraz in a Cape Blend and the Aussies will laugh. In theory, somebody could release a white blend as a Cape Blend because there is no regulation. But the trade and consumers would be confused,” offers Ratcliffe.

He believes categories offer direction. The Cape Blend category should be wide open, but should contain Pinotage. Whether it’s 5% or 60%, Pinotage should be vintage – not regulation – dependent. Under South African legislation for domestic sales, Cabernet Sauvignon is merely a red wine containing 75% Cabernet Sauvignon. If it contains 25% Pinotage, that won’t be indicated.

Ratcliffe feels the Cape Blend profile will evolve naturally. “Across the country, wine lists are introducing Cape Blend sections. Look at Emily’s or Brown’s of Rivonia. Makro is one of the biggest consumer outlets for wine in South Africa, and now has a Cape Blend section. The concept is slowly being applied.

“Of course that doesn’t mean blinkered vision is required by the industry. Nobody is trying to exclude other varieties or blends. At Warwick, our Cape Blend doesn’t detract from our Bordeaux blend or Pinotage sales. It just increases the richness of our offerings.”

The Cap Classique Producers Association has re-positioned its marketing objectives to highlight the importance of time in the making... END_OF_DOCUMENT_TOKEN_TO_BE_REPLACED

The South African wine industry acknowledges the greater understanding from government with the announcement of the latest excise duties... END_OF_DOCUMENT_TOKEN_TO_BE_REPLACED

The wine industry body Vinpro recently appointed Dr Langelihle (Langa) Simela to its board to provide strategic insights into... END_OF_DOCUMENT_TOKEN_TO_BE_REPLACED
Go Back
Shares