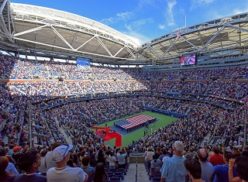 The Cape Wine Auction is Africa’s most significant international wine charity auction and has broken records every year since its debut five years ago raising close to R55 million in the process. Last year a bespoke experience in Napa Valley, California, sold for R3 million – the highest ever paid for a lot in the history of the auction.

In what is sure to be one of the more sought after lots at this year’s event – to be held on Saturday, February 10, at the Rustenberg Estate in Stellenbosch – headline sponsors American Express and Nedbank Private Wealth have brought together two of their longstanding and successful partnerships, the British Film Institute and South African Airways Voyager, to offer a weekend in London to attend a gala screening as part of the 62nd BFI London Film Festival in October 2018.

The BFI London Film Festival is Britain’s leading film event and one of the world’s best film festivals. As part of the BFI London Film Festival, the successful bidder and partner will be invited to attend a gala event in a London West End cinema, first enjoying pre-event drinks at a black-tie reception at a top London venue and then walking down the red carpet to the cinema. Red carpet attendees last year included Nicole Kidman, Emma Stone, Mary J Blige and Colin Farrell.

And, if that wasn’t enough, American Express is also offering a pair of tickets to see a top performing artist live in concert at the O2 arena in London the week of the BFI London Film Festival.

The cherry on top? The successful bidder will also be offered a pair of tickets to sit courtside and enjoy the men’s and women’s quarterfinals of the 2018 US Open Tennis Championships at the USTA Billie Jean King National Tennis Center in New York which takes place in September.

“The Cape Wine Auction makes a significant contribution to education in the Cape region and we are delighted to be a sponsor and offer these unique experiences as auction lots,” says Catherine Malec, vice president business development, American Express. “We hope they will capture the interest of those bidding, allowing even more children to benefit from the good work of the Cape Wine Auction Trust.”

Tickets for this prestigious event were sold out in record time and are no longer available.