Celebrating ‘Spatz’ in style with launch of limited edition Iconoclast

During its 80th anniversary celebration on Tuesday 14 October, guests gathered to share pleasures that wine brings to life as well as the contributions to 80 years of Delheim made by the late Michael Hans ‘Spatz’ Sperling and his wife, Vera. 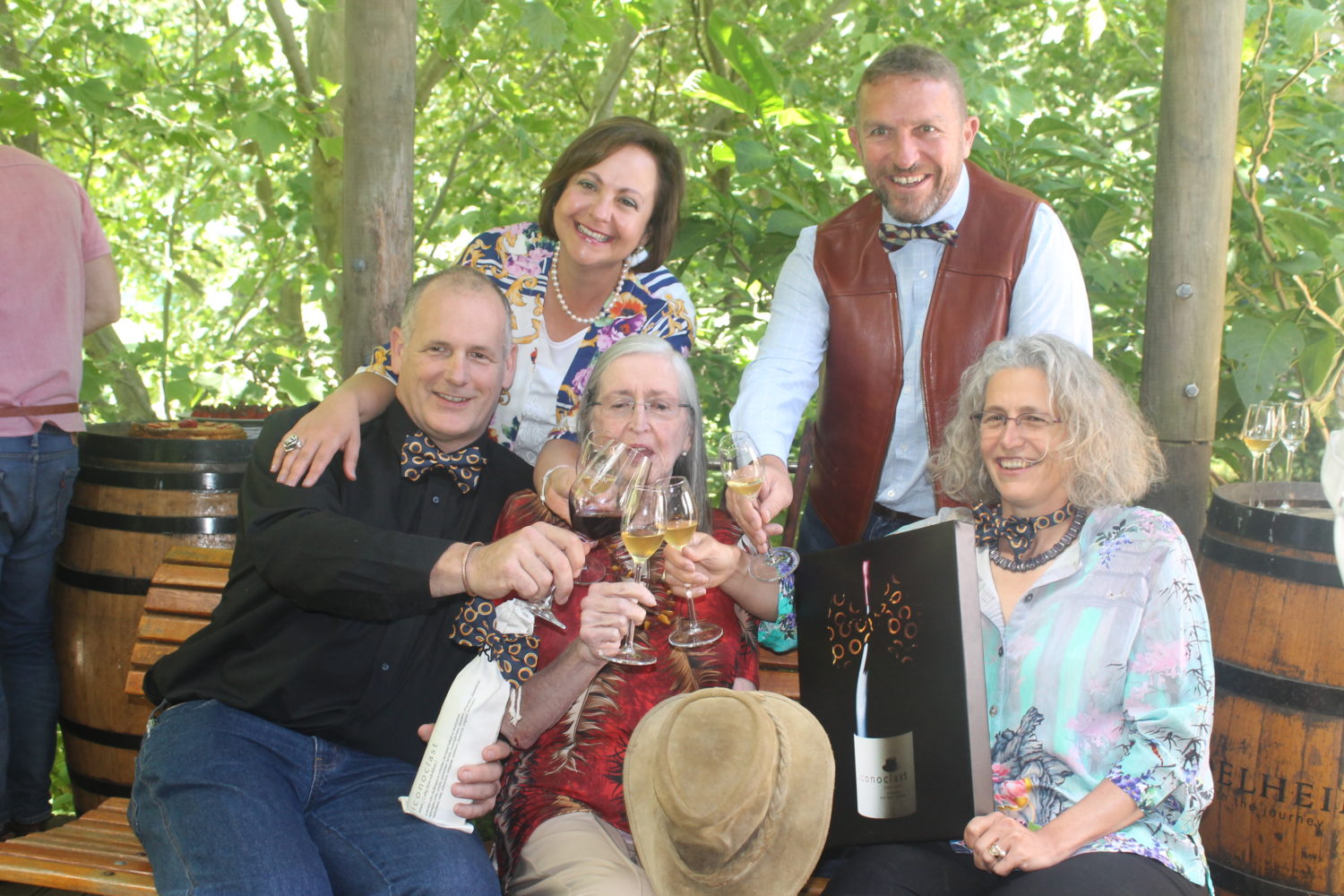 The family are pictured with the bottle of Iconoclast in honour of Spatz Sperling. Top left are Ronel Sperling and Erhardt Thiel. Seated in front are Victor Sperling, Vera Sperling and Nora Thiel.

During the celebration, family and friends shared fond memories of Spatz. They also spoke about the Iconoclast wine and how its name and unique packaging came about.

An Iconoclast is defined as a person who attacks and criticises cherished beliefs and institutions.

According to Nora Thiel, daughter of Spatz and Vera, there are three things that make an Iconoclast successful. 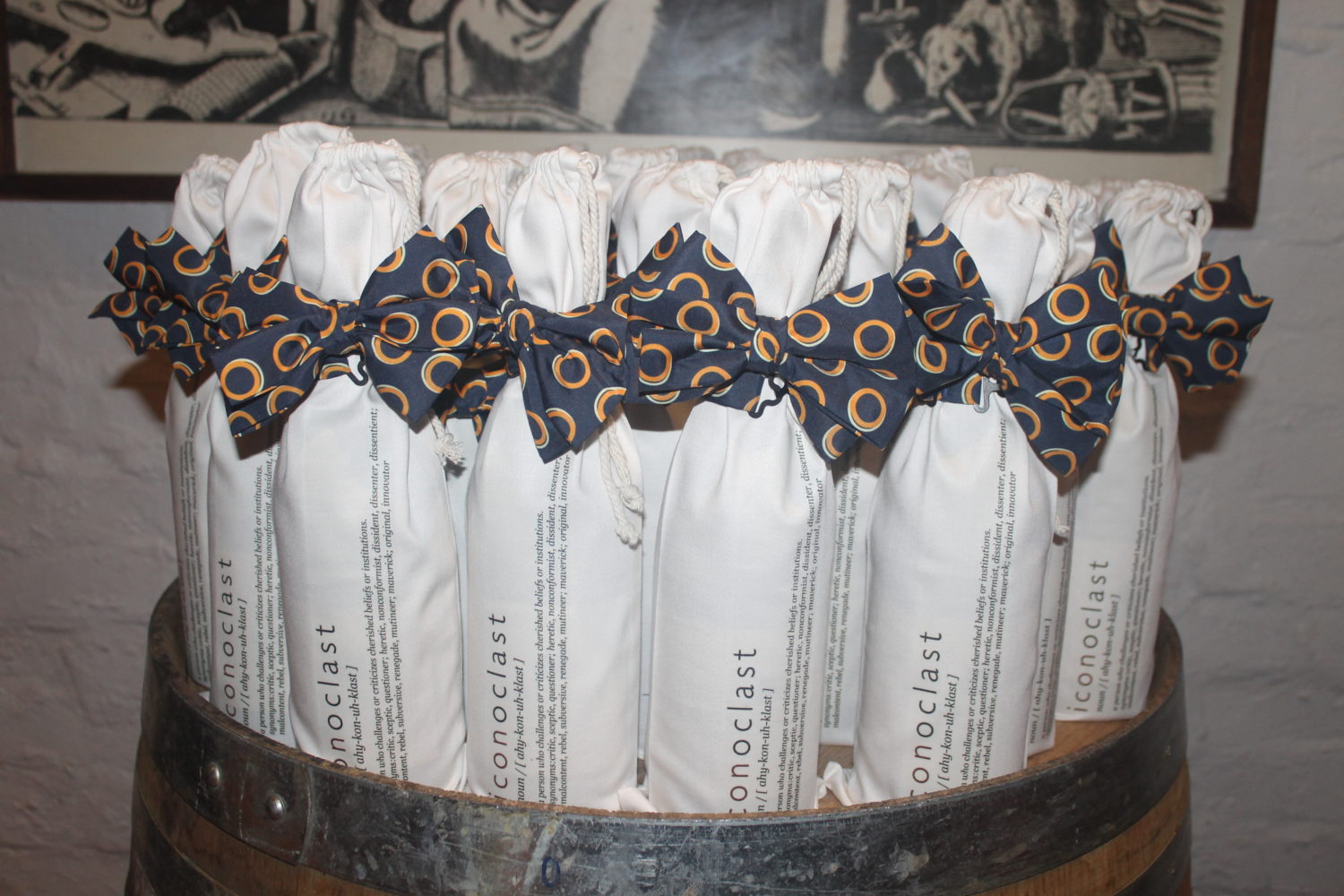 The Iconoclast wine is packaged in a sock-like bag which is meant to be re-used. The bowtie is a replica of the one Spatz used to wear.

She says they see things differently, they know how to handle failure and fear of failure, and most importantly, they have social intelligence.

“They need to convince enough people to that their idea is worth defying the rules and I think that’s what pappa managed to do,” she says.

The family also decided to be more imaginative with the packaging.

The wine is packaged in a bag to be used by everyone with a unique bowtie on the top so people can have fun.

“The bowtie is a replica of Spatz Sperling’s original bowtie and the wine is called Iconoclast, in memory of Pappa,” says Nora.

Victor Sperling, son of Vera and Spatz, says this wine was made to celebrate an end of an era and to celebrate what he [Spatz] was. “A wine in honour of pappa,” says Victor. 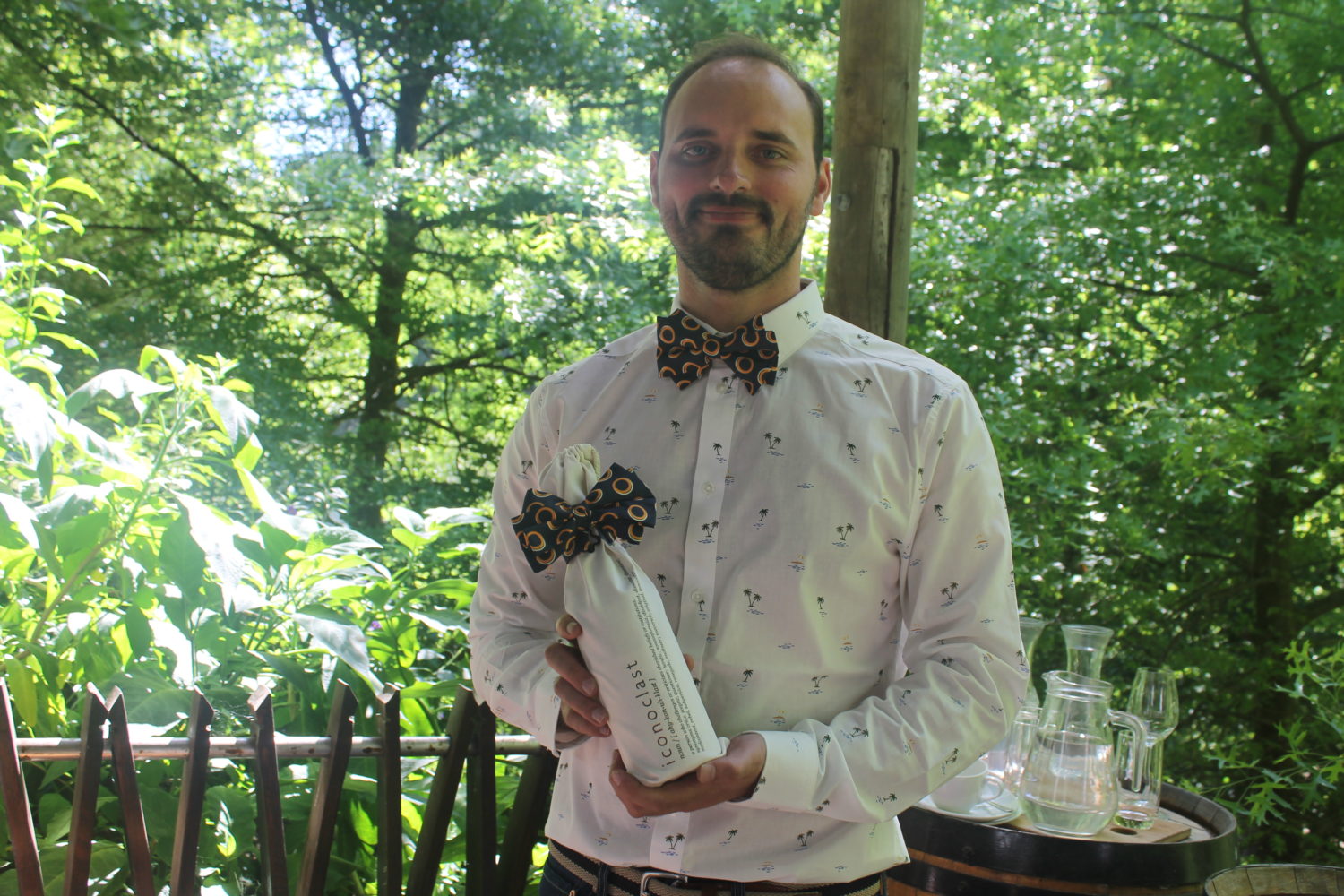 Roelof Lotriet, winemaker of Delheim wines is pictured wearing his dashing bowtie and holding a bottle of the limited edition Iconoclast 2012 Cape Blend.

“The wine is 99% made up of us,” says Roelof Lotriet, winemaker of Delheim.

Roelof says the 99% are the cellar workers, the vineyard workers, winemakers, Spatz, Vera, Nora, Victor and everyone else.

“We are privileged to hear and see the stories but we also get to smell and taste the stories of Iconoclast. It’s also the 80th celebration which is 80 years of revolution and trial and error.”

The 2012 Iconoclast wine is a limited edition Cape Blend with 2 100 bottles to be released this year only. The blend is made up of 45% Shiraz, 30% Pinotage, 20% Cabernet Sauvignon and 5% Petit Verdot. While Cape Blends commonly uses Pinotage as the lead variety, Iconoclast is Shiraz-driven, quick that would have made Spatz smile, not only for being contrary to the mainstream, but also because Shiraz was his favourite.

Watch the video of winemaker Roelof Lotriet explaining the story behind Delheim’s 2012 Iconoclast.