Warm, sunny weather throughout June and July has prompted early harvests in northern Europe with Champagne and Alsace the latest to get underway this week, decanter.com reports. 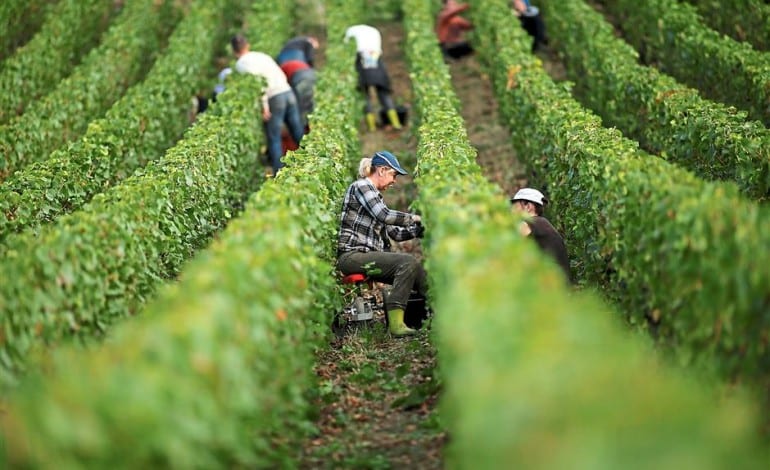 A recent article published on decanter.com reported that grape pickers were preparing to get started in a handful of Champagne communes on 21 August, according to the region’s Comité Champagne. Further east, Alsace winemakers were also preparing to begin picking grapes for Crémant sparkling wines from 22 August. The news follows a record early harvest across the border in Germany, brought on largely by consecutive weeks of warm and sunny weather in June and July.

In Alsace, some producers expressed concern to Le Monde newspaper that it might be difficult to find enough grape pickers in August.

However, the Alsace Winemakers’ Association (AVA) has set the later date of 3 September as the start of harvesting for still, appellation wines in the region.

In Champagne, it’s been a year of extremes to some extent. Growers and houses saw record winter rainfall, with 345mm falling from November 2017 to January 2018. That beats the previous high of 338mm set in 1965, according to the Comité.

A prolonged, cold winter then gave way to good weather through flowering in early June and temperature and sunshine hours well above long-term averages.

Optimism around the vintage was high, said the Comité, which has set yields as 10,800kg per hectare.

Yields are set with one eye on the market and there is an assumption that global Champagne sales in 2018 will not grow significantly versus 2017 in volume terms, albeit exports were expected to lead any increase.

In Germany, the first grapes for 2018 wines were picked for partially fermented ‘Federweisser’ in Rheinhessen on 6 August, following the country’s warmest April since statisticians began compiling figures.

Germany’s wine institute said that there was optimism around the potential harvest quality, although some growers had faced intense water stress and needed to irrigate on younger vines and vineyards on shallow soils, in particular.

Rain in August has offered welcome respite to some.

‘After the rain of the past days, the the berry size is increasing and maturation is clearly noticeable and very advanced for this time of the year,’ Dr Ernst Loosen, the celebrated producer in the Mosel area.

‘Before the rain the ripening process was somewhat “blocked” by the dryness.’

Loosen said that he expected to begin harvesting on 10 September, around one week earlier than normal, and added that grapes were looking ‘very, very good’ following initial analysis.

But uneven and rapid ripening could create an intensive harvest period.

‘The harvesting window will probably be rather small and we expect to do a lot of selection work, to separate the different ripeness levels of the bunches on the vines,’ Loosen said.

Anne Krebiehl MW, an expert on German wine, said that the heatwaves of recent weeks were seen as a boon in the most northerly areas. ‘Just look at the smiling faces of growers in Saale-Unstrut – or England,’ she said.