Changes on origin terrain: More freedom for use of estate names – but “estate wine” is another matter 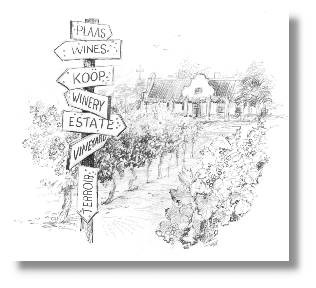 In future estate wine producers will have a lot more freedom to use the brand value of their estate name to best advantage, but consumers who are adamant that the wine must be specifically from that estate, will have to study the fine print on the label.

At the same time existing concessions now no longer apply with the result that wine indicated specifically as “estate wine” on the label, will in all instances be wine cultivated, made and bottled on the estate – a principle that ties in neatly with the increasing emphasis on terroir and own identity in quality wine.

New legal prescriptions now offer estate wine producers the opportunity not only to use their cellar facilities more efficiently, but also to commercialise their estate names by using them as brands for non-estate wine. This means that, in addition to several ‘new’ estate wines that are likely to appear on the market, many wines marketed under familiar estate names will no longer necessarily be “estate” wine.

With registered estate names no longer being areas of origin in terms of the Liquor Products Act since 1 July 2003, the possibility now exists for the owner of a specific estate to use the same name to market his estate wine as well as using it as a brand for non-estate wine.

Although estates have been allowed to process non-estate grapes in their cellars for several years, they had to use a second brand name to market the wine made from such grapes. This option was unacceptable to many estates who wanted to hike their volumes for economic reasons. They were then forced to deregister as estates in order to retain their brands.

In future consumers looking specifically for an estate wine will therefore have to make sure that the label states clearly that it is an estate wine. Only then can the consumer rest assured that the wine hails from that specific estate from the berry to the bottle.

According to Braam van Velden, chairman of the Cape Estate Wine Producers’ Association (VKL), the concept of estate was seriously diluted over the years by concessions such as including outlying land with estates and using cellar and bottling facilities elsewhere.

“At one stage about 50% of all registered estates functioned in terms of exceptions to the original estate principle,” says Van Velden.

The VKL requested the Wine and Spirits Board to investigate the abolition of these concessions, and according to a decision of the Board all existing concessions will now expire, the result being that henceforth estate wine will in all instances be wine cultivated, made and bottled on the estate.

The definition of estates as demarcated areas of origin was likewise replaced by a simplified process in terms of which land can be registered for the production of estate wine.

Under the new dispensation estate wine will also be able to originate from neighbouring farms (but not outlying land) provided it is managed as a unit together with the land on which the estate’s cellar is situated, but with the proviso that all vinification processes up to and including bottling have to occur on the estate.

These new prescriptions became effective on 1 July 2003, but according to Van Velden estates who do not have their own bottling facilities yet will be able to get an extension until the 2004 pressing season to bottle their wines elsewhere.

According to Sawis 94 wine producers are currently registered to make estate wine.

Incidentally, 24 producers were registered as estates at one point or another, but elected to deregister before the new system came into effect.

The Wine and Spirit Board has announced that wine rejected in terms of, inter alia, insufficient cultivar character and a thin, watery character, will in fact be approved under certain conditions. These traits are the most important reasons for rejections.

Earlier the Board announced the following figures for rejections of bottled final submissions (from first to final rejections):

The Board has now decided, however, that if a wine is rejected because of insufficient cultivar character and/or being thin and watery and/or having insufficient typical style related or wine character, the party making the submission may submit a written declaration from the buyer in question to Sawis who administers the system, to the effect that the buyer in fact desires that particular style of wine. In such an instance the rejection will be turned into an administrative approval.

This concession does not apply to noble and special late harvest wine, sparkling wine and fortified wine rejected on grounds of insufficient typical, style related or wine character.

Sawis will keep a record of cases where rejections were turned into approval on this basis and report back to the Technical Committee of the Board on a quarterly basis. If abuse is suspected, matters will be investigated. 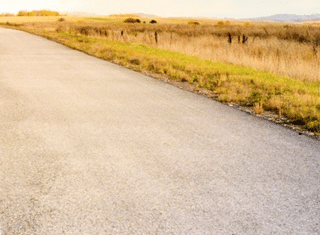 The SA wine industry is at the midway mark towards its 2025 targets. We reflect on its milestones, challenges... END_OF_DOCUMENT_TOKEN_TO_BE_REPLACED 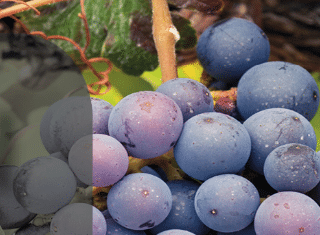 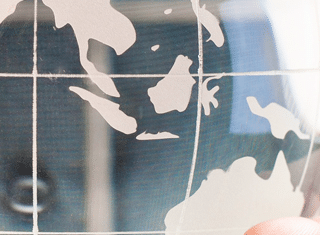 No silver bullet against climate change

It seems everyone is looking for a quick fix to combat the effects of climate change but Vinpro Geographic... END_OF_DOCUMENT_TOKEN_TO_BE_REPLACED
Go Back
Shares