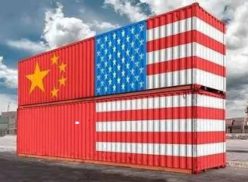 Focusing on China is a no-brainer for the South African wine industry. China, like any other market, poses challenges, but they’re outweighed by opportunity and potential. SA wine has to position itself so it captures this receptive audience.

There are 1.38 billion people in China. While only 38 million are currently enthusiastic wine drinkers, consider the potential!

In its March 2017 issue, The Drinks Business magazine predicted, “Wine sales in China will grow by 39.8% in the next three years, leading the country to become the world’s second largest wine market after the US.”

Based on how wine culture is promoted by the Chinese wine industry, the change in lifestyle and preferences and the increased association with imported products, all predictions are that the current per capita consumption of 1.34 litres will increase dramatically over the next three years.

While China is currently South Africa’s sixth biggest export market for wine, many of the traditional wine markets are under pressure – both economically and politically. The future of SA’s biggest wine market, Great Britain, is uncertain given sterling’s volatility and the imminent implementation of Brexit.

Year on year, the Far East outperforms all traditional wine markets for South Africa when it comes to percentage growth in bottled wine exports (Sawis).

The quest for luxury

The generational grouping of Chinese aged 20 to 40 exhibits interesting behaviour. This dynamic upper middle class prefers luxury and international brands and has spending power to match.

There’s a strong aspirational culture for owning the latest brands and imported products and as wine is not yet part of an everyday lifestyle, imported wine in particular falls in the luxury products category.

Despite a global economic downturn, the trend for luxury goods in China continues. China’s 520 Day initiative for example celebrates a second Valentine’s Day focused on luxury gifting. Brands such as Cartier and Givenchy use WeChat campaigns to exploit this, successfully capitalising on both e-commerce and social media influence.

What makes China distinctive is how sales platforms and concepts differ from traditional wine markets. Tighter anticorruption control has affected the market, but gifting for instance remains an essential part of Chinese culture and a significant aspect of the market. Wine gifts are especially popular during Chinese New Year and the Mid-Autumn Festival and account for more than 50% of annual wine sales. From a production side, it allows for large volume production and lower overheads.

China is also bold when it comes to marketing and promotion concepts. Forget homesteads on labels and Parker ratings for wine marketing. The Chinese are fearless when it comes to colour and visuals and innovative with online sale strategies and marketing. This makes China an interesting market, to say the least!

With traditional markets under pressure, you have to look elsewhere, but China offers more than just another trading floor. Its sheer size and volume can be daunting but it provides endless possibilities. Continuous consumer development and a forthright approach to product development, marketing and sales make China a fascinating place to be for those who are open-minded and hungry for business – which is what the South African wine industry will have to be in order to survive.

Graham Beck started its exports to the US market in 2004. Little did we know at the time it would be such a hard nut to crack!

Firstly, we needed to understand how the three-tier system works. Then we realised from day one that going the national importer route was not going to bring much or any money back to SA! We also investigated acquiring our own import licence as the Beck family has interests in Kentucky. In the end we opted for the regional route, going from state to state – baby steps, one step at a time.

Be close to your market

We appointed a representative in America to be closer to the markets. North America is a long way from home and this option allowed some savings. When you travel through the US, you realise how much territory there is to cover.

We started out by visiting one or two states once a year, but as our footprint increased we now make at least three visits a year. Early on I, as the winemaker, would pack my bags for a four- to five-week pilgrimage to the US on a yearly basis. You quickly learn how to navigate the streets and walk the talk.

Of all markets the US remains the most rewarding to my mind. Why? As long as you have a bottle under your arm and you can get the storeowner/wine buyer/decision maker to taste the wine you’re presenting, tomorrow it will be on the shelf and you’ll have immediate exposure. This is very different from other markets where they’ll tell you to come back another day or refer you to someone else. You could easily get from five to 12 visits done in a day. The day might only end with your last call around eight in the evening. Only the Japanese market compares to this experience.

Today the dynamics in the US market have changed. Over the past five years we’ve made changes that substantially increased efficiency and sales. For instance, we have an importer – Maritime Wine Trading Collective in San Francisco – acting on our behalf. This ensures we always have stock available in the US market. The turnaround time from South Africa to the US was still far too long and having an importer has made a marked difference. As far as possible we also ship direct imports to distributers in the various states. This has helped the margins on both sides – a wonderful win-win partnership for us and the distributor.

Thanks to a concerted effort Graham Beck has been able to excel in the US market. According to the latest Sawis stats, MCC exports have grown by 12.5% from 2016 to 2017 and 152 997 nine-litre cases have been exported this year. Graham Beck now enjoys virtual ownership of this market. Total SA MCC exports to the US this year were 29 828 cases, of which Graham Beck exported 28 634 cases – a whopping 96% market share. We are far from saying we’ve arrived and are doing well – many more hours and frequent visits lie ahead to ensure further growth – but I’d say we’ve shown what’s possible. Our depletion reports from the US indicate that growth remains in double-digit figures.

My last pilgrimage was in July and the next is at the end of October. An interesting fact is the Americans refer to October, November and December as OND – the period when 70% of total wine sales occur throughout the US.