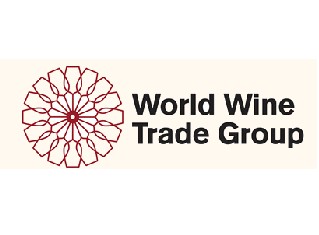 The annual World Wine Trade Group (WWTG) meeting was held in Ottawa Canada on 3 to 5 October 2016 and attended by member countries such as Australia, New Zealand, Argentina, Chile, United States, Georgia, Canada and South Africa.  Observer countries included Mexico, Japan and the Wine and Spirit Association in the UK.  The South African delegation included members from industry as well as the Department of Agriculture and the Wine and Spirits Board. A number of topics of common interest were discussed in industry and government sessions and action plans formulated to address these.

Some key reflections on some of the key agenda items include:

Trade Barriers remain a challenge for all

Numerous trade barriers in wine trade were highlighted with many members raising specific issues with regard to Thailand (including graphic health warnings), South Korea (health warnings), Brazil (new regulations on wine additives), Canada (changes to wine sales and distribution in British Columbia, Ontario and Quebec) and the European Union (Environmental Footprint and Endocrine Disruptors, amongst others.  A detailed update on the latest developments with regard to the World Health Organization on global non-communicable diseases action plan was also discussed.  The comprehensive 37 page document on trade barriers per country is available on http://www.sawis.co.za/wise/index.php

Members continued to raise concerns as the EU’s new policy and regulation has still not been finalized and existing trade concerns remain unchanged.  Currently, the European Commission is consulting on the extension of some grape variety names to become Geographical Indications and also include these terms in third country trade agreements, which could have impact with WWTG country international trade.  A strongly worded letter will be send to the EU Commission on behalf of the group seeking clarity and a meeting in Brussels.

Brexit focus on evolution vs revolution

Following the June, 2016, BREXIT vote, it has been announced that the UK will trigger Article 50 in March 2017, providing a further two years for negotiations with the EU.  A member of the UK Wine and Spirits Trade Association (WTSA), who represent wine growers, manufacturers and retail provided insightful perspectives on the key initiatives that the UK wine and spirits industry are busy with to explore future opportunities and emphasizing that this should be an “evolutionary and not revolutionary” process.  There was also consensus that the WWTG will set up an action plan to work closely with the WTSA on these matters as well as engage as individual countries with the British Government.  A strong view was also expressed by the WSTA that the “mutual acceptance agreements” currently in use by the WWTG should form the basis of the way forward

Addition of Water to Grape juice.

A lengthy discussion was held to ensure standardization and alignment between member countries on the core definition and regulations for the addition of water used in the manufacturing process to mix additives, clean equipment as well as addition to grape must in warmer regions.  Key action will be that the matrix presented will be expanded to also include the EU practices and then further Government engagement.

Chile is examining the options for trade facilitation for organic wine, which was shared as a possible WWTG initiative.  This will be extremely helpful to identify and inform members of existing regulations governing organic wine and help identify the possibility of further WWTG collaboration.  Next steps include refinement of research and discussion at the next meeting.

Concerns was raised on the potential negative policy and trade implications of the European Union’s Product Environmental Footprint (PEF) project and whilst these concerns has been voiced to the EU by the WWTG in proactive engagements there seems to be limited impact. The concern is that this project will standardize EU environmental standards in the near future, which would imply exclusion of existing sustainability programmes and IP in WWTG countries, thus becoming a further trade barrier. Decision was made to engage with the EU on this matter.

A key action of the WWTG group is to reduced border formalities and associated costs for trade between member countries. This was based on research done by the World Bank on the cost and time delays related to the shipment of wine samples.  Some members including South Africa reported that their importation processes are already streamlined.  Further refinement and deliberation will now be done to ensure that processes and regulation can ultimately be streamlined to save on this significant cost.

South Africa will assume the chairmanship of the WWTG group in Brussels in March 2017 at the next meeting and then host all members in October 2017 in Cape Town for the annual meeting. Prioritized market access for South African Wine is a core focus of the WISE strategic process.  It is believed that the WWTG provides a critical platform for the South African Wine Industry and our National Departments to collaborate and significantly improve market access for wine.