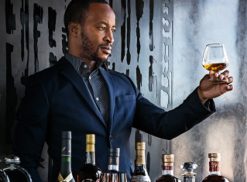 Brandy is a cornerstone of the local wine industry and among the biggest liquor category contributors to the government purse. It is also a world champion, having maintained a consistent presence among top performers in international competitions. This status has only been possible with a steadfast focus on excellence from top to bottom, by all producers involved.

“Our mandate is to represent the best interests of our members on issues of common interest across the brandy value chain in SA,” says South African Brandy Foundation director Christelle Reade-Jahn. “This includes facilitating the industry’s long-term growth through the promotion of SA brandy as a highly versatile grape spirit of outstanding quality; communication to its members on legislative and regulatory measures; and, to strategize, align and collaborate with members to ensure world class standards in all aspects of the industry value chain.”

In pursuit of its mandate, the SABF embarked on a category repositioning project with the industry last year that is supported by research, to create a new platform for promoting brandy nationally and for future exports. Two significant achievements have been the result so far.

Differential excise will eventually see a 10% excise reduction for finished product potstill and vintage brandy, phased in over two years.

Agreement has also been reached on the development of an internationally recognised Geographical Identity (GI) for SA potstill brandies as with Cognac or Armagnac, which will serve as a standard bearer for the superiority of local products. The name will be available for all 100% potstill brandies, all made to stringent legislated regulations.

These regulations begin with the raw product – the grapes themselves. In South Africa, mostly Colombar and Chenin Blanc grapes provide the base wine for distillation in copper potstills during which alcohol and flavour components are concentrated.

“The quality and composition of base wine used in the brandy distillation is critical to achieve quality in the final product,” says Mare-Loe Prinsloo, head of Brandy & Spirits Excellence at Distell – a member company of the SABF whose brandies include regular world champions.

Quality cannot be sustained however without a broad strategy. SABF marketing includes regular tastings for influencers; training for the hospitality trade and category ambassadors; and, various media and public relations initiatives. Among them is the stimulation of a craft brandy movement while the Brandy Homes campaign promotes SABF producer members themselves and brand excellence, in line with the wine industry focus on tourism.

There is a major focus too on re-establishing brandy in the minds of the emerging market in major centres across the country.

Collaborations too form an important part of extending the SABF’s reach. These include the launch of a project with Western Cape Minister of Economic Opportunities Alan Winde that will focus on top CEO’s, influencers and politicians; The Test Kitchen, which has seen brandy showcased in the restaurant regarded one of the world’s top 100 and best in SA; Independent Distillers of SA (IDOSA); the Cape Wine Institute; and, BLACC, an exclusive association of sommeliers with whom the SABF is working to create the first black-owned SA brandy trademark.