A cornucopia of fine wines 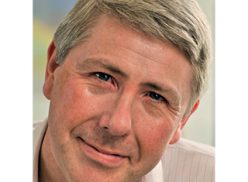 South Africa is well positioned to benefit from wine-lovers’ appreciation and knowledge of various grape varieties and wine styles.

Much has happened since the first Old Mutual Trophy Wine Show in 2002. The World of Fine Wine editor Neil Beckett, who was a judge at the 2007 show, this year returns to the competition as one of three international judges. In an exclusive Q&A with WineLand the outspoken critic gives his views on South African wines and emphasises that influential commentators now view them in a new way.

In terms of wine styles, what springs to mind when you think of South Africa?

My first purely personal rather than professional answer would be multivarietal white blends, especially those based on Rhône varieties, but also the Sauvignon/Semillon blends. This is partly because the most exciting white wine tasting we have had at The World of Fine Wine over the past few years was devoted to these wines, and it was both fascinating and thrilling. Our panel of three tasters, consisting of Andrew Jefford, Jancis Robinson and former world champion sommelier Andreas Larsson, were all mightily impressed, as was I.

But as soon as I start to think beyond those, several styles rush to mind all at once, from Chenin Blanc, especially the old-vine or skin-contact versions, to the great old reds like the 1966 GS Cabernet that I was fortunate enough to have tasted when last in South Africa for the Old Mutual Trophy Wine Show 10 years ago and the fortified reds that were among the other revelations at the time.

I’ve also been struck recently by the new-wave Chardonnays and Pinot Noirs, Syrahs and Cinsauts, but can never forget the classic Bordeaux blends and Pinotages I’ve enjoyed over the years. There are so many styles I think this cornucopia is one of South Africa’s great strengths.

Our most recent South African column was titled “Having It All” because as Tim James wrote, “The avant-garde, no matter how exciting and rewarding, must be seen in perspective. As the vanguard metaphor implies and logic dictates, it must be a minority.

“One perspective is the steady drift of some of its revelations to the wider wine industry, especially at an ambitious level. Amphoras and skin-contact whites will remain recherché, but the spread of earlier picking, restraint in using new oak and reduced winemaking intervention is astounding.

“Tasting the young wines offered at this year’s Independent Winemakers Guild Auction, always something of a redoubt of conservatively, grandly styled reds, revealed greater freshness, less extraction, less new oak, than ever before. That’s more heartening in many ways than a splendid wine from an amphora or a fascinating, whole-bunch-fermented Muscat. But it’s very good to have it all.” That sums it up well.

The South African wine industry is working hard to promote its top-end wines to change perceptions that it’s a region that produces cheap and cheerful wines. Have UK consumers started to take note of this?

I have less direct contact with British consumers than I do other members of the media and trade, and am not up to date with the latest shipment or sales figures. But I believe those other members of the media and trade, as consumers themselves, are aware of the shift in perceptions and happy to do what they can to support it. If the shift is not already well under way among other consumers, which I suspect it is, then it should soon be.

By way of example, I was invited to a dinner party a few months ago and Tim Atkin, one of the other guests, brought along a bottle of Puligny-Montrachet Premier Cru from a top grower and a bottle of Alheit Cartology. He introduced them as being in the same league, which we all agreed they were. Jancis Robinson also mentioned to me recently that she’d met the new MD of a well-established wine merchant in a fashionable London wine bar and the first wine they ordered was one of Eben Sadie’s wines by the glass.

When I last had Andrew Jefford to dinner, we drank one of Eben’s Old Vineyard Series and thoroughly enjoyed it. So, when we’re buying wines for ourselves and kindred spirits, we definitely look to South Africa in a way we might not have done only a few years ago.

Would South Africa benefit from having a signature cultivar or style, like New Zealand with Sauvignon Blanc or Argentina with Malbec?

For a country that’s attempting to create a reputation more or less from scratch, focusing on a single style or variety might have some advantages in the short term. But I think that South Africa is well beyond that. It now produces so many different styles and varieties so successfully that being a one-trick pony would not make much sense. In fact, I don’t think it would be possible.

That’s not to say of course that South Africa shouldn’t be proud of Pinotage for example. I think it should be proud of the best examples, but its reputation will improve even more if it’s represented by the top producers and wines rather than being stuck with some specious talismanic value. There has never been a greater appreciation and knowledge of grape varieties and wine styles than there is now, and I think South Africa should encourage and enjoy that long-term trend, which it’s well placed to do.