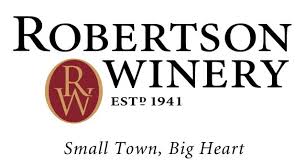 Robertson Winery and the workers representative trade union, CSSAWU have ended the thirteen week long strike. A three year substantive agreement was reached on the 23 November. “The agreement will see all employees receiving an increase of 8%. This will bring the new cost to company (CTC) to R4263.56 per month,” said Anton Cilliers, managing director of Robertson Winery. The agreement also caters for an increase in 2017 and 2018 of CPI plus 1.5 % and 1% respectively.

The agreement was a great achievement especially since the initial 150 % increase by the worker representative union was implausible and impossible to consider. The winery also expressed its commitment to improving the overall livelihood of its workers conditions which currently include access to house loans, subsidies and free medical facilities.’ The company is also committed to pursuing other initiatives that will economically empower the community,” continued Cilliers. In hindsight, he noted the 66% transfer of the farm “Constitution Road” into a trust that is held by 183 previously disadvantaged women who work on the farm.

In conclusion, he sincerely thanked all personnel, consumers, suppliers, service providers and members of the general public for their loyal unwavering support during the protracted strike period. Normal operations at the winery will commence on the 28th of November.