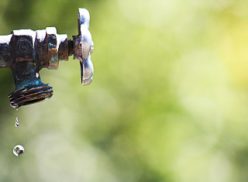 The average water level for dams across the Western Cape has increased slightly and currently stands at 28.1%. This represents a 1% increase over the past week. The average level was 68% in the same period last year.

Anton Bredell, the minister of Local Government, Environmental Affairs and Development Planning in the Western Cape says the drought continues to be unrelenting despite good rainfall in some regions across the province.

“We have been managing and fighting this drought for a number of years, having declared local disasters in five areas in January 2016 already. We continue to work on our contingency plans in the event of the drought crisis deepening even further.”

Bredell says a key element of the action plan for the province includes the City of Cape Town’s recent request for proposals on augmenting the city’s water supply. This has solicited a great response from the private sector.

“Some of the options that may now be considered for further implementation by the City once the process has been completed, includes greater reusage and extraction of ground water. The future role of desalination also remains a key topic of discussion at the moment. This may include mobile desalination plants across the province,” says Bredell.

He explained that experts from all spheres of government are actively involved on a daily basis in the planning and implementation of programs to address the situation as well as possible.

The City of Cape Town and the national Department of Water and Sanitation measures dam levels to check how much water is available for the region.

Follow the City’s weekly reports to keep up to date with our current dam levels.