The aim of this study was to investigate the genetic diversity of GRSPaV in South Africa and to evaluate the success of biological indexing as a detection tool for this virus.

Grapevine rupestris stem pitting-associated virus (GRSPaV) is a ubiquitous grapevine virus commonly detected in cultivated vines. It has been reported to be associated with rupestris stem pitting (RSP) and possibly Syrah decline (SD) (Figure 1).1 Its only known means of transmission is through vegetative propagation or grafting, and there have been no reports of an insect vector capable of spreading GRSPaV.1 Hardwood indexing is the primary method of diagnosis used to monitor the GRSPaV status for the fulfilment of sanitary requirements for candidate mother plants. Currently, six different variant groups, also referred to as strains, of GRSPaV are recognised (groups I, IIa, IIb, IIc, III and IV). Each variant group is represented by the complete genome sequence of one or more isolates of which 18 are available on an online database of nucleotide sequences (GenBank). Sequences of two parts of the virus genome, the coat protein and the replicase polyprotein, are used to detect and classify GRSPaV variants.2 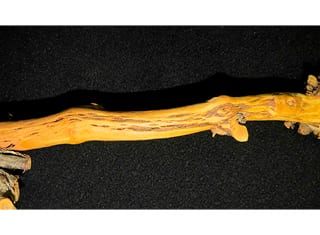 FIGURE 1. Pitting and grooves on the stem of V. rupestris St. George, the indicator for rupestris stem pitting.

The symptoms caused by GRSPaV vary greatly among virus variants and depend largely on the cultivar infected. Infection of indicator ‘St. George’ grapevines (V. rupestris Scheele) with group IIa variants does not elicit symptoms associated with RSP, but is strongly associated with GVN, while variants of group IIc cause RSP. Furthermore, infection with group IIb causes mild or no symptoms, whereas group I is closely associated with Syrah decline.3-5 Inconsistencies in symptom expression may be explained by simultaneous infection by multiple viruses or multiple sequence variants of GRSPaV.6

Recombination is a process during which one virus variant exchanges parts of its genome with that of another variant. The resulting virus, also referred to as the ‘recombinant,’ is a ‘hybrid’ of the two parental variants and may possess a mixture of the parental traits. Recombination in viruses is a mechanism to generate genetic variability and has been linked to an increase in virulence, evasion of host immunity, and an increase in resistance to antiviral agents (Figure 2).7 If a recombination event occurred between or inside the regions used to categorise variants, classification may be incorrect. It is therefore important to take recombination into consideration when classifying virus variants.

FIGURE 2. Graphical representation of a recombination event between two virus variants resulting in a recombinant sequence containing fragments from both parental variants. Breakpoint position indicated with a red arrow.

The influence of recombination and the use of two different genomic regions for classification of virus variants was also assessed. A survey (OV) was carried out on South African vineyards that were established prior to the implementation of current sanitary protocols. A second survey (MB) was conducted on mother blocks that, based on results from biological indexing, previously conformed to South African certification requirements, but are no longer used for vine propagation.

Diagnostic reverse transcription polymerase chain reactions (RT-PCR) were used to identify plants infected with GRSPaV. The nucleotide sequences of two genomic regions, a section encompassing the coat protein gene (‘CPreg’) and a part of the replicase gene (‘pREP’), were determined and used to determine which GRSPaV variant(s) were present in infected plants.

To investigate the impact of recombination on variant classification and the success of the GRSPaV coat protein and replicase domains to correctly classify virus variants, the full genome sequences of the 18 representative GRSPaV isolates from GenBank were used. The sequences were screened for the presence of recombination using a recombination detection programme (RDP4).8 The 18 isolates were then classified both by their full genomes, and by considering only the CPreg or pREP areas of their genomes.

While a low incidence of GRSPaV was observed in the MB survey (6.25%), the prevalence of GRSPaV was much higher in the OV vineyards (29.06%), indicating a decrease of GRSPaV in plants screened using biological indexing. Isolates from five of the six currently recognised variant groups (I, IIa, IIb, IIc and III) were detected. A distinct variant group that is not represented by any of the full genome representative sequences was detected and subsequently labelled group IId. In most cases, the classification of variants from a single sample based on both the CPreg and pREP regions was consistent. The majority of isolates from the surveys clustered with groups IIa, IIb, IIc and IId. Infections by more than one GRSPaV variant per plant were detected in both surveys.

Genetic diversity was lowest in the MB survey and all but one positive sample originated from the same vineyard, which could be the result of failed elimination of the virus from source material. Isolates from this block fall within group IIa or IIb, which are known to elicit mild or no symptoms on indicator plants.5 This could indicate that hardwood indexing is less effective than RT-PCR at detecting asymptomatic or mildly symptomatic GRSPaV variants.

Recombination was detected in three of the 18 full genome sequences used to classify GRSPaV isolates found in the field. Most notably, classification of reference isolates for variant group IIc based on the CPreg and pREP regions was not consistent. Because a recombination event occurred between the CPreg and pREP regions of these isolates, variants from group IIc were classified as group III based on sequences of the CPreg area. These results were reflected in the survey, where isolates from the same samples for which the pREP sequences fall within group IIc, seemed to cluster with group III based on the sequence of their coat protein. This demonstrates the possibility of incorrect classification if only one genomic region is considered.

This study illustrates the broad genetic diversity of GRSPaV in South Africa. A previously unclassified variant group of GRSPaV, IId, has been detected and remains to be further investigated. A noticeable difference in the distribution of virus variants was observed between previously certified and uncertified plants. The presence of mildly symptomatic or asymptomatic variants of GRSPaV in plants that tested negative by hardwood indexing indicates the need for development of improved detection and disease control methods, as non-symptom-causing variants may still play a role in virus pathogenesis.9 Sequence data generated in this study can assist in the advancement of such methods. Although the results imply that the replicase area of the genome might be superior to the coat protein at discerning between virus variants, the ability of recombination to influence variant classification stresses the need to take these factors into account during assay design.

Grapevine rupestris stem pitting-associated virus (GRSPaV) is linked to several grapevine diseases. The existence of multiple strains of GRSPaV coupled with variable symptom expression and the occurrence of recombination has led to difficulties in detecting and classifying GRSPaV isolates. Two surveys were conducted to investigate the genetic diversity of GRSPaV in South Africa, to compare the effectiveness of two genomic domains to classify virus variants and to investigate the impact of recombination on variant classification. GRSPaV variants identified in the surveys clustered into five of the six currently recognised lineages, and a seventh, previously unclassified lineage was detected. A correlation was observed between the detection of recombinant GRSPaV sequences and inconsistencies in classification when using different genome regions for analysis. Results from this study indicate that visual diagnosis on an indicator host is not always sensitive enough to detect mildly symptomatic or asymptomatic variants of GRSPaV, stressing the need for development of more sensitive detection assays to fulfil sanitary requirements.

The authors would like to acknowledge Winetech for project funding (Grant number: GenUS 15/2). We also want to thank the owners of the wine estates for permission to sample vineyards and for providing information on the ages and cultivars of sampled vines, the National Research Foundation of South Africa for personal funding, and Dr. Rachelle Bester and Dirk Aldrich for their assistance in performing some of the lab work for this project.

– For more information, contact Johan Burger at jtb@sun.ac.za or Hano Maree at hjmaree@sun.ac.za.