Here’s a graph depicting the trend in domestic wine consumption from 1945 to 2016. 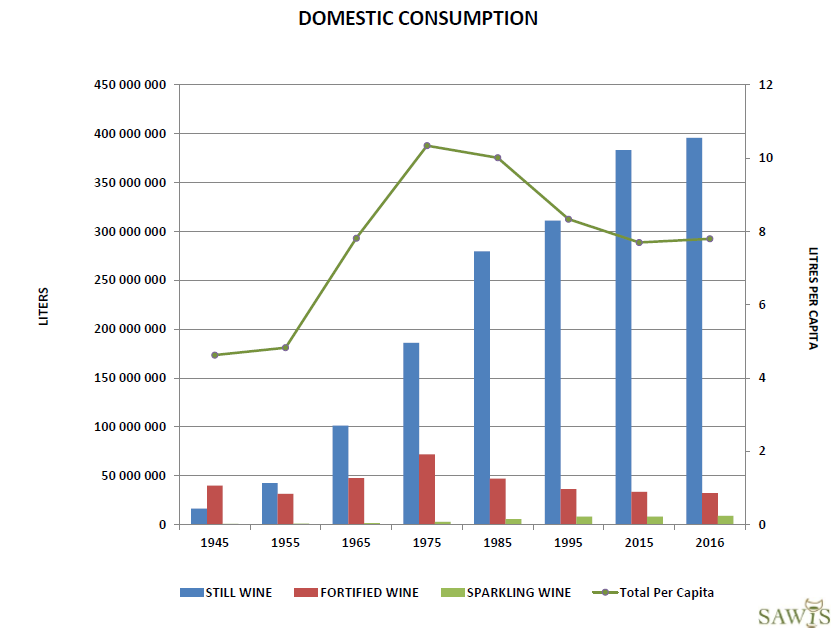 Finally, there was a strong decrease in total per capita consumption after 1975. Wine consumption suddenly stopped tracking with population growth. This development was not due to a new tax or even legislation. The relative drop in domestic wine-drinking habits can be traced directly to the increase in beer consumption as a substitute for wine: South African beer consumption doubled between 1974 and 1978. The beer surge obliterated a large chunk of market share from the wine industry.

The good news is that 40 years later, the trend seems to have turned a corner. Per capita wine consumption has been showing signs of recovery since 2015. A new generation is turning to wine as their tipple of choice. This represents a golden opportunity for the wine industry.