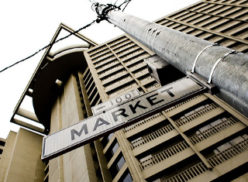 The SA Wine and Brandy Industry’s focus is on existing markets in accordance with Wosa’s 2018 strategy. However, this arena is not without its challenges.

As much as the industry would like to see Southern African Customs Union (Sacu), which South Africa is part of, concluding more free trade agreements, the South African government doesn’t seem to have an appetite for the usually lengthy negotiations. In addition, some member countries simply do not honour them or otherwise impose trade barriers to protect their local markets. This is the case for example in Botswana, where double taxation is imposed on imported products because their manufacturers have not established themselves in the local markets.

China is one of our fastest-growing existing markets. In 2014, the South African Institute of International Affairs (Saiia) conducted research to determine the feasibility of concluding a free trade agreement with China. Unfortunately the initial interest from the South African government waned after objections from the construction industry, notably Group 5 and Murray and Roberts. Further objections came from telecommunications company MTN, which saw China as a threat. SA/Sacu members also felt that competition from China would threaten their less developed industry. The result is that the agricultural industry does not enjoy the same privileges as some of its competitors.

SA/Sacu and China can still cooperate on a business-to-business basis through memorandums of agreement based on mutually agreed standards, but in the end, lower tariffs can only be negotiated between governments.

Two other existing markets, the United States and the United Kingdom, also have dark clouds rolling in with Agoa winding down and Brexit looming large. Both markets are considered lucrative and growing in the wine industry, and are poised to conclude new free trade agreements by 2025.

The incumbent US administration has indicated that it would like to move away from aid-based trade relations and prioritise US interests.

It is uncertain whether the UK government would allow the same conditions that SA/Sacu members are enjoying under the SADC/EU economic partnership agreement (EPA). Although both parties have agreed in principle on a smooth transition, the outcome of negotiations between EU and UK will be deciding factor. In the meantime, SA/Sacu is engaging with the UK to secure an agreement by the end of 2019, when the UK’s exit from the EU is due to take effect. The UK may end up accepting certain quotas to protect its local market. It is unclear what SA/Sacu will be offered, but the continued discussions are a hopeful sign for the wine and brandy industry.

With all the uncertainty on European markets, Africa has become an attractive option.  SA/Sacu has successfully negotiated with the Southern African Development Community (Sadc) and two other blocs in Africa – the EAC (East Africa Community) and Comesa (Common Market of East Southern Africa) – on greater market integration, industrialisation, infrastructure development and movement of business persons.

The wine industry’s particular concern for rules of origin and tariff liberalisation has been communicated to the three blocs, but an agreement could not be reached on the specific products of interest – including wine.

The Salba technical team has escalated the negotiations to senior officials of the three blocks with the hope that the deadlock would be resolved, and has been assured that the parties would reach consensus. It was also reported that 21 out of 26 bloc member states have signed the tripartite free trade agreement (TFTA) and Uganda would soon be ratifying the agreement.

If Salba’s proposal is accepted, most of the concerns regarding access to the EAC market and tariff liberalisation raised by Wosa would be addressed. An agreement is expected to be reached by 30 September 2017.