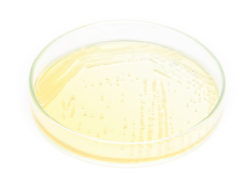 The aim of this study was to characterise and evaluate a selection of South African T. delbrueckii yeast isolates under laboratory conditions.8

T. delbrueckii yeast is found naturally in most wine producing regions of the world, and relatively recently commercial strains have become available. However, the use of T. delbrueckii yeast for winemaking has been suggested as far back as 1948 for musts low in sugar and acid, and for the production of red and rosé wines in Italy.7 Recent studies showed that T. delbrueckii yeasts produce lower levels of volatile acidity (VA) and acetaldehyde in comparison to S. cerevisiae, and can contribute positively to the flavour of wines.1,2,3,4 The changing taxonomic description of this species in the past, together with the natural genetic variation found amongst yeasts, means there is potential for strains with improved performance in comparison to the commercial strains.

The yeasts were characterised by various molecular, biochemical and physiological methods. Laboratory-scale fermentations were conducted at 22  and 15°C, respectively, in a clarified Chenin blanc/Chardonnay (1:1 ratio) grape must blend (21.5°B; total acidity: 7.0 g/ℓ; and pH: 3.69).

The various characterisation methods used in this investigation made it possible to differentiate between, and to confirm the identity of the T. delbrueckii yeast strains. The South African strains could be divided into 13 groups. The groups contained 17, seven, six, three and two strains, respectively, while the remaining eight groups contained one strain each. None of the groups matched that of the profiles of the T. delbrueckii reference strains, underlining the wide genetic diversity amongst the strains.

The fermentation data of the 22°C trial showed that the T. delbrueckii yeasts fell into two distinct groups, a faster (18 strains) and a slower (25 strains) fermenting group. The two commercial T. delbrueckii strains and the S. cerevisiae reference yeast were part of the faster fermenting group. One South African strain finished the fermentation at a similar rate to that of the S. cerevisiae reference yeast, thus showing potential for use in further fermentation studies.

Chemical analyses performed on the resultant laboratory-scale wines showed that the VA values for most of the yeast strains were similar (0.3 – 0.5 g/ℓ) at 15°C and 22°C. One T. delbrueckii strain produced VA levels nearly double than that of the other yeasts (0.7 g/ℓ at 15°C and 1.0 g/ℓ at 22°C). Although still within the permissible limit (1.2 g/ℓ) for South African wines, the use of this particular strain would not be recommended for wine production.

The concentration of glycerol produced by most of the T. delbrueckii strains was generally higher than that of the S. cerevisiae reference yeast and ranged from 5.0 – 13 g/ℓ at 22°C, and from 5.0 – 7.9 g/ℓ at 15°C. Glycerol is one of the major products of alcoholic fermentation. It can have a notable effect on sweetness and mouth-feel in dry wines in concentrations above 5.2 g/ℓ, although it has no direct impact on the aromatic characteristics of wine.

Some of the wines had higher total SO2 levels than the reference strains, but still within the permissible limits for South African wines. High levels of SO2 are not desirable as this could negatively affect the wine quality, and inhibit sensitive co-inoculant wine yeasts and malolactic bacteria.

Characterisation of the South African T. delbrueckii strains showed a large genetic diversity. None of them matched the biochemical profiles of the commercial strains or type strain. The laboratory-scale fermentations indicated that not all of the T. delbrueckii yeast strains were suitable for wine production. However, some showed potential for use as single inoculants, or as co-inoculants with a S. cerevisiae yeast strain. Therefore, depending on the fermentation temperature, different T. delbrueckii strains would be suitable for specific wine styles. These promising yeast strains would require further studies to evaluate their performance under industry conditions.

Torulaspora delbrueckii yeast strains isolated from South African grapes and must, T. delbrueckii reference strains and a S. cerevisiae reference yeast were characterised using conventional and molecular microbiological techniques. Based on the characterisation results the T. delbrueckii strains were divided into 13 groups. The performances of these yeasts were evaluated in grape must in laboratory-scale fermentations at 15  and 22°C. The fermentation data showed that the yeasts fell into two distinct groups, a fast and a slow fermenting group. Chemical analyses of the resultant laboratory-scale wines (alcohol, volatile acidity, glycerol, total SO2 and residual sugar) showed some of the T. delbrueckii strains produced wines with acceptable chemical profiles at both temperatures. Therefore, depending on the fermentation temperature, different T. delbrueckii strains would be suitable for specific wine styles and some may be considered for single inoculations without the addition of S. cerevisiae.

The authors wish to thank Winetech, the ARC and CPUT for financial support and the ARC Infruitec-Nietvoorbij Post Harvest and Wine Technology division for the use of their facilities, as well as the Microbiology team for technical assistance.