Fairview, a shining example of the power of solar 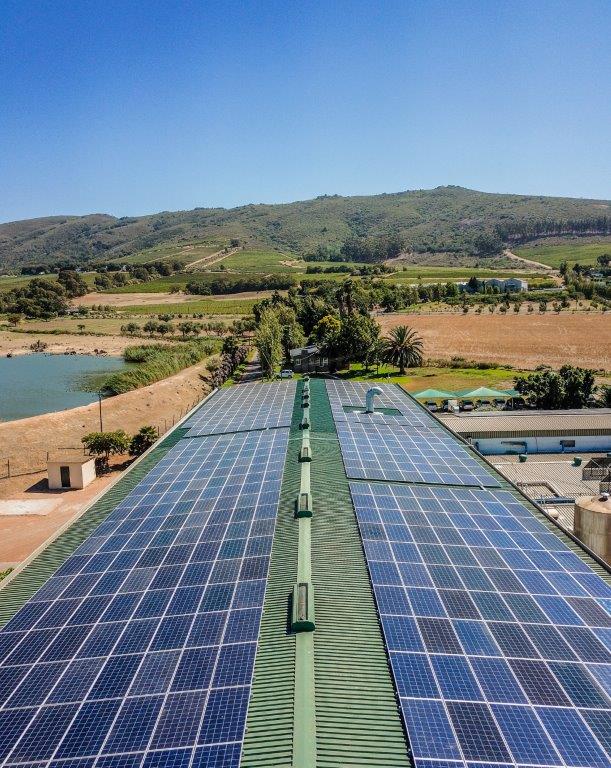 The nation’s skewed dependence on traditional power sources has once again come into sharp focus given the energy crisis gripping the nation. As businesses and South Africans at large come to grips with an unpredictable power supply and the rising cost of electricity, the viability of renewable energy as a dependable source of power has been prioritised.  Renewable energy is the answer to a responsible and sustainable future.

Fairview Wine and Cheese Estate has prioritised the power of renewable energy as part of their responsible approach to business. In a prime example of their commitment to change, Emergent Energy, with the support of Absa, has provided a comprehensive solar solution to the Estate in the Western Cape. “With roots in the wine industry dating as far back as the 17th century, Fairview’s ability to produce the very best cheeses for the local and global market is instrumental in us remaining relevant,” said Charles Back, proprietor of Fairview.

Social and environmental responsibility is at the heart of Fairview’s approach to business. In particular, generating electricity is part of a holistic environmentally responsible model for Fairview. From removing ‘alien’ vegetation and preheating water before entering the boiler to producing its own meat and farming key ingredients for the restaurant, Fairview has seen the broader sustainable picture.

“To this end, a lack of predictability of supply and incredible energy costs are massive risks to our business. No power equates to no cheese and going green was a no-brainer and is already showing results for Fairview,” Back said.

“Being a responsible player in the market is in our DNA. Being energy efficient is one aspect of reforming and improving the agriculture sector. This goes hand-in-hand with land reform, helping emerging farmers, enterprise supplier development and empowering our farm workers. Fairview is the ultimate template for the entire sector and this is a self-sustaining, pro-South Africa approach. Let’s leave the world in a better state than we found it in,” said Back.

Fairview invested in a system size of 305 kWp and there are 924 solar panels installed which generate an impressive 430 000 kWh of clean energy annually. “The estate has considerably reduced our reliance on the grid. We accrue about 18% of our energy needs from solar. In essence, we have greater control over the business whilst doing something responsible for the environment. It’s a win-win for all,” he said. 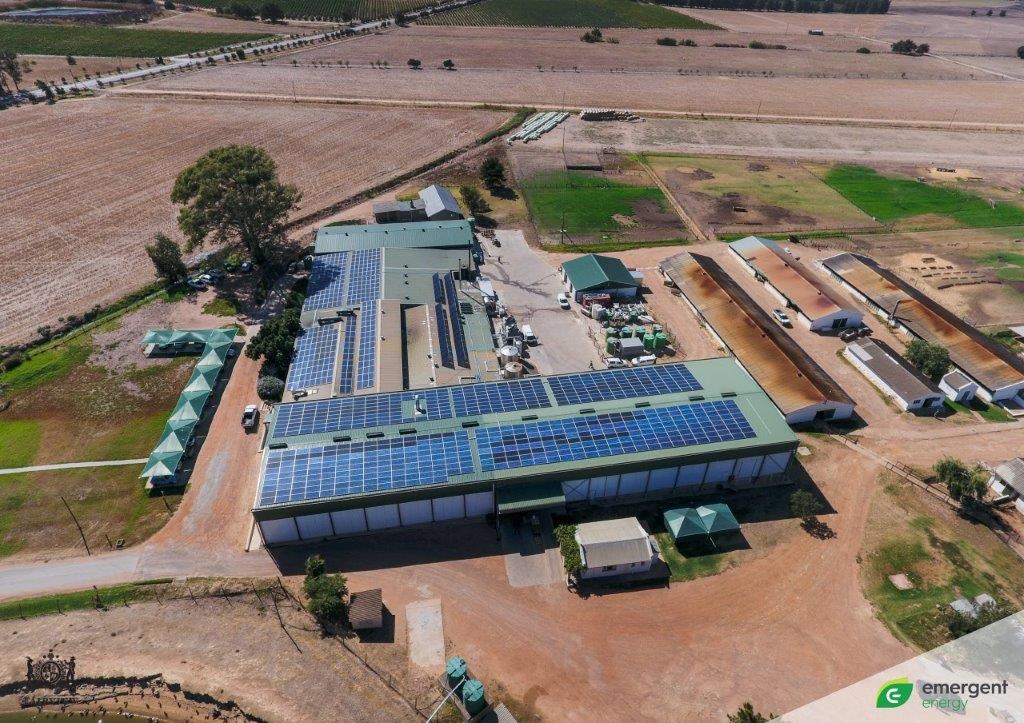 Investment into solar solutions is on the rise

An increase in investment into solar solutions through funding renewable energy solutions for businesses and households has largely been driven by the decreasing costs of technologies, increasing skills and experience within the teams who design and build these installations as well as regulatory certainty and frameworks.

“The integrity of our power supply has once again forced the hand of many players in South Africa’s economy – it is no longer business as usual and a multitude of manufacturers, farmers and industries are being forced to augment their power portfolio to survive,” said Justin Schmidt, Head: Renewable Energy  at Retail and Business Bank (RBB SA), Absa Group.

Substantially higher tariffs (the price you pay for units of electricity) over the last decade and the reduction in costs and increase in life spans of batteries, coupled with a strong investment into lithium ion technology, have all contributed to the appeal of solar.

“Businesses typically look at solar as purely an investment decision. They look at how long the system takes to pay itself off, what the returns on investment are and whether the cost of power produced is cheaper than the power they are currently purchasing. Once customers see a viable investment case, they look to us for funding, and whether this funding can be structured in a way that ensures they are paying less on their loan over time than they would have paid for energy. This then allows the investment into solar to yield positive impacts on their business cash flow over time,” notes Schmidt.

“When we first met with Charles Back back in 2015, little did we know that this was going to be the beginning of an amazing four-year journey with Fairview Wine & Cheese. Since then, trust and clarity have been the foundations of our relationship and have enabled us to complete the 305 kWp solar PV system at the Fairview Cheese factory in Paarl. Coupled with their diesel generator, the PV system will be generating an average of 430 000 kWh of clean energy yearly for the next twenty years.  Thank you to the Fairview team and Absa Group for making this adventure possible,” Timmis adds.