Despite some cyclical challenges that could impact commodity prices, the investment case for agriculture in Africa remains strong. This was one of the main messages to emerge from the 12th Agribusiness Africa Conference hosted by Caxton Magazine’s Farmer’s Weekly at Emperors Palace in Johannesburg recently. 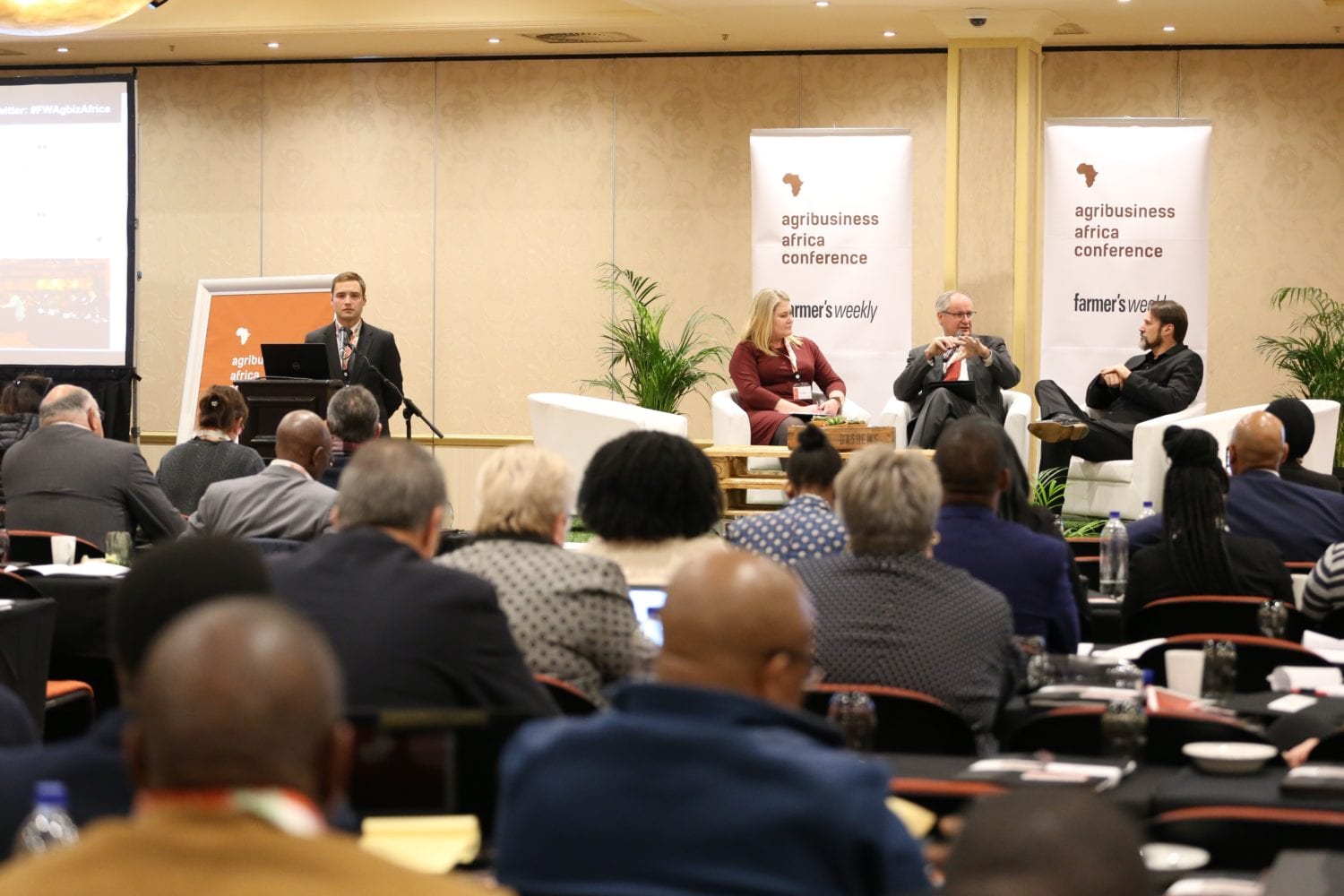 In her opening address Farmer’s Weekly editor, Denene Erasmus said they were pleased by the high number of international delegates at the conference as many of the solutions needed to grow agriculture in South Africa and the rest of Africa can only be made possible through international partnerships.

Anton Botes, General Manager at Caxton magazines adds: “Each of our brand owned and hosted events are carefully thought out to ensure that there is a suitable fit for each of our products, which in turn provides great value to our readers and advertisers. The Agribusiness Africa conference was one such event that also gave Farmer’s Weekly great exposure to both a local and international stage.”

Africa is the second most unequal continent in the world after Latin America, Erasmus said. “While Africa’s first challenge might be to improve economic growth, the second and perhaps greater challenge, given high levels of income inequality, will be to make sure that growth is equitable, and that there is wide distribution of wealth that will reduce poverty and create jobs.”

Referring to this year’s conference theme ‘Partnerships for equitable trade’, Erasmus said it was crucial that as agricultural trade continued to become ever more globalised, Africa’s farmers needed to be given a fair chance to join global value chains.

“Not only will this require the upgrading of existing and the establishment of new agricultural supply chains, there will have to be investment in infrastructure. Corporations will have to invest in the type of research and development that will be useful and beneficial to Africa’s farmers. None of this will be easy, and it will require the right kind of leadership and effective partnerships between government, farmers and private sector investors and corporations.”

According to Chris Potgieter, head of private client securities at Old Mutual Wealth one of the speakers at the conference, demand for food products would continue to increase globally due to population growth and the higher calorie intake of a growing middle class. Strong demand coupled with supply constraints that were likely to occur due to the limited availability of resources such as land and water meant that, on macro level, the investment outlook for agriculture was optimistic.

“Innovation will equip agriculture to cope with the competing challenges of addressing food and nutrition security, improving livelihoods, combating climate change and sustainably managing natural resources. There will be a way to feed the world and money will be made by investors who are able to select the right investments,” he added.

Chicken dumping took centre-stage during one of the panel discussions at the conference. Francois Baird, founder of non-profit trade movement FairPlay, accused the EU of chicken dumping and costing the local poultry industry thousands of jobs as a result of unfair trade practices.

Dessy Choumelova, counsellor for agriculture, food safety and climate change for the EU delegation to South Africa responded to Baird’s statements, saying said that FairPlay’s “media campaign [was] not based on facts”. She had earlier spoken about fair trade between the EU and South Africa as stipulated in the SADC-EU economic partnership agreement (EPA).

Other highlights from the two-day event included a presentation by Dr Theo de Jager, president of the World Farmers’ Organisation who discussed the difficulties facing family farms globally, as well as the keynote addresses delivered by Pieter Geldenhuys, innovation expert and futurist, who spoke about the impact of technology on agriculture over the next five to 10 years, and by Prof Ruth Hall, an associate professor at the Institute of Poverty, Land and Agrarian Studies at the University of the Western Cape, who was discussed issues of land ownership in Africa.

Erasmus concludes, “As South Africa’s oldest and most trusted agricultural magazine, Farmer’s Weekly hosts this annual conference to bring together international farmers and the best farming minds in the world where delegates can debate and discuss national and international agricultural and farming issues.

We appreciate all the interaction and engagement that took place during the two days and look forward to Agribusiness Africa Conference 2019.”

For more about this conference and other Farmer’s Weekly events visit https://www.farmersweekly.co.za/ or email farmersweekly@caxton.co.za.