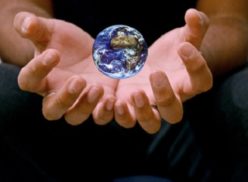 Cape Town – 01 November 2017 – FIVS, an international trade association of representatives from the alcohol beverage trade from around the world, wrapped up its meetings today in Cape Town. The meetings, held on 30 and 31 October at the Radisson Blu Waterfront Hotel, focused on Africa as the “market of the future,” discussing the evolution of important public policy issues throughout Africa under the rubric of the triple bottom line approach to sustainability – environmental, social, and economic.

Under “Environmental Sustainability,” the meeting considered the increasing range of environmental concerns in the production, transportation and sale of alcohol beverage products, and how the industry has responded, particularly in relation to water and electricity usage. Special note was made of the recent catastrophic fires in California, which had direct and distressing impacts on members of FIVS.

Reflecting on Social Sustainability matters, there were sessions addressing how the industry throughout Southern Africa has been working to promote ethical trading, benefitting society, as well as how it has promoted the moderate consumption of alcohol beverages. “FIVS seeks to encourage responsible drinking around the world. I was particularly struck by the deep commitment here in South Africa, which mirrors the extensive commitment by the alcohol beverage industry throughout the world,” said FIVS Vice-President Ignacio Sánchez Recarte.

Under the heading of “Economic Sustainability,” presenters reviewed trade impediments, as well as the plethora of trade blocs and agreements that have direct effects on alcohol beverage trade practices. “Looking at the trade challenges in Africa confirmed the need to coordinate on these issues at a global level, as the trade here not only faces the same issues as in Europe, but our trade is interwoven so that a rule in Europe has a domino impact throughout Africa,” said Kurt Moore, the Chief Executive Officer of the South African Liquor Brand owners Association.

FIVS has seen impressive, continuous growth, particularly during the past two years, further solidifying its role as an effective industry body in its interactions with governments and international organisations. “We are excited about FIVS,” said FIVS President, Greg Hodson.  “It is delivering on the potential that we saw 10 years ago and have been working hard to realize. On behalf of its members, it is now able to advance at the global level the most critical public policy issues in all areas of sustainability.”

The FIVS meetings offer a unique place where individuals can discuss and address the broad array of public policy issues facing the alcohol beverage industry. The next FIVS meeting, open to FIVS members and other interested parties, will be held in Brussels, Belgium, from 16-18 April, 2018. For more information about FIVS, its activities, or upcoming conferences and meetings, please visit www.fivs.org.