Some of the most prominent malodours in wine are corky or mouldy flavours. Apart from the well-known 3,4,6-trichloro-anisole, various other chemical constituents are involved in these flavours (Tanner & Zanier, 1978). They include nitrogen-containing constituents such as 2-methyl-3-ethylthiopyrazine and 2,5-dimethylpyrazine.

Fairly recently 2-amino-acetophenone was identified in German Vitis vinifera wines as the constituent causing an atypical maturation character related to a soapy, acacia flower or naphthalene-type flavour (Rapp, Versini & Ullemeyer, 1993). It has a threshold value of 0,7 to 1,0 g/l in wine. This component is said to occur in higher concentrations in wines made from grapes subjected to drought/stress conditions. This component is also responsible for the well-known, so-called foxy taint of American non-Vitis vinifera hybrids (Acree et al., 1990).

Furthermore, 2-amino-acetophenone is closely related to methyl anthranilate which is a common occurrence in the above hybrid wines (Nelson et al., 1977). Recently, it was also proven that methyl and ethyl anthranilate contribute to the fruity, berry-like, sweet flavours of Pinot noir wines and are therefore considered to be important aroma impact constituents of this cultivar (Moio & Etivant, 1995).

Thiazoles are ring compounds containing both sulphur and nitrogen atoms. The component, 5-(2-hydroxyethyl)-4-methylthiazole was observed in grape and wine distillates and causes a medicinal, peanut-like aroma (Jackson, 1994). 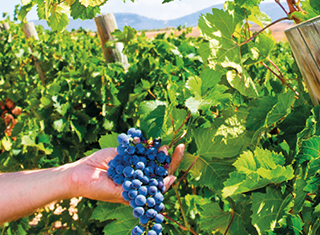 A taste for native 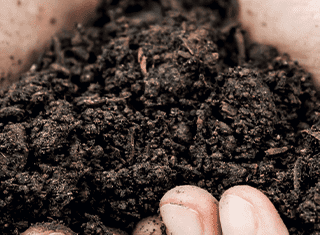 Back to (soil) basics

Driven by a worldwide trend towards regenerative farming practices, producers across the globe are returning to soil management practices... END_OF_DOCUMENT_TOKEN_TO_BE_REPLACED 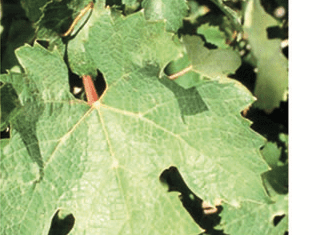 It’s time to have the cultivar conversation

With the wine world still abuzz after Bordeaux winemakers voted in favour of approving seven new grape varieties for... END_OF_DOCUMENT_TOKEN_TO_BE_REPLACED
Go Back
Shares