Most people probably associate South Africa with Table Mountain, the Big Five, braaivleis and the local wines. But did you know SA is at the forefront of plant improvement and the world’s brandy champ? Jana Loots looks at some of the most noteworthy wine-related reasons we can proudly wave the South African flag. 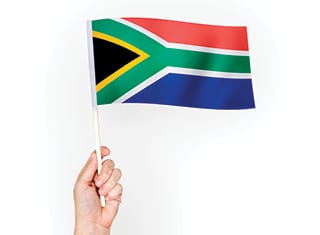 If there were ever a brandy Olympics, our brandies would have joined sprinter Wayde van Niekerk in bringing home gold medals. “We’ve won the IWSC’s Best Brandy in the World trophy 15 times in the past 20 years – more than any other country in the world,” SA Brandy Foundation director Christelle Reade-Jahn says. “To put this into perspective, we compete against entries from over 90 other countries so it’s like winning an Olympic medal!

”What makes our brandies stand out? South Africa has the most stringent production requirements in the world for making brandy, which along with the expertise of our brandy masters, result in brandy of unassailable excellence, Christelle says. The base wines, usually made from Colombar or Chenin Blanc grapes, add a fruity, pleasant softness on the tongue, are of a high quality and contain no sulphites. They are double distilled in copper pot stills and left in 340-litre French oak barrels for a minimum of three years, but can be matured for 20-30 years. “Van Ryn 12 Y/O brandy has won the title best brandy in the world a record four times,” Christelle says. “KWV 15 Year Old is another frequent winner of global accolades, showing consistency in production excellence.”

“Name any renowned international competition or rating and you’ll find that South African wines consistently do well,” Wines of South Africa communications manager Maryna Calow says. Accolades range from wins at the International Wine & Spirit Competition (IWSC), Decanter Awards and International Wine Challenge (IWC) to be-ing included in Wine Spectator’s Top 100 wines list and getting 90-plus ratings. Abrie Beeslaar of Kanonkop Wine Estate was named IWSC World Winemaker of the Year three times in the pastdecade. Fleur du Cap, Nederburg, Plaisir de Merle, Stellenrust, Kanonkop and Jordan won five varietal trophies at the 2017 IWSC and over the past five years South African wines received five platinum awards or international trophies and more than 25 won gold. “Our winemakers’ innovation and drive to achieve exceptional quality over the past few years are evident in these accolades,” Maryna says. “Our message to consumers is clear: You can buy South African wine with confidence and if you’re willing to spend a little bit more, you’re guaranteed to get a lot more bang for your buck.”

To top it all the UN Wine Tourism Organisation said in a 2016 report that South Africa, along with the Napa Val-ley, are two of the world’s foremost examples of wine tourism best practice.

CLEANEST VINES IN THE WORLD

South Africa has the lowest occurrence of viruses or virus-like diseases in the world. Thanks to the South African Vine Certification Scheme, 94% of the vine plant material that’s grafted by nurseries annually is free of harmful viruses and more than 500 000 foundation blocks have a 0.03% leafroll virus infection rate. Renowned researcher from Waite Diagnostics in Australia, Professor Nuredin Habili, says South Africa has the incidence of harmful vi-ruses under control compared with other countries that annually send samples to their laboratory for testing. Nico Spreeth, CEO of plant improvement company Vititec, ascribes the success in this field to thorough research and the practical implementation of the research findings to curb leafroll. Local research body Winetech has spent nearly R20 million on leafroll-related research alone. A practical protocol was rolled out in the industry using free user-friendly fact sheets, continuous information transfer and partnerships involving Vititec, producers and re-searchers to do trials in specific areas, including Vergelegen, Creation Wines and Glenelly.

“Our local researcher on leafroll, Professor Gerhard Pietersen from the University of Pretoria, was approached by the Gimlet Gravels region in New Zealand to help them implement our leafroll control protocol and today this re-gion is practically virus free,” Nico says. Vititec has also received enquiries from producers in Canada, Italy and Israel.

When it comes to ethical practices, South African wine and fruit producers are leading the pack compared with other export countries.

Two thirds of the country’s wine grape crop are produced under ethical conditions by Wieta-accredited producers, and two thirds of all Fairtrade-accredited wine sold globally hail from South Africa. “Between the wine and fruit industries we audit more than 1 000 producers a year,” says Linda Lipparoni, CEO of ethical trade body Wieta. “This demonstrates their commitment to not only measure themselves against legal re-quirements, ethical standards and international benchmarks, but also to continuously improve the work and living conditions of their farm, cellar and warehouse workers.”

The Wieta standard has been benchmarked against the internationally recognised Business Social Compliance Standard (BSCI) used by Scandinavian monopolies and is considered very rigorous, so much so that the govern-ment-owned Norwegian alcoholic beverage retailer, Vinmonopolet, wants the BSCI to adopt the Wieta housing re-quirements within the next few months. A partnership between the SA wine industry and UK and European brands and supermarkets through the Stronger Together programme will strengthen the industry’s joint commitment to ethi-cal practices. “South Africa is one of the few countries worldwide where brands and producers are proactive in their approach to ethical trade, signing the requirements into their contracts regardless of whether wine is destined for overseas or not,” Linda says. “Being ethical lies in the heart of our people.”