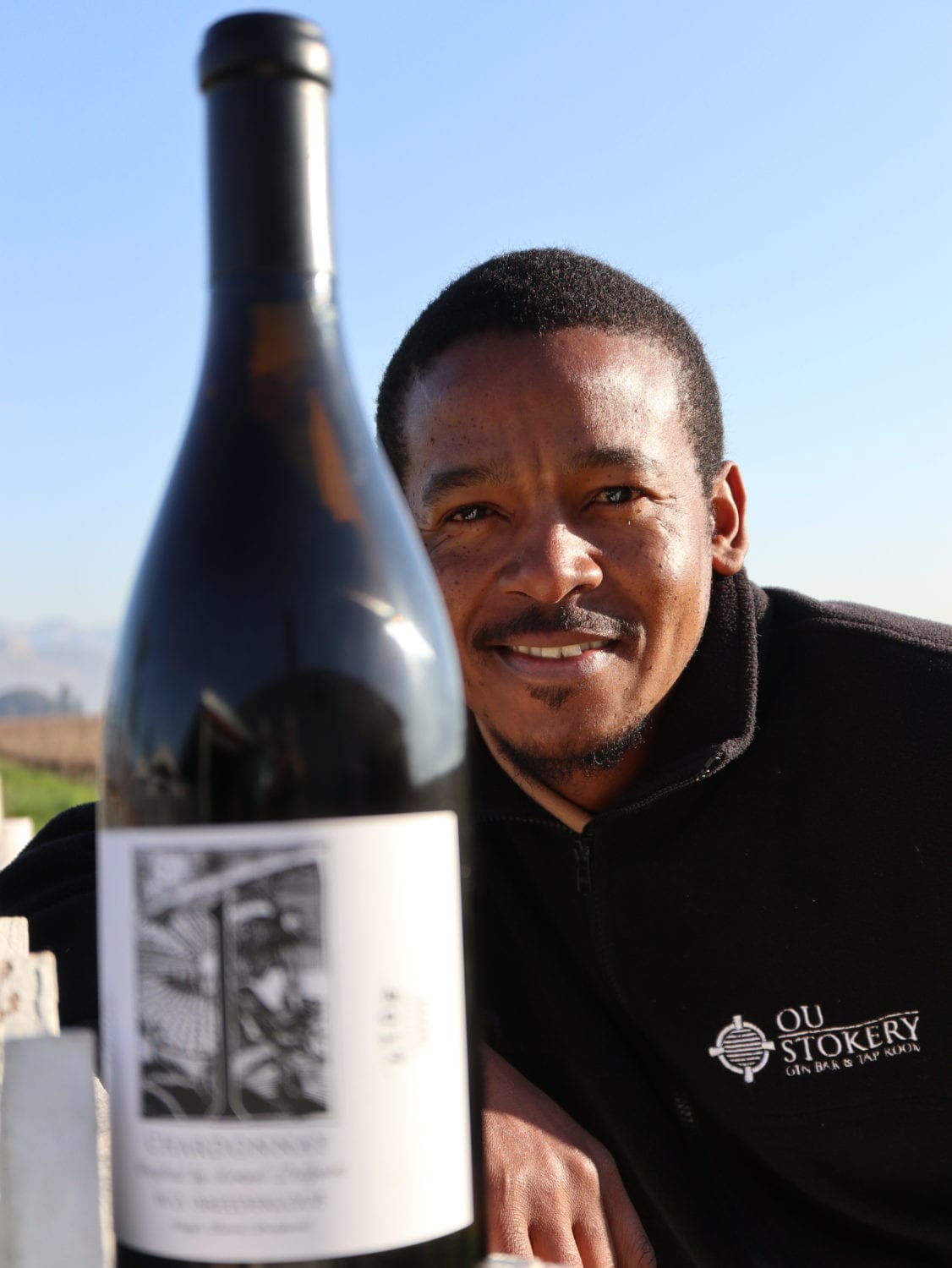 With a clear focus on changing the way people view wine, Israel Delport, former tractor-driver and now assistant winemaker at Stofberg Family Vineyards, has just released his maiden wine: a Chardonnay, simply called ‘1’, referring to the single barrel in which this precious liquid was fermented and matured.

For Israel this is his first exciting foray into the world of winemaking, a world which he says he never thought would be open to him: “As a tractor driver and vineyard worker I always wondered what happened to the grapes after they were delivered to the cellar. It fascinated me. I eventually decided to ask our Cellarmaster, Mariëtte [Stofberg Coetzee] whether I could help in the cellar. It was then that a whole new world opened to me.”

Israel left school when he was 16 to work as a general farm worker, and quickly realised that he felt passionate about winery-related work. It was this positive demeanor that secured him a position in the cellar, where Israel’s natural talent inspired Mariëtte to enroll him for a wine training course at Elsenburg. Here, Israel again excelled, becoming one of only ten students chosen to participate in an exchange program to Burgundy. What followed was a series of firsts: Israel, who only ever traveled as far as Beaufort West, was flown to France, where he completed an internship at Domaine des Terres de Velle – a small boutique Domaine. His internship of six-weeks left a lasting impression, and he returned home with the goal to make wines in the Burgundian style, in the Breedekloof wine valley!Mariëtte fully supported this dream, and under her mentorship and guidance, this vision has now come to fruition: a classy, understated old-world style Chardonnay is now bottled under the name Israel Delport.

Israel reveals that cellar practices involved gentle whole-bunch pressing, to extract the free run juice to ferment in a steel tank. After 15 days the juice was transported to a 3rd fill French-oak barrel to complete fermentation and in which it was matured for nine months.

The result is nothing short of beautiful: the Chardonnay has a bright and rich acidity which mirror the citrus-like aromas in the wine. The generous perfume of the wine further reveals pear and yellow apple, as well as a chalky edge. On the palate, the consumer is rewarded with a hint of toast, butterscotch and a marzipan-like richness – a distinct characteristic of white wines made from grapes grown at Stofberg Family Vineyards.

It is the first Chardonnay made at Stofberg Family Vineyards, a winery which excels in Chenin Blanc and niche varieties like Pinot Blanc, but Mariëtte says that 100% of the proceeds of this wine will be paid to Israel: “The story of Israel’s Chardonnay is incredibly inspiring, but this is only the first chapter. Israel has a bullish will to succeed, and this is the first step in what I hope becomes a very successful business venture for him.”

Israel’s Chardonnay ‘1’ is a spectacular effort, not just for its physical attributes, but for the hope it represents.

“It is a dream that has been answered,” says Israel – and one consumers can now all share in.

Only 250 bottles of the Israel Delport ‘1’ has been bottled, and it sells for R500 a bottle from Stofberg Family Vineyards. Thanks to the sponsorship of Roto Labels who printed the labels, and Sumi Creative Design who assisted with the design, expenses were kept at a minimum, with 100% of the proceeds paid to Delport to plough back into his dream.