Get the Right Talent on board

The AGRIBEE sector codes have been revised, tightening the reins on wine-related businesses. 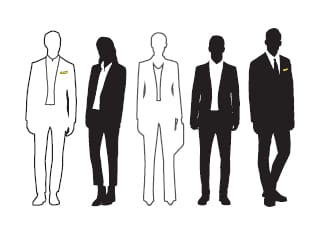 Are you up to date with the latest AgriBEE Sector Code requirements for black-economic empowerment in the agricultural sector? You should be, as non-compliance could work against you and your wine business. Diversifying your board and team with the right talent means you’re on the right track.
“Stricter AgriBEE sector codes brings home the reality that transformation is no longer a choice,” Vinpro transformation and development manager Phil Bowes says.

The amendments to the AgriBEE Codes were promulgated on 8 December 2017 to ensure that people of African ethnic heritage become more significant owners, investors, beneficiaries and decision makers in this part of Africa.
According to the Draft Liquor Amendment Bill of 30 September 2016, wineries must be a Level 4 BEE contributor to be eligible for a liquor licence. This comes at a time when the 2017 AgriBEE Codes have become much stricter in terms of the minimum thresholds required to reach this level of BEE contribution.

EMEs and QSEs that are 51% black-owned still qualify as Level 2 contributors, but the threshold to be classified as Level 1 contributors has been reduced from 100% black-owned to 75%. Level 1 or 2 status can be obtained through a sworn affidavit confirming revenue and ownership, and is particularly beneficial when doing business with government. White-owned businesses are classified as Level 4 contributors if they fall under the turnover threshold of (EME’s).

Under the amended AgriBEE codes, businesses must comply with new targets set for the three priority elements: Ownership, Skills Development and Enterprise Supplier Development. Enterprises that fail to score at least 40% for each of these elements could be marked a level down. The two remaining elements are Management Control and Socioeconomic Development.

“The new B-BBEE targets have rendered it impossible for producer cellars to reach a BEE level 4 under their member patronage agreements – which means the value of the member’s share is determined by grape tonnage – as land reform has not delivered enough black members for this to happen. This has compelled producer cellars to establish a new class of shareholder who would not necessarily own a portion of the business by virtue of their delivered grape tonnages but by virtue of conditions set forth in the BEE act,” Phil says.
Skilled black investors, graduates, business people and employees have therefore become significantly important for future expansion in the wine industry, bringing diverse thinking into management structures.
WHY BOTHER?
“I’m often asked by enterprises whether they should bother with BEE verification,” Phil says. “My advice is that they continue to seek help to improve their BEE contribution levels and continue to demonstrate evidence of contributing to the elements under their specific circumstances. In the absence of such evidence, a potential enforcement of the BEE Level 4 requirements might be less easily defendable in court.
“I believe the amendments to the AgriBEE Codes are meant to speed up economic growth to avoid what Clem Sunter prophesised as a retrogression towards a Wasteland 20 years into democracy.
“Let’s seek out the talent and develop people into a diverse group of thought leaders in a competitive global wine industry. Transformation is no longer a matter of choices,” Phil says.