What do you get when you study chemistry and are naturally inquisitive? A winemaker! Wanda Augustyn discovers how small the leap from chemist to winemaker is. 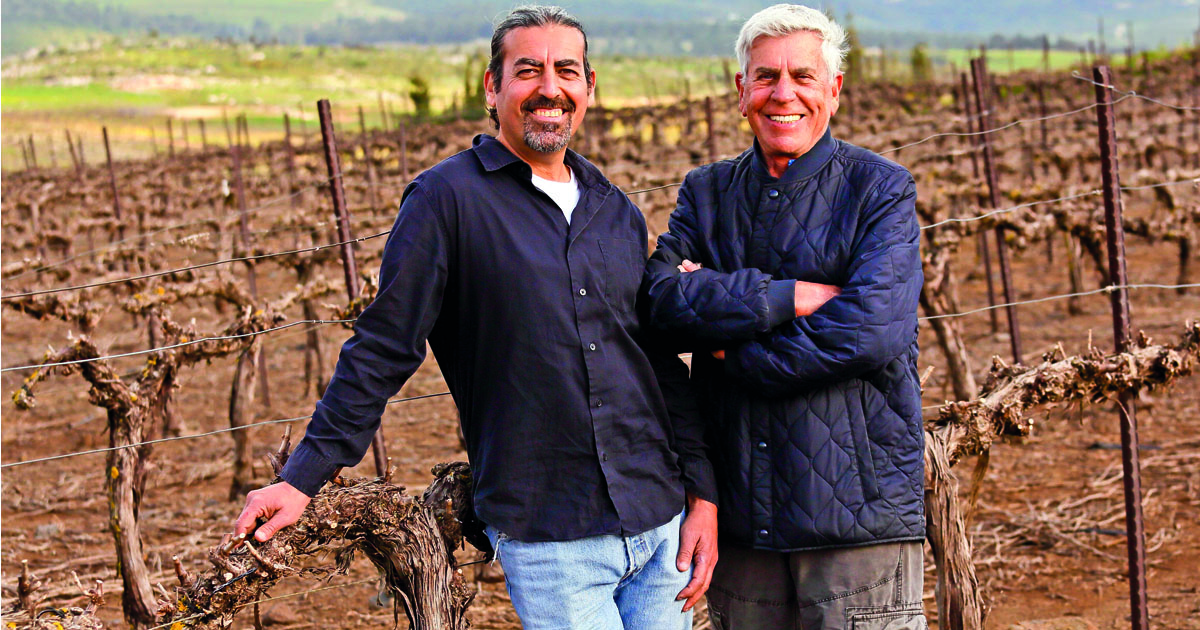 Margalit Winery is run by Yair Margalit (right) and his son, Asaf (left).

It all started in 1977 after Yair Margalit obtained his PhD in physical chemistry from the Israel Institute of Technology and spent his first sabbatical at the UC Davis department of chemistry. To get to the department he had to drive past the oenology department and, being naturally inquisitive, the road led to the start of another chapter in his life.

“I was curious,” he says. “I went to several lectures on winemaking and fell in love with the subject. For a chemist, it’s a very easy jump.”

He spent the next six years experimenting with ways to make quality wine and passed the wines on to his friends to try. At this stage he was working from his backyard and had no intention of turning his hobby into a commercial venture. It was only after tasting the 1989 vintage of his Cabernet Sauvignon that he thought he was onto something bigger than just a backyard experiment.

A walk down memory lane

Margalit Winery was founded in 1991 after the 1989 Cabernet Sauvignon attracted the attention of more than just family and friends. Initially the winery was established in a small village near the town of Rehovot, Israel, but in 1994 it was moved to its current location near the Mediterranean coast, midway between Tel Aviv and Haifa. The interest in the small boutique winery grew slowly and this year it celebrates 30 years of winemaking.

Today Margalit Winery is run by Yair and his son, Asaf. “Initially we had to find our grapes via the backdoor because all the vineyards were tied into long-term contracts,” Yair says. “It took us several years to realise that unless we owned our own vineyards and grew our own grapes, we wouldn’t be able to produce the kind of wine we wanted to. In 2001, 10 years after establishing the winery and making a name for ourselves, we planted our first two vineyards in the Upper Galilee and Binyamina, and in 2011 we planted our third vineyard in nearby Zichron Yaakov.”

Controlling their own destiny

Only grapes grown on these three vineyards are used to make Margalit wines. “We don’t buy grapes from any external source,” Yair says. “This means we have full control over the human factor in wine. The rest depends on nature.”