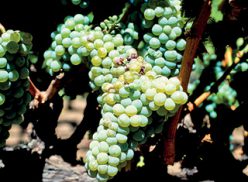 This paper aims to communicate the information and insights obtained from a visit to Marlborough, New Zealand in 2016. Industry workshops on Sauvignon blanc production were hosted by the New Zealand Society for Viticulture & Oenology where researchers and producers shared knowledge and ideas on traditional, as well as novel methods of producing top quality Sauvignon blanc wines. As always, the volatile thiols were the focal point of most of the discussions and this paper will attempt to share some insights, among other, new information that has recently come to the fore. A great deal of the work mentioned in the paper was presented by Prof. Paul Kilmartin from the Wine Science Programme at the University of Auckland in a presentation titled “Thiols in Sauvignon blanc”.

Sulphur compounds in wine include a wide range of usually very potent aromatic molecules. In practice these compounds are referred to as mercaptans or volatile thiols, both indicating compounds containing the sulfhydryl group (-SH). The wine industry and even research circles have grown accustomed to some of these generic terms being used for specific compounds. For instance, the term “volatile thiols” (sometimes also called “varietal thiols”) immediately sparks a preconceived reference to fruity and tropical aromas, while “mercaptans” in general refer to compounds contributing to the reductive odours reminiscent of cabbage and burnt match. In some cases the term “sulphur” is used to describe either of these odour groups or even refer to the typical “chemical” smell when sulphur dioxide is picked up sensorially and could cause confusion during evaluations.

These sulphur containing compounds are one of the main reasons for the success observed in Marlborough Sauvignon blanc, with concentrations soaring to levels we can only dream of in South Africa. They are, however, not limited to one variety and significant contributions have been observed in other varietals, such as Riesling, Colombard, Sémillon, Cabernet Sauvignon and Merlot. Research conducted at Stellenbosch University involves screening South African Chenin blanc wines to investigate the impact of volatile thiols on the characteristics of this varietal. So far, preliminary results look promising and could affect the way in which this variety is handled in the vineyard and cellar. However, to date, Sauvignon blanc has enjoyed the most attention when it comes to these potent molecules, due to the fact that large quantities can be found in wines made from this cultivar.

Research regarding the volatile thiols has been the hot topic in the recent years. Studies conducted at various universities around the globe have only recently clarified numerous questions regarding these potent aromatic compounds. A reason for this could be the difficulty surrounding the analysis of the volatile thiols. Volatile thiols are present in wines at ng/ℓ (parts per trillion), which complicates the quantification significantly. Various methods using sophisticated instrumentation (and often lengthy and tedious sample preparations) are employed to successfully and accurately measure the volatile thiols in wine. The ability of these compounds to impart such a potent aroma in wine is somewhat of a wine phenomenon on its own. The trace concentrations present in wines have the ability to generate various fruity descriptors due to the very low olfactory detection threshold (lowest concentration at which 50% of the population are able to detect the aroma).

There are three main volatile thiols responsible for the tropical fruit nuances in wines. These are 3MH (3-mercaptohexan-1-ol), 3MHA (3-mercaptohexyl acetate) and 4MMP (4-mercapto-4-methylpentan-2-one). The smell is quite potent (or “punchy” as the Kiwis say) at higher concentrations and descriptors used include tropical fruit, passion fruit, grapefruit, guava, gooseberry, boxtree, tomato leaf and blackcurrant. Recently it was also discovered to contribute to the “green” odours in wine, such as green pepper and stalky, attributes generally assumed contributed only by methoxypyrazines (another aroma group significantly adding to Sauvignon blanc flavour).1,2 Recently wine sensory evaluations have seen the use of the term “thiols” on the tasting sheets. The term has not been properly defined, however, it is assumed to refer to the general group of attributes that is brought by the volatile thiols. The fact that the volatile thiols can contribute to both fruity flavours, as well as green odours, can be challenging.

The concentration of these impact compounds in wine will influence the intensity of the attributes, however, the concentration will also determine the descriptor used to describe the wine.1,3 For instance, “lower” concentrations 3MHA will impart passion fruit, guava and gooseberry odours, while a sweaty aroma develop at higher concentrations. Cat’s pee as an aroma descriptor has also been used at elevated volatile thiol concentrations and some consumers even find it pleasant, while most might find it repulsive. However, during ageing, the concentration of the thiols will change due to degradation or oxidation and with this alteration a change in aroma attributes will also occur. When this happens, the wines that contained an initial higher concentration of volatile thiols might display fruitier wines for a longer period of time compared to the wines that contained lower initial quantities.

Concentrations of volatile thiols found in international wines vary significantly with Marlborough wines generally taking first place. Typical New Zealand Sauvignon blanc wines are in the range of 100 – 20 000 ng/ℓ for 3MH, 5 – 2 500 ng/ℓ for 3MHA and 2 – 50 ng/ℓ for 4MMP. South African Sauvignon blanc wines’ thiol content are in the order of 29 – 6 700 ng/ℓ for 3MH, 1 – 3 100 ng/ℓ for 3MHA (based on results from VinLab for 2014 to 2016) and 2 – 122 ng/ℓ for 4MMP. The effect of “minor” differences in thiol concentrations between wines are also under question. In wines where 3MH concentration varied from 0 – 875 ng/ℓ the aroma of the wines did not greatly differ2 and it seems a higher concentration of thiols are needed to really have an impact on the wine aroma (even though concentrations greatly exceed perception threshold). It might be worth investigating at what specific concentration the volatile thiols will in reality start having an influence on specifically white wines from South Africa.