Hot wine in a changing world 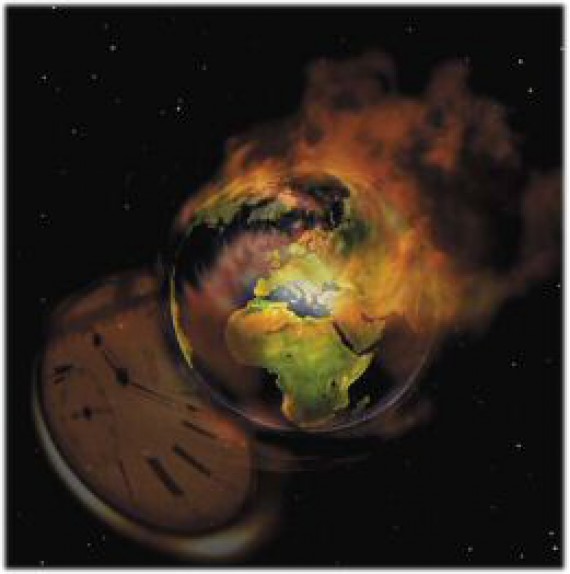 Global warming isn’t just about a vaguely uncertain future. Climate changes are happening now and the wine industry had better take notice before it’s too late. LEONIE JOUBERT* looks at winemaking in a warmer world.

Deciduous fruit farmers in the Cape have had their collective eye on the climate for some time now. They’ve noticed a steady increase in maximum and minimum temperatures over the past three decades and it doesn’t bode well for an industry which is already on the margins of viable production.

Dr Stephanie Wand, horticulturist at Stellenbosch University, said an overall increase of 1C has been recorded by farmers, although in some areas the increase is by as much at 2 – 3C. Climate modelling by some of the country’s leading scientists in the field indicate that certain areas (Wand identified Elgin and Villiersdorp) could be too hot for the production of export quality apples 50 years from now.

The future of grape cultivars is less bleak – they are, after all, tougher and more heat resistant than deciduous fruit. Even so, they will not go unscathed.

A significant increase in global temperature has kept pace with increases in atmospheric carbon dioxide (CO2) and other greenhouse gases. The United Nations Intergovernmental Panel on Climate Change (IPCC) puts current CO2 levels at the highest they’ve been in the past 420 000 years – and possibly even in the past 20 million.

Because of this, the 1990s was the northern hemisphere’s warmest decade of that century and 1998 was the warmest year of the previous 1 000. Data is not available, though, for a similar comparison south of the equator.

Piggy-backing on this work, the National Botanical Institute’s (NBI) climate change unit predicts that CO2 levels by 2050 could translate into an uncertain future for agriculture in the southern hemisphere as “large areas will become as much as 3C warmer and much drier”.

Vineyards in the Northern Cape will be hardest hit as inland temperatures of this already hot area climb by 2,5C – 4,5C. The Western Cape’s vineyards will be spared the worst as the ocean is expected to moderate the warming effect, keeping increases to about 0,5 – 1C.

It’s the change in rainfall regime that may be more critical for the industry where the region’s water supply is already beleaguered by drought and shortage of storage facilities. A seasonal shift is also expected, reflecting those of the past two years where the bulk of the season’s rain has fallen very late in winter and early spring.

Distell viticulturist Prof Eben Archer said the industry needed to start thinking about strategies and adaptations to these projected changes. “We’ll need to be much more careful with terroir selection for heat sensitive varieties such as Sauvignon Blanc.

“Rootstock which is adapted to heat stress, meaning it can supply water quickly to the plant, will become the norm and we’ll have to prepare sites very well before planting so that root volume favours water delivery.”

“Farmers in the Upington area could teach the Western Cape a great deal regarding vineyard management and techniques of cultivation in a hot region,” Archer said.

Some solutions could come from the laboratory through the bio-engineering of tougher plant material.

Then, of course, there’s always the option of moving to cooler sites, for those farmers with the means to do so. As places such as Robertson or Stellenbosch become uncomfortably warm for any self-respecting Cabernet, there is still arable land in the vicinity of Gansbaai and Elim. But with stringent laws under the new National Environmental Management Act and the need to conserve the extremely rare Cape Floral Kingdom, farmers might want to think twice before putting a plough to undisturbed vegetation.

Flagstone’s Bruce Jack, who enjoys the luxury of not being tied to property in this changing climate, said that while global warming is of great concern to him, he doesn’t believe the region will ever become too hot for wine production.

“There is enough geological diversity in this part of the world. Farmers can still seek out cooler pockets and plant on slopes.”

As water restrictions are again imposed on the Cape Metropole, farmers are reminded that the demand for water is soon expected to outstrip supply. Even the R1,4 million planned Berg Water Project near Franschhoek will only meet the need until 2014, where-upon new sources of water will have to be found.

No amount of vineyard migration will avoid the impact of increasing atmospheric CO2. Vines absorb

CO2 to build their carbon-rich architecture so increases could have a positive effect. Tests conducted by the University of Cape Town and the NBI showed that indigenous trees under increasing levels of atmospheric CO2 grew faster and stronger. They can also expect to become more water efficient – a good thing in a drying region. But it doesn’t necessarily translate to better quality grapes.

Increasing temperatures might cancel out the effect of “CO2 fertilisation” regardless, as vines shut down the photosynthesis process at temperatures upward of about 35C.

Consumers will have to get accustomed to a different taste, too. “The compound responsible for those grassy characters in wine, metoxipyrizene, is very susceptible to heat damage. It is present in all cultivars to a greater or lesser extent so all wines will be affected by heat,” says Archer.

Wines will tend towards being fruity, rather than vegetal, and will have “less body and less ageability”, similar to those coming out of the Northern Cape’s hot climate.

The one bit of good news in all this is that rising sea levels are not expected to impact on the Cape fruit industry because vineyards and orchards are far enough inland to escape the advancing high tide mark.

*Leonie is a Masters student in Science Journalism at the US, and is a specialist writer on climate change relating to agriculture and the environment.

The knowledge gap
There’s no doubt that global warming has moved out of the realm of science fiction – but the industry doesn’t seem to have followed suit. ARC Nietvoorbij and Stellenbosch University’s Department of Oenology and Viticulture are the two institutions leading the way in wine research. Neither of these have initiated climate change related studies. Several industry personalities agreed that this is the fault of the wine industry itself. Because the wine industry largely funds research, it drives the research agendas of these institutions.

“It’s literally a matter of those subjects which arise in debate most frequently are the ones which become the focus of research,” Archer explained.  Currently wine producers are not talking about climate change and until they do, Archer and others agreed, it will not become the subject of much-needed research.

“I hope this will change soon,” said Archer, “because I’m worried we’re lagging behind.”

The Cap Classique Producers Association has re-positioned its marketing objectives to highlight the importance of time in the making... END_OF_DOCUMENT_TOKEN_TO_BE_REPLACED

The South African wine industry acknowledges the greater understanding from government with the announcement of the latest excise duties... END_OF_DOCUMENT_TOKEN_TO_BE_REPLACED

The wine industry body Vinpro recently appointed Dr Langelihle (Langa) Simela to its board to provide strategic insights into... END_OF_DOCUMENT_TOKEN_TO_BE_REPLACED
Go Back
Shares