How higher alcohols and volatile phenols impact on key aromas

This article is one of a series which covers the fungal and bacterial origins of wine aromas. These articles detail esters, aldehydes, volatile fatty acids, volatile phenols, sulphurous compounds and higher alcohols. The old adage “one man’s trash is another man’s treasure”, holds true with these compounds.

The subsequent reduction of aldehyde into alcohol maintains the redox balance within the cell (Margalit, 2004; Pretorius & Lambrechts, 2000). If nitrogenous compounds are lacking in the must (i.e. ammonia or free amino nitrogen), the yeast will be forced to scavenge nitrogen from available amino acids and the transamination process will leave behind fusel alcohols as a by-product (Boulton et al., 1996; Margalit, 2004; Ribereau-Gayon et al., 2006; Webster et al., 1998). The converse is also true: an excess of nitrogen leads to less formation of fusel alcohols (Aragon et al., 1998). The formation of higher alcohols does not always require an amino acid precursor. For example, α-Ketoisocaproate forms as a reaction between α-Ketobutyrate (a product of pyruvate) and acetyl CoA. This product is a precursor to leucine and isoamyl alcohol (Ribereau-Gayon et al., 2006). Anabolically formed higher alcohol from sugars can occur during fermentation using the aforementioned pathways (Boulton et al., 1996). Hence, chaptilisation can increase fusel alcohol concentration (Klingshirn et al., 1987). Roughly 35% of the fusel alcohols found in wine come from glucose (Zoecklein, 1999). As the amino acid content of a juice rises, the concentration of catabolically formed higher alcohols increases (e.g. those formed through the Ehrlich mechanism), which spurs a corresponding decrease in anabolically formed higher alcohols (Giduci & Zaomonelli, 1993). Higher alcohols are also produced by spoilage yeast and bacteria, which cause off-aromas. Noble rot can lead to the formation of 1-octen-3-ol, which creates a pleasant mushroom odour due to the enzymatic degradation of linoleic acid.

Higher alcohols generally have little influence on the sensory impact of table wines. Their impact is much greater in products of distillation (Boulton et al., 1996). The high molecular weight of fusel alcohols gives them higher boiling points. Therefore, it is crucial to maintain a temperature of around 80ºC (±5ºC) during distillation to attain ethanol. If the temperature surpasses this range, a distillate of concentrated fusel oil may result. Higher alcohols may be most fully appreciated in fortified wines such as Port (Pretorius & Lambrechts, 2000).

Although it varies based on aromatic intensity, the impact of higher alcohol on the sensory characteristics of table wine may be limited. If harvest rains dilute the must, then the aromatic intensity will decrease, and the impact of fusel alcohols will increase (Ribereau-Gayon et al., 2006). Straight-chain high alcohols have a low threshold of detection. At low concentrations (<0.3 g/ℓ) they can contribute to the complexity of wine aroma (Pretorius & Lambrechts, 2000). However at higher concentrations, they can be overpowering. Likely, the most significant aspect of higher alcohols is their function in the formation of esters. Fusel alcohols affect wine ageing by undergoing esterification with organic acids. The pace of these reactions is slower than the esterification that occurs during fermentation. Therefore, it takes a prolonged period of bottle ageing before these tertiary bottle esters can become perceivable (LaGuerche et al., 2006). Higher alcohols may account for half of aromatic constituents in a wine and can even contribute a unique herbaceous aroma (Jackson, 2008). Boulton et al. (1996) claim a low fusel component in dessert wines results in a thin and simple product. Some higher alcohols are derived from phenolics, such as 2-phenylethanol, or phenethyl alcohol. Although this alcohol is not generally classified as a higher alcohol, many believe it should be considered as such, as it is highly aromatic and causes a rose-like scent (Boulton et al., 1996). Aside from phenethylethanol, most higher alcohols will have an unpleasant odour at high concentrations.

Winery practices can influence the rate of higher alcohol formation during fermentation. Elevated fermentation temperatures, the encouragement of an aerobic environment, excessive turbidity within the must, chaptalisation, and fermenting within pressure tanks all encourage the production of higher alcohols. An increased pH will also result in larger amounts of fusel alcohols. Conversely, the addition of SO2 suppresses fusel alcohols (Zoecklein et al., 1999).

The concentrations at which yeast forms higher alcohols is dependent upon the genus, species and strain. Although yeast manufacturers claim their strains produce fusel alcohol, this may not be of consequence to the winemaker. The level of higher alcohol is generally so low in table wine that it is unnoticed; a concentration high enough for perception may be found off-putting (Boulton et al., 1996). Regardless, studies show the strain of yeast significantly impacts on the amount of higher alcohols produced (Antonelli et al., 1999; Mateo et al., 1991). Herraiz et al. (1990) noted a marked difference in higher alcohol production among apiculate yeast when compared to S. cerevisiae. Yeast that carry out a portion of alcoholic fermentation (e.g. Kluyveromyces thermotolerans) produce more fusel alcohols than the more robust fermenters such as Schizosaccharomycespombe. This suggests more fusel alcohols are found in wines produced from wild fermentations. Similarly, the same is likely true in wines where the commercial yeast used includes a blend of a non-Saccharomyces species, which partly ferments the must before the fermentation is taken over by a Saccharomyces strain (Boulton et al., 1996).

We normally think of phenolics as major contributors to a wine’s mouthfeel and colour. However, the phenolics in the grape are a source of hydrocinnamic acid esters. These esters, most importantly ferulic and coumaric acid esters, can be synthesised into volatile phenols by yeast. There are two “classes” of phenols. There are the vinylphenols (4-vinylphenol [4-VP] and 4-vinylguaiacol [4-VG]) which are found in white wines and there are the more commonly discussed ethylphenols (4-ethylphenol [4-EP] and 4-ethylguaiacol [4-EG]) which are found in red wines. These compounds are found at low concentrations and have a very low sensory threshold. Volatile phenols are associated with aromas described most commonly as “medicinal”, “barnyard”, “sweat” and “animal”. The most common culprit in the production of these compounds is the Brettanomyces and Dekkera species of yeast (Pretorius & Lambrechts, 2000). It should be noted that 4-vinylguaiacol is not always considered a fault, as in Gewürztraminer it is associated with clove/spicy aroma. 4-vinylphenol is responsible for a carnation-like aroma in Gewürztraminer (Stefanini et al., 2000). This component of the varietal aroma of Gewürztraminer is likely due to an unusually high quantity of ferulic and coumaric acids present in the juice of this variety.

The volatile phenols are always found together in wine (i.e. a wine with 4-VP will also have 4-VG). The sensory threshold for the combination of vinylphenols is over twice that of the ethyl-phenols (Table 1).

Volatile phenols are microbial derived products formed from odourless precursors which are present in all grapes (ferulic and coumaric acids). It was assumed that lactic acid bacteria were culprits for the production of off volatile phenol aromas in wines. However, it has been demonstrated that off phenol aromas are more likely to arise from Brettanomyces/Dekkera (Chatonnet et al., 1995). S. cerevisiae can produce the vinylphenols through the decarboxylation of cinnamic acids (coumaric or ferulic). Coumaric acid is decarboxylated to form 4-VP and ferulic acid forms 4-VG. This decarboxylase activity of S. cerevisiae is why these vinylphenols are intrinsic to the varietal aroma of Gewürztraminer. This formation of vinylphenols can only happen during alcoholic fermentation and will not continue to occur while the wine is stored on yeast lees.

Brettanomyces/Dekkera (Brett) is the microbe which produces volatile phenols of most concern to makers of red wines, 4-ethylphenol and 4-ethylguaiacol. Brett can infect wine at any part of the winemaking process, but is most notably an issue during barrel ageing of wines, as the micro-organism can be found up to 8 mm deep in the wood (Malfeito-Ferreira et al., 2004). Brett has the same decarboxylase activity previously mentioned and can synthesise vinylphenols. Brett further reduces the vinylphenols by a vinylphenol reductase to form the more odiferous ethylphenols that we associate with this wine fault. Brettanomyces contaminations are most easily avoided by judicious hygiene, including sulphuring red wines to >0.5 ppm of free molecular SO2 during barrel ageing after the completion of malolactic fermentation. All of the methods for barrel cleaning currently available to the winemaker will not sanitise the barrel and cannot completely remove Brettanomyces from the crevices within the wood. However, ozone and steam may delay the onset of infection by killing the yeast on the surface of the wood and significantly reducing some of the population in shallower areas of the stave (up to 2 mm). It is for this reason that sensorial monitoring of barrelled wine is of utmost importance. If one detects Brettanomyces, one can minimise the impact by removing the wine from the vessel and topping it up with sulphur to a free molecular SO2 of 0.5 – 0.8 ppm and undertaking sterile filtration on the lot (Braulio et al., 2011). Dosing the wine with Dimethyl dicarbonate prior to bottling if the infected lot is to be blended with uninfected wine will further protect the wine from potential spoilage in bottle (Renouf et al., 2008).

Currently, there are few methods for the winemaker to “clean up” 4-EP and 4-EG in a wine after a Brett infection. The most promising low cost method is through fining with yeast lees (Chassagne et al., 2005). More high tech/high cost methods have also been developed, such as a procedure using reverse osmosis/adsorption (Ugarte et al., 2005), the use of esterified cellulose as a filtration medium (Larcher et al., 2012), and using a molecularly imprinted polymer (Garde-Cerdan et al., 2008).

Wine is commonly referred to as a “complex matrix”. However, by breaking wine down into its fundamental components, we can begin to understand how to better manage our vineyards and wineries to attain the wine styles that our markets desire. Higher alcohols and volatile phenols could be considered a fault or aromas that are intrinsically valuable to our wine style, depending upon what we are trying to achieve. It is crucial to understand how these compounds arise and how vintners can manage them effectively and efficiently. 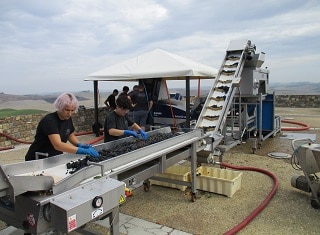 As the primary source of wine the quality of grapes play a crucial role. Vineyard management is its first... END_OF_DOCUMENT_TOKEN_TO_BE_REPLACED

The most prevalent in vineyards and well characterised molecularly, but still relatively unknown. Vast amounts of virus genome sequence... END_OF_DOCUMENT_TOKEN_TO_BE_REPLACED 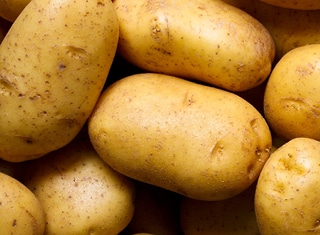 Republished with permission from Wine and Viticulture Journal, Autumn 2019.   In 2009, Laffort developed a protein derived from... END_OF_DOCUMENT_TOKEN_TO_BE_REPLACED
Go Back
Shares